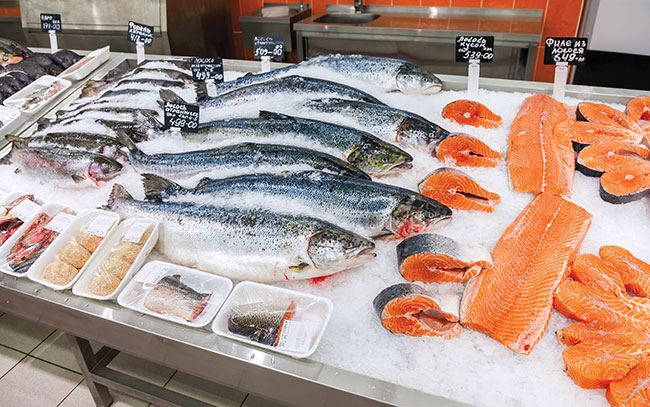 The National Fisheries Institute (NFI) on 16 June cautioned its members not to be misled by news stories linking imported salmon to COVID-19 that emerged in a Beijing market.

NFI said the news on 13 June in China alleged that a “European strain” of the coronavirus has been discovered in the Xinfadi food market in Beijing and that imported salmon may have brought it into the country. The news led to the cancellation of orders for Norwegian salmon that weekend.

But former FDA commissioner Dr. Scott Gottlieb told CNBC’s Squawk Box that the theory is unlikely. “The idea it hitched a ride on fish is highly implausible. I mean it is absurd. I can’t see any plausible scenario where this virus rode in on a salmon,” he said. Other experts echoed those sentiments.

On 17 June, Norway’s fisheries and seafood minister announced that Chinese and Norwegian authorities have concluded salmon from Norway was not the source of the coronavirus found at the market, reported The New York Times.

China is still a small — but fast-growing — market for salmon.