'Farmed versus wild’ is often heard in the seafood industry but for 10 days in British Columbia’s Comox Valley the farmed and wild seafood sectors came together under one banner to promote BC seafood. 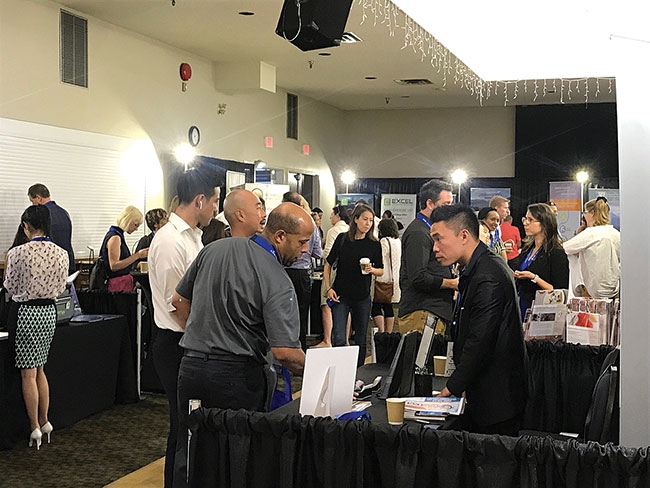 Roughly 50 seafood exhibitors participated in the two-day BC Seafood Expo, the trade show and conference program within the 10-day BC Seafood Festival that celebrated the province’s seafood bounty from June 7-16.

The event welcomed a record 5,000, mostly local consumers, but also overseas attendees that included around 80 buyers representing major seafood suppliers from Europe and Asia, according to the event organizer, the Comox Valley Economic Development Society.

“All of our free and ticketed events such as plant tours, wharf tours, and an incredible range of educational interactive programs for the trade and consumers–we saw through the entire festival close to 5,000 individuals taking part in something,” John Watson, executive director of the non-profit society, told Aquaculture North America (ANA).

“The record attendance tells me that people are starting to realize that it’s important for British Columbia’s seafood industry to come together once a year as a group and support the entire BC seafood industry,” he added.

Deputy Minister of Agriculture Wes Shoemaker said the event was “our chance to really shine on the global stage because of the quality premium products that we offer in British Columbia.”

“What we’re seeing here are a lot of our producers and harvesters. They have a personal story to tell and they care about the way the product is harvested sustainably and care about the reputation of British Columbia as a producer of quality product,” Shoemaker added.

The trade show and conference program presented seafood suppliers and buyers platform to conduct business on site and the opportunity for face-to-face interactions. Around 500 individual meetings occurred between different buyers and suppliers during the event, thanks to a streamlined matchmaking system that the organizer launched more than a month prior to the event.

“We wanted to ensure that when people come for the first time to Canada, they have access to a direct supplier of the product that they’re looking for. We can make those connections online, so those resulted in hundreds of meetings that have now been scheduled over the course of their time here,” Watson said.

First-time attendee Chris Hanselman of Hong Kong-based Pacific Rich Resources said the trade show was much smaller than he expected. “But not at a derogatory sense. The trade fairs that we go to in Asia are massive but that’s not necessarily good. Here it’s much more intimate,  everyone’s made such an effort to make us feel at home. I came here expecting to find a really good supplier, but actually I also learned a lot about the industry, the problems that people are facing, which is very important for me to know, as a seller,” said  Hanselman, whose clientele includes airline catering companies.

Representatives of the seafood industry, academia, governments and environmental groups had the opportunity to discuss those pressing issues. Topping the agenda was the industry’s sustainability. “Not one industry should shoulder all the blame” in the marine pollution crisis, acknowledged Josh Temple, co-founder of the Coastal Restoration Society. He called on everyone to pitch in to the efforts to clean up the coasts. “It’s important to recognize that we’ve kind of entered a new era in terms of cooperation. This is a very real crisis that’s going to affect us for many, many generations to come and it’s only getting worse every year,” he said.

A session on innovations in farmed, harvest and wild fisheries offered insights into recirculating aquaculture systems (RAS). There’s been a lot of buzz on the promise of RAS but the consensus among the panelists was that the proof would be in the pudding. “We won’t know if these are truly successful businesses until they’ve done three or four cycles through and they’ve got a stable base of production,” said Jeremy Dunn, Mowi’s director of community relations and public affairs. Fellow panellists Sean Wilton, Agrimarine Holdings CEO, and Steve Atkinson, president of Taste of BC Aquafarms echoed Dunn’s sentiment.

Watson believes the event has shown BC’s seafood industry is capable of producing far more product. “Canada can be a big player in driving increased production in seafood, both wild and farmed, in a world that needs protein,” he said.