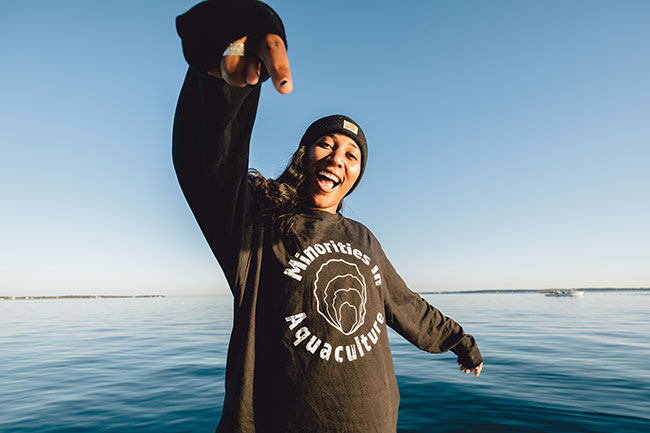 “I don’t want diversity and inclusion to be just buzzwords because of what happened in 2020. I want them to be real in action, says Imani Black, founder of Minorities in Aquaculture (Photo: Caroline J. Phillips)

Imani Black is passionate about the aquaculture industry. Her résumé includes a degree in Marine Biology, an internship at the Chesapeake Bay Foundation’s oyster restoration program, stints at several oyster hatcheries and farms and, currently, she is a faculty research assistant at the University of Maryland’s Horn Point Laboratory.

However, in the aftermath of the killings of African American men Ahmaud Arbery and George Floyd and the strengthening of the Black Lives Matter movement, she decided to use her experience to help address the lack of diversity in aquaculture. She said the realization dawned on her after seeing support from aquaculture societies for the movement.

“Thankfully, they were sending out their statements on the Black Lives Matter movement and lack of diversity,” says Black. “A lot of them were saying, ‘we’re going to have more conferences and forums and discussions about how to make aquaculture more diverse.’ And I thought to myself, how are people that don’t look like the target audience going to really influence people to get into this field?”

Thus, she created Minorities in Aquaculture, a nonprofit dedicated to helping women of colour to pursue a career in the field through outreach and education opportunities, such as internships and mentorships.

But while many in the industry have expressed a desire for diversity and inclusion, there are significant challenges.

Lack of data
One of the biggest challenges when examining and ultimately addressing diversity in the aquaculture sector is the lack of data on the participation of minority populations in the workforce and the potential barriers they face.

The availability of data “doesn’t remove all the unconscious bias from a situation, but it does provide a lot of insight in making people aware,” she says.

The United States Aquaculture Society (USAS) is currently addressing this deficiency.  It is conducting a diversity survey among its 454 members, the results of which are scheduled to be released at the 2021 Aquaculture America conference in August.

Women in a male-dominated space
Data regarding the gender demographics in aquaculture is only slightly more accessible. Sector data is rarely broken down by gender or sex, according to the research report, “Gender and Aquaculture Value Chains: A review of key issues and implications for research,” published online in 2017.

The more recent Food and Agriculture Organization’s State of World Fisheries and Aquaculture (Sofia) report,  released in 2020, indicates that men still vastly outnumber women in the aquaculture sector. The report states the Americas actually have the lowest percentages of female employment, at roughly 10 percent. The report also notes that “women are often assigned the most unstable roles, or poorly paid or unpaid positions that require lower qualifications.”

In 2018, the government of Prince Edward Island conducted a survey examining barriers to further female inclusion in the aquaculture, agriculture, and fisheries sectors. The top barriers identified were pregnancy, gender bias and managing “traditionally female” tasks such as childcare and housework. Half of the respondents indicated they had witnessed or personally experienced gender bias at work.

“Some women feel unsafe in male-dominated fields because of certain gender aggressions and gender stereotypes that women are the weakest links in crews out on boats and things like that,” says Black. “Some women are really resilient, really driven when it comes to standing up against that perception, but some women don’t want to deal with that in the workplace.”

While Black notes that she has benefitted from the support of both male and female mentors in the industry, inadequate female participation can serve to increase competition and friction between women.

“There are women that are operating from this place of fear, that there’s only one seat for a woman at the boys’ club,” says Black. “So then it’s kind of survival of the fittest. She has to be the alpha female. In those situations, it’s really frustrating and really saddening because that’s what male-dominated fields do. You really start operating from a place of survival.”

The aforementioned “Gender and Aquaculture Value Chains” report found that women appear to participate more commonly in post-production stages of the industry, such as processing, however they often own or control fewer and less valuable assets than men.

Addressing barriers to participation
Since launching Minorities in Aquaculture (MIA) in October 2020, Black has facilitated dialogues with members of the industry as well as the environmental sector and educators. The next step for her organization is to create hands-on programs to help women of color find an easier path into the industry, and to have at least four or five MIA interns by the Summer of 2021.

However, the lack of participation of women and minorities in the industry is not a single problem to be solved, but a web of intersectional problems that have deep roots in education and social structures.

Both Black and Johnson noted how minority populations, particularly those in cities, are rarely exposed to coastal areas and working waterfronts. Without that exposure, programs designed to attract new participants into the sector will have limited effectiveness.

“A person who has never seen the water before or an oyster or a crab, they’re not going to care about this,” says Black. “When you’re not connected to something, you really can’t be faulted for not wanting to learn or not wanting to really dive into a certain field. We have to understand where people are starting from, and then build from there.”

Johnson says that strengthening the education system is the most important place to start. During her time as a schoolteacher, she says that a standardized science test revealed how the students that took the test were unaware that ocean water is salty. “If I would pick a starting point (in exposing potential workers to aquaculture), it would be the classroom,” she said.

But trying to address those knowledge gaps can be a doomed effort when many students with fundamental challenges don’t get the attention they require, Johnson noted. She remembers teaching sixth graders whose reading skills had not progressed beyond the third grade, for example.

“The school district allows students to advance with poor grade averages,” says Johnson. “How can you function if you’re not able to read?” 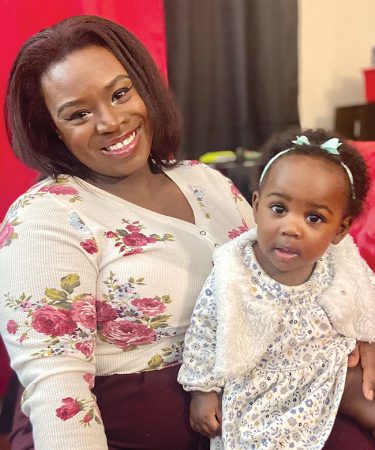 Kwanza Johnson, academic programs coordinator at NOAA, says that increasing diversity in the aquaculture industry needs to start by strengthening the education system

“Talk is cheap. We (African American community) are focused on who’s really walking the walk – who’s hiring people, who’s providing opportunities to those communities who’ve been marginalized or subjugated?” says Johnson. “It’s hard when you get opposition from the people who currently work for you. Can you stick it out when stakeholders oppose you? Are you going to stick it out and stand behind it? I think that’s the best way to gauge this.”