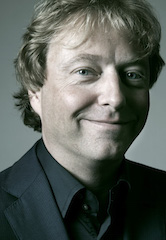 Aquaculture startups looking for investments from the Netherlands-based venture capital firm AquaSpark, should know one thing before applying and that is how to be sustainable—economically, environmentally and socially.

The $10 million fund is staking its bets on small-and-medium-sized companies to make the global aquaculture more profitable, efficient, innovative, and environmentally sound.

It was a following a discussion at a fisheries conference in 2010, that Dutch A-Spark Good Ventures founder Mike Velings had an idea. He understood that the only way to push the

fish farming industry towards a sustainable future was to find and support new companies that have values of stewardship in place at inception.

“We more or less expected the environmental NGOs to be very polite and then go their own way, but the opposite happened,” Vellings told Aquaculture North America, during a Skype call from Utrecht. “We found that we all wanted to work together and build a sustainable industry.”

In 2011, Velings, along with his wife, Amy Novogratz, and some of the folks he met at the conference the year before, set up their own event specifically focusing on the possibilities to build a sustainable aquaculture sector. Sensing an opportunity, the couple launched AquaSpark and raised about 8.3 million Euro. Funds came from foundations and high-net-worth individuals concerned for the well-being of the planet and its oceans.

The global investment fund, which focusses entirely on aquaculture, recently made its first two investments, putting $2 million into the biotech company Calysta, whose technology makes fish feed out of methane gas, and another $2 million into Chico Fish Farm, a tilapia farm startup in Mozambique that’s building a vertically integrated facility, including a hatchery, a fish farm, distribution, and retail, and intends to build up sustainable aquaculture in sub-Saharan Africa.

AquaSpark plans to invest across the production supply chain.  “Every six months we basically raise additional capital which will allow us to expand every year,” Velings explained. “The goal is to have 50 to 80 companies in our portfolio in ten years and we hope to build a $300 million fund by then, from technology, farms, feeds, out to grocery.”

Velings said more investment announcements are coming over the next several months.

“We expect to expand our portfolio to six over the summer,” he said. “There are investment opportunities all across the globe with really no specific geographic limitation.”

Production in Europe and Asia is big right now with the USA contributing in knowledge exchange and technology, though Velings expects that to change in coming years.

AquaSpark also plays a part in connecting traditional investors with aquaculture businesses, start-ups and existing, as a founding sponsor of Fish 2.0, the international event that brings fisheries and aquaculture businesses together with investment foundations, firms, and individuals, who don’t usually bankroll companies in the seafood space.

Velings gave a few pointers for those looking for AquaSpark capital to start their own aquaculture business or build on the one they already have.

“They should apply for funding and get in touch as early as possible,” he said. “They might not be completely ready but it pays to get to know each other early on and to share in a really open way where they want to go. Then for us, on top of that, we look for people and collaborators who have the willingness to help the company get access to the resources they need to become a sustainable business. There has to be an alignment of the same vision and a longterm horizon where they don’t want to build something to be sold off in the near future.”