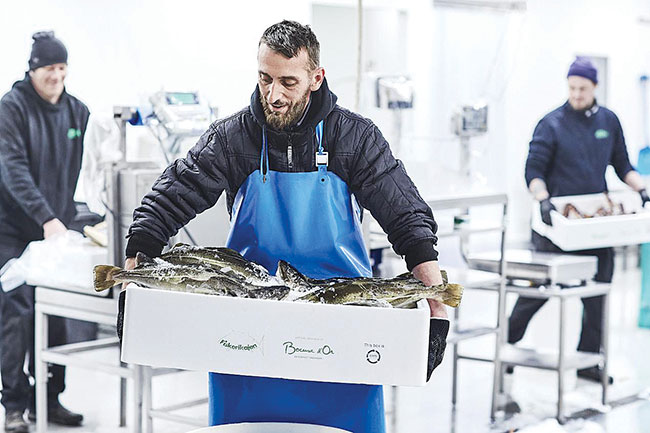 Cod samples from the first harvest of Norcod arriving in Denmark Photo: Norcod

The company leading the revival of Norway’s farmed cod industry made its first planned harvest in December.

Norwegian aquaculture innovator Norcod said the harvest of cod weighing 2.5 kg on average came after 11 months from the time the juveniles entered the sea phase.

The latest milestone traces back to Nofima’s selective breeding program that began in 2002. It took many years to overcome hurdles but the efforts paid off in addressing the economically critical traits of farmed Atlantic cod, such as survival rate and fry quality.

Atle Mortensen, the now-retired head of NOFIMA’s selective breeding program, is optimistic about the future of cod farming. “Cod farming is back and the possibility to achieve a profitable cod farming industry has never been greater than today,” he told this publication last year.

Norcod’s first harvest has been distributed as samples across Europe and the US, to positive feedback, said Norcod. It expects to start official sales in the summer of 2021.