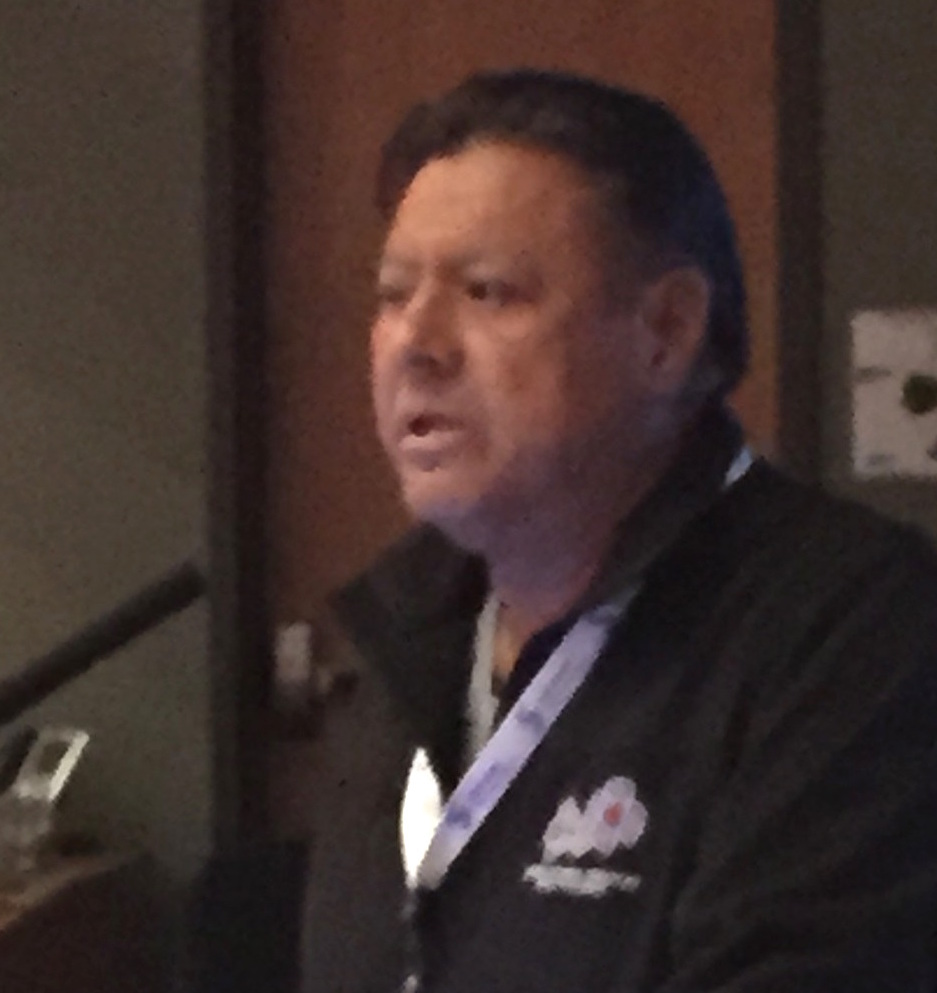 Sagkeeng First Nation, located in the Province of Manitoba, Canada, was one of 24 communities and individuals who obtained funding through the National Aboriginal Aquaculture Fund (NAAF). The fund was offered as part of the Strategic Partnerships Initiative (SPI), which is the implementation program for the Federal Framework for Aboriginal Economic Development introduced in 2009.

Nation. “We pursued funding with the NAAF and we got $40,000 for a feasibility study to look at everything from a hatchery to the fingerlings, tanks, cages, processing and the markets. We’re completing the study now and we’re waiting on some of the experts that have yet to finalize their reports.”

“The main funding support has been to provide capacity to aboriginal communities and entrepreneurs who are interested in developing an aquaculture business,” says Keith Were, Senior Fisheries and Aquaculture Management Officer, Department of Fisheries and Oceans Aquaculture Management Directorate. “We’ve got three regional aquaculture business development teams in place. They attempt to help those communities as they develop their plans to try to find the investment necessary to implement them.”

“It’s allowable to leverage different funding programs,” says Were. “There are a number of programs that Aboriginal Affairs and Northern Development Canada have developed and these are not specific to aquaculture, they’re for any business sector that a community member proposes. Each program would have their own specific terms and conditions and stacking limits.”

“The focus was on helping to establish early-stage aboriginal business development,” not to provide equity investment into a business – the terms and conditions of the SPI stipulate that the NAAF could not duplicate existing funding programming that is available.

“What occurred was that pilot projects could be funded,” says Were. “In that case, to demonstrate the proof of concept for a particular activity and generate interest so someone is confident enough to invest in it. There’s a need in a lot of cases, if somebody is kind of pushing the idea of the opportunity that could be developed to generate employment in the community, to get the community support in addition to support from the chief and council that’s responsible for making decisions for the community.”

Those preliminary efforts were one of the most common projects applied for, says Fernando Salazar, Fisheries Business Development Advisor for the Ulnooweg Development Group Inc, the regional development group for the eastern part of the country.

“They were mostly for either paying for a consultant to do a feasibility study or for a design or to do a scoping document,” says Salazar. “The only (project) …obtaining some aquaculture gear was a two-year pilot project exploring the possibility of farming scallops. Through NAAF, we were able to fund the first year and we’re sourcing the second year from other sources.”

Because the necessary amount of funding could occasionally only be estimated, in some cases the funding went even further. Marguerite Parker, a representative for the Aboriginal Aquaculture Association – the western-focused regional development group – says that they were able to fund more projects than had initially applied for because a number of the projects ended up actually costing less than approved funding.

“Knowing how these things work and the amount of money, we identified other communities that could do something,” says Parker. “It’s really wonderful to have these funds available. Hopefully we can get some ongoing support.”

While the NAAF was planned as a one-time initiative, not an ongoing fund, Were says that is a possibility that surplus funds could end up redirected.

“The possibility does exist that if there were funds available through SPI in the current fiscal year, and if there were projects that were deemed as worthy and of high enough quality that they could potentially get funded, and we could make a request to use those funds,” says Were. “But at this point there is no plan to do that. The stage we’re at with this is that we’re in the final year.”

NAAF was very well received by the communities and individuals which it supported.

“They wish there was more,” says Salazar with a laugh. “We all do, of course. But it was definitely well-received.”

Many of the projects undertaken through the NAAF involved feasibility studies to determine if the local environment would support an aquaculture project.  “Moose Cree First Nation is near James Bay, which is the far northern end of Ontario, which leads into the Hudson Bay,” says Stan Kapeshesit, Director of Economic Development for the First Nation. “We wanted to look into aquaculture as a food source, but also as a business potential. Right now, we’re engaged with an aquaculture consultant to provide a feasibility study. If it proves to be positive, we’re going to make a business plan and apply to other funding possibilities. Kapeshesit says that he hopes the study will eventually lead to a business and an economy that will provide employment opportunities to members.

Other applicants were more focused, seeking funding for specific species. “We received NAAF funding for a geoduck survey,” says Chenoa Akey, representative for the Coast Salish First Nation in British Columbia. “It’s part of a broader process. We’ve been trying to pursue a geoduck aquaculture program for some time. There was a need to survey the substrate to get an understanding of where the most suitable sites will be.”

Akey says the survey was completed earlier this year, but they have been unable to apply for a geoduck tenure. “There’s some challenges on the regulatory framework, so we’re in a holding pattern.”

Some projects looked at making existing operations more efficient. The Abegweit First Nation on Prince Edward Island had a hatchery to support restocking efforts for salmon and brook trout. They applied for NAAF funding to examine the logistics of changing from a flow-through operation to a recirculating aquaculture system (RAS).

One of the more unique projects funded through NAAF was the creation of law.  Emilio Tomaselli, Economic Development Officer for the Sheshegwaning First Nation in Ontario says “We have jurisdiction over the waters around us, and we want to make sure we do things in an environmentally sustainable way.” The band used the NAAF funding to pay for a baseline scan of aquaculture laws in other jurisdictions. From that information and consultations with various industry experts and the community, Sheshegwaning has produced a draft of aquaculture law which is currently under a legal review.

“The next step is to have the law approved by council or the community – we’re not sure which, that should come out in the legal review,” says Tomaselli. “Then we can start to seriously entertain potential partnerships or investors looking to be a proponent of an aquaculture site in our area.”

The United States Department of Agriculture has a number of grants available. Some are focused on aquaculture specifically, such as the Aquaculture Research Program, which is intended to support the development of an environmentally and economically sustainable aquaculture industry and to generate new science-based information and innovation. Others focus on smaller communities, such as the Rural Business Development grants, intended to support targeted technical assistance and training for small and emerging businesses in rural areas. And some are focused on Native American communities in particular, such as the First Nations Development Institute’s Native Agriculture and Food Systems Initiative, which in 2012 awarded $905,000 in grants to 29 native organizations dedicated to increasing food access and improving health and nutrition, which was funded by the US Department of Agriculture among others.