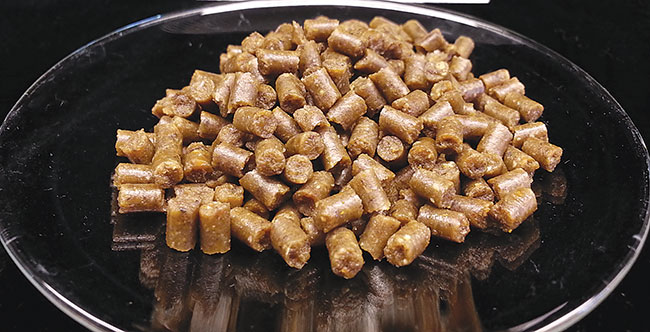 Scientists at the University of California-Santa Cruz have developed a fish-free feed for tilapia that has shown extensive gains in sustainability, performance, and economic viability.

Instead of fishmeal, the feed uses whole cells from a marine microalgae called Schizochytrium sp. A second ingredient is a protein-rich byproduct derived from a microalgae called Nannochloropsis oculata after the oil, which is used in commercial Omega-3 dietary supplements, has been extracted from it.

“This is an important breakthrough and first proof of concept developing a fish-free feed for tilapia by combining microalgae. This is a potential game changer for shifting aquaculture to more sustainable practices,” said lead author Pallab Sarker, an associate research professor in environmental studies at UCSC.

He said the tilapia feed is economically viable. “Although fish-free feed cost of $0.68/kg feed is slightly more expensive compared to conventional feed’s cost of $0.64/kg feed, the economic conversion ratio (feed cost per kg tilapia production) of the fish-free feed ($0.95/kg tilapia) was less than that of the conventional diet ($1.03/kg tilapia) because the tilapia fed on the fish-free diet grew faster with better feed conversation ratio,” he explained. 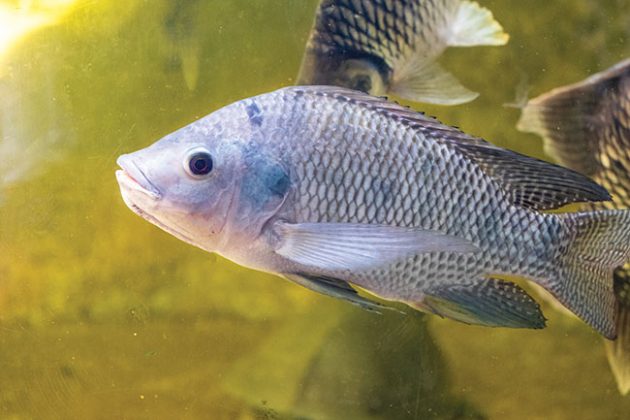 The economic conversion ratio of the fish-free feed was $0.95/kg tilapia compared to $1.03 in conventional diet Photo: ©Thamrong / Adobe Stock

He and his co-investigator Professor Anne Kapuscinski, a sustainability science and policy expert at UCSC, have already applied for a patent for the feed.

“We hope to work with industry stakeholders and sustainable aquaculture entrepreneurs to bring it to market. We are optimistic about the potential commercial implication of the invention to help expand sustainable economic opportunities for the aquafeed industry and farmed fish producers in the world,” said Sarker.

He acknowledged however that a major challenge is generating consistency in supply of the microalgal ingredients in order to produce quantities on an industrial scale.

A startup called Verdant Seas, which Sarker co-founded, will conduct the commercial trials of the fish-free tilapia feed. Verdant Seas’ mission is to “design blends of marine microalgae to create superior performing aquaculture feeds for tilapia,” according to its website.