Fishless fish has a place in the market, say producers 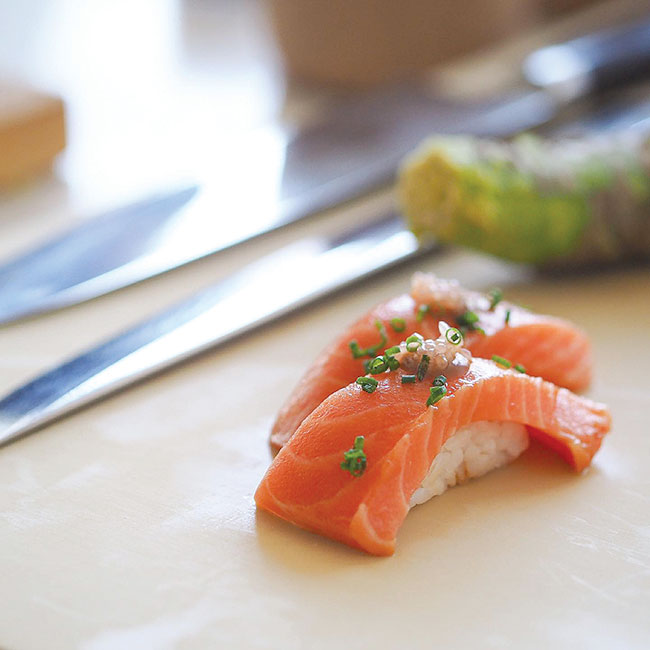 Sushi-grade salmon sashimi made in the laboratory of San Francisco-based startup Wildtype. Alternative protein products offer consumers and retailers a choice in markets where options are limited, says its CEO Photo: Wildtype

The recent emergence of lab-grown seafood products is about meeting demand rather than displacing real seafood, according to the CEO of a San Francisco startup that makes salmon meat in a laboratory.

He observed the narrow range in sushi restaurant menus in the United States, where non-fish eaters have no option other than avocado roll or cucumber, he said.

Wildtype salmon “can stand on its own and does not hide behind sauce or being deep-dried or being in a stick or something,” said Kolbeck, a panelist at the Intrafish Digital Event on Alternative Proteins in April.

Lab-grown seafood have yet to hit supermarket shelves, but one producer – BlueNalu of California – aims to launch its cell-based mahi-mahi this year.

Seafood that’s not really seafood is a concept that the mainstream might not still fully comprehend. In Singapore, Shiok Meats, another cellular aquaculture company, found in a market survey that half of 850 respondents had no prior knowledge of cell-based seafood. Seventy-eight percent of the respondents indicated their interest to try it.

“We’ve realized that we have to spell out everything to the consumers. Once you start explaining it in simple terms and put together really visual infographics and start educating them on what exactly the technology and product are, they actually start getting very comfortable about it. And they want to know more and they get excited about the product,” said Shiok Meats CEO and co-founder, Sandhya Sriram, who was also on the panel. 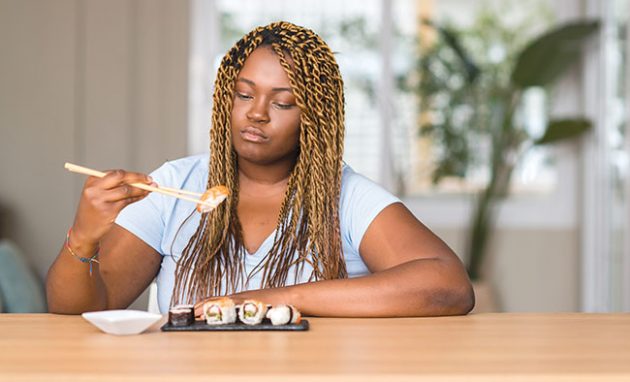 An expert says the first bite is crucial in establishing credibility of fishless fish: does it deliver the texture and taste?
Photo: ©Aaron Amat / Adobe Stock

Labeling is another component of transparency: all the ingredients must be listed.

In Texas, Gathered Foods produces Good Catch plant-based tuna and frozen entrees and appetizers. They believe they have found a market among the so-called flexitarians – people who reduce their meat intake.

“They are all food explorers. They are all adventurous. They are experiential foodies. They want to seek varieties,” said Christine Mei, Gathered Foods CEO, also a panelist at the webinar. She added this market is also health-conscious with preference for sustainable food and may have discretionary income for premium products.

While consumers may have a conventional choice in their food baskets, there aren’t a lot of other choices, said Mei.  “We are seeking to put a plant-based option in the basket as well.”

She noted that the first bite is crucial in establishing product credibility:  Does it deliver the texture and taste as its comparable protein?

The three panelists said accessibility in terms of availability and pricing is also critical.

Wildtype’s Kolbeck acknowledged that conventional and alternative seafood will always be compared against each other. For instance, lab-based meat has higher production cost than real meat but it shows significantly lower water usage, greenhouse emissions and land use, according to tech-insights platform CBInsights.

Kolbeck suggests that a Life Cycle Analysis (LCA) would be a cell-based seafood producer’s best friend in this case. LCAs have recently emerged as a standard tool to measure a product’s environmental impact.

“If we’re going to say that we are a cleaner and a more sustainable option, we better do a Life Cycle Analysis and show those data and be transparent about that. Because, other-wise, what are we talking about?” he said.