Sometimes called offshore aquaculture, open-ocean aquaculture remains a small segment of the industry. But interest is growing for the following reasons, according to executives at Boston-based Innovasea, which has installed over a hundred open-ocean systems in 25 countries.

As open-ocean farms are sited some distance offshore, the potential conflict with other users of marine resources is reduced. The submergeability that gives these farms advantage over storms also helps reduce user conflict. 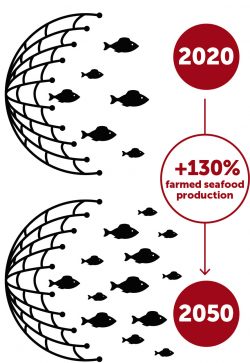 1. The world needs more seafood|
Farmed seafood production will need to increase over 130% by 2050 in order to meet projected global demand. With fisheries declining and overall seafood demand growing, companies in the industry are looking to expand their operations further and further into more exposed areas.

2. Limited areas for traditional aquaculture to expand
There’s limited room for growth in sheltered waters such as fjords and bays where fish farming is traditionally sited. What areas are available far exceed what’s needed to meet the world’s growing seafood demand. This is seen in Norway, where open-ocean installations are now being tested. “Open-ocean systems have a largest potential capacity to fill the tens of millions of tons of seafood that are needed to meet demand,” says Felipe Ramirez, business development manager.

3. Increasing user conflict
“The closer your business is in someone’s face, the bigger social license check you have to write,” says Langley Gace, senior vice-president. As open-ocean farms are sited some distance offshore, the potential conflict with other users of marine resources is reduced. The submergeability that gives these farms advantage over storms also helps reduce user conflict. Citing an open-ocean farm in Hawaii as an example: “The only reason why that farm was able to start at that point is they brought a submersible solution to the table. The vibrant hotel/tourism industry had an issue with surface pens but did not have an issue with submerged pens,” says Gace.

4. Increasing weather events
Open-ocean aquaculture is more established in tropical areas where typhoons, hurricanes and cyclones regularly wipe out traditional fish farms every few years. Interest in the technology is growing in these vulnerable areas because of the ability of the fish pens to be submerged, some up to a depth of 50m, if weather conditions require.

5. Impact investing is growing
As fish farmers around the world are under renewed pressure to embrace more sustainable practices, entrepreneurs see the open ocean as an environmentally sustainable solution that could change the way we eat. “They’re not only looking to obviously build a business and generate a profit but also leaving a better place that where they started,” says Gace. 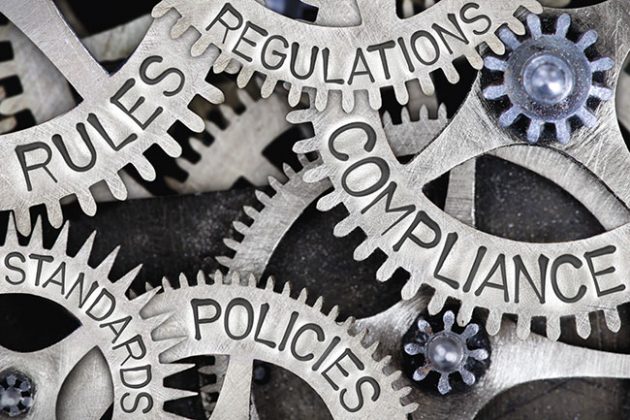 What could hold back open-ocean aquaculture’s development?

Regulations
The regulatory environment for open-ocean aquaculture still needs to be fleshed out in many countries. In areas where regulations are in place, permitting can be a slow process that could take several months. These dissuade investor confidence. There’s progress in this regard in the United States, where a legislation seeking to clarify the permitting process for ocean-based aquaculture is before Congress.

Need for ‘patient capital’
The aquaculture industry’s growth of six to seven percent year over year is attractive to investors but will take several of growing fish before one starts seeing a return on investment. “This does require patient Capital, the large salmon conglomerates that are doing quite well now we’re not making money 30, 40 years ago. In fact, they were barely a glimmer in someone’s eyes. So it does require patient capital, but it is exciting,” says Gace.

Risk
“This is the ocean you are dealing with, you’re dealing with a large monoculture, there’s disease and so forth. But we have, as an industry, have techniques to minimize that,” says Gace.

The Innovasea executives spoke at the webinar: “The Economics of Ocean-Based Aquaculture: Dollars and Sense on the High Seas” in November