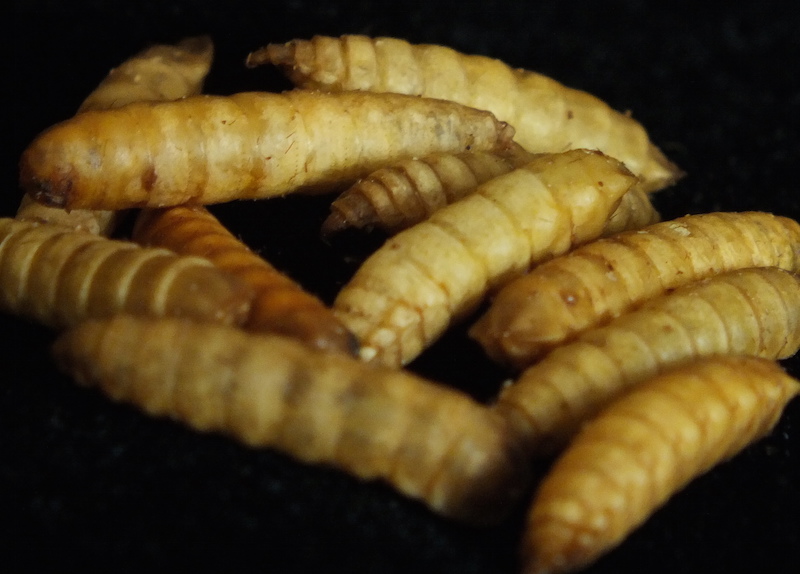 A study from the University of Laval in Quebec proposes treating fly larvae as mini-livestock - but there is still much research to be done.

A study by the University of Laval in Quebec, Canada, conducted as part of a larger effort to promote the upcycling of waste products using fly larvae, is starting to show that fly larvae could be considered as an addition to fish feeds.

The origins of the project go back to Ghana, Africa. The project lead, Dr. Grant Vandenberg, was working with the non-profit organization he started, Fish For Africa, helping to train locals in aquaculture practices when they were approached by Scotland’s University of Stirling for help on a project growing fly larvae.

“We did a lot of work looking at what kind of biomass was available and different ways to raise them,” says Vandenberg. “We learned how to culture these things in the context of a very extensive system and relatively unstable biomass inputs. It was a real learning curve, but we were successful.”

Based on the work in Africa, Vandenberg was approached about looking at a new research effort at the University of Laval – using fly larvae as a means of upcycling waste products to improve food security. The research team is partnered with a pair of Canadian larval-based businesses – Enterra in Vancouver, British Columbia and Larvatria in Montreal, Quebec. Working with both companies, Vandenberg will be working on compositional analysis and digestibility studies.

“We want to start treating fly larvae as mini-livestock,” says Dr. Vandenberg. “The same way we study reproduction, health and nutrition in domestic animals, we want to start looking at flies and fly larvae in the same context.”

The fly species being used – the domestic fly and the black soldier fly – are extremely efficient at bio-converting organic waste to a protein and fat source that could be used for aquaculture operations, as well as swine and poultry operations. The thought is that the fly larvae could be used to replace a portion of the fish meal that is currently used in feed production.  The work is still in its early stages, however, with some very important information still undiscovered.

“I’m a nutritionist,” says Vandenberg. “From the point of view of animal nutrition, there’s zero known about the nutritional requirements of larvae. One of our projects is to start developing some methodologies and to start to understand the genetics.”

Vandenberg says that next generation sequencing has incredible potential to help break new ground in the field. In the meantime, their business partners are tackling the regulatory challenges involved in making fly larvae legal for inclusion in feeds. It’s a lot of work, but very important for our future.

“From the point of view of an agricultural scientist, we have to move towards a major change in the way we produce crops and animals,” says Vandenberg. “Looking at this type of protein, there’s a huge upside both in terms of efficiency of conversion, water use, use of space, carbon dioxide emissions – you can look at a lot of metrics and there are a lot of upsides. It’s a really fun project. It appeals to me from the scientific, but also from a moral point of view.”