Expansion of shrimp farming in the US 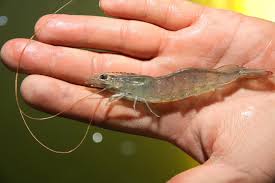 Looks like fish farmers in the United States are vying to tap the growing demand for shrimp by diversifying their production and raising the decapods in their operations.

In both inland and coastal regions of the US, shrimp farming is taking off as entrepreneurs and old-time fish farmers take advantage of growing demand by consumers and price increases for shrimp imports, according to industry observers.

In 2012, shrimp was the most-consumed seafood in the United States in terms of volume per capita, with consumption doubling over the last 20 years with over 90% of shrimp being imported.

However, last year saw a dip in global production because of Early Mortality Syndrome, a decline of 19 percent from 2012 to 2013, according to latest figures from the World Bank and an EMS survey by the Global Aquaculture Alliance (GAA). Both sets of data were presented at last week’s Aquaculture Leadership (GOAL) conference in Ho Chi Minh City, Vietnam.

According to World Bank and GAA presentations for the conference, the slight uptick this year in global shrimp production should be followed by a larger rebound next year and even reach pre-EMS levels by 2016.

Growth in the demand for shrimp has also been prompted by growing health consciousness, which has led many to prefer seafood over beef and pork protein. Roughly 90 percent of the shrimp consumed in the US is imported from overseas, and further consumer awareness about where their food supply is sourced, lends itself to more opportunities for domestic shrimp producers.

An increasing number of consumers have been concerned, in recent years, about the use, and over use, of antibiotics and chemicals in the production of farmed seafood, including shrimp. Production in Thailand and Vietnam has been hampered by disease, pushing prices up in foreign markets. Both issues have turned consumer demand inward towards domestic shrimp farmers.

Due to increased shrimp consumption in the US, good prices for imported product, and recent concern over food safety, the interest in shrimp farming in coastal and inland US is growing.

In a recent Japan News story, analysts assert higher global production levels are due, in part, to a continuing spike in demand in the US which has attracted domestic business opportunities for existing aquaculture ventures and entrepreneurs.

The Japanese news site talked to several shrimp farmers in the US praising the large numbers of sales.

RDM Aquaculture LLC in Indiana was started by a couple who had previously raised pigs and looked into raising tilapia but found that shrimp have a stronger earning power.  RDM Aquaculture does not use antibiotics or chemical substances and their shrimp product has become popular among customers, including restaurants and individual consumers, and currently sells for twice the average market price.

With consumption of seafood in general increasing worldwide, US officials introduced measures in 2011 to promote domestic aquaculture, technology and research.

The last census was conducted in 2005.

“The 2013 Census of Aquaculture expands on the data collected about aquaculture during the 2012 Agriculture Census and provides a more comprehensive picture of the aquaculture sector at the national and state levels,” said NASS Administrator Joseph T. Reilly in a statement released with the new data sets.

“There is always a need for current industry-specific data and the results from the census of aquaculture will be used by federal, state and local governments, agribusinesses, trade associations and producers to make decisions impacting this specialized area of agriculture,” Reilly said.

For the 2013 Census of Aquaculture, an aquaculture farm is defined as any place from which $1,000 or more of aquaculture products were produced and sold or distributed for conservation, enhancement or recreation during the census year. Aquaculture is defined as the farming of aquatic organisms, including: baitfish, crustaceans, food fish, mollusks, ornamental fish, sport or game fish and other aquaculture products. Farming involves some form of intervention in the rearing process, such as seeding, stocking, feeding or protection from predators.