Freshwater farming is more affordable and sustainable than in ocean: study 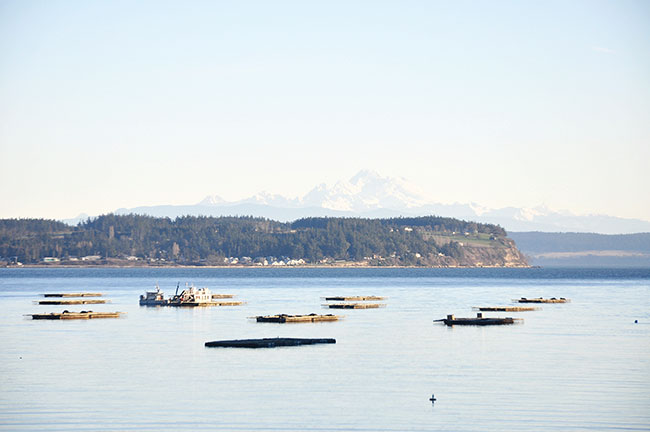 A tidal wave of interest is building in farming the seas. It’s part of a global rush to exploit oceanic resources that’s been dubbed the “blue acceleration.”

Optimistic projections say that smart mariculture – fish farming at sea – could increase ocean fish and shellfish production by 21 million to 44 million metric tons by 2050, a 36-74 per cent jump from current yields. Other estimates suggest that an ocean aquaculture area the size of Lake Michigan might produce the same amount of seafood as all of the world’s wild-caught fisheries combined.

This story is part of Oceans 21
Our series on the global ocean opened with five in depth profiles. Look out for new articles on the state of our oceans in the lead up to the UN’s next climate conference, COP26. The series is brought to you by The Conversation’s international network.

Our work as interdisciplinary researchers studying aquatic food systems shows that these claims exaggerate mariculture’s true potential, and that increasing mariculture in a sustainable way is fraught with challenges.

We see freshwater fish farms as a better way to help fight hunger and bolster food security. In our view, governments, funders and scientists should focus on improving aquaculture on land to help meet the United Nation Sustainable Development Goals.

Ocean aquaculture advocates often cite limited supplies of wild-caught fish and call for cultivating them to feed the world. As they see it, aquaculture on land is limited by scarce land and freshwater resources, while the oceans offer vast areas suitable for farming.

Framed this way, mariculture seems to offer boundless potential to meet future demand for seafood and feed vulnerable populations with little environmental impact. But our research paints a different picture. We see far fewer technical, economic and resource constraints for freshwater aquaculture than for ocean farming, and far greater potential for land-based fish farms to contribute to global food security.

Freshwater aquaculture has grown steadily over the past three decades. Asia is at the center of this boom, accounting for 89 per cent of world aquaculture production, excluding plants.

The most important species groups – carp, tilapia and catfish – are herbivorous or omnivorous, so they don’t need to eat animal protein to thrive. While they may be fed small amounts of fish to speed growth, their mainstay diet consists of inexpensive byproducts of crops like rice, groundnut and soy, as well as natural plankton.

It’s relatively cheap and easy to grow freshwater fish in small earthen ponds. Aquaculture has been an economic boon, especially in Asia, providing jobs and income for vast numbers of family farms, workers and small businesses. Farmed freshwater fish tend to be an affordable staple food for millions of low- and middle-income consumers – and many better-off ones, too.

Raising marine fish is a different proposition. The harsh ocean environment makes production risky, and the biology of these species makes many of them difficult and costly to breed and grow.

Most marine aquaculture species are carnivores, so they need other fish as part of their diets. About 20 million metric tons of fish caught each year is used instead to feed farmed fish. It’s a contentious environmental and ethical issue, as some of these fish could otherwise be food for humans.

Improvements in technology have reduced, though not eliminated, the amount of fish used in feeds, especially for farmed salmon. It now takes half as much fresh fish to raise salmon as it did 20 years ago.

These innovations were achieved through massive investments by the Norwegian government and the industry, dating back to the 1970s. Research focused on genetic improvement, nutrition and production systems, and it’s paid off. Farmed salmon now accounts for 45 per cent of all fish farmed from the sea.

However, it’s unlikely that other less popular fish, like grouper, sea bass or cobia, will be as thoroughly researched or farmed with the same efficiency. The market is too small.

For a land-based analogy, think of chickens. Like salmon, they have long been the focus of intensive research and development. As a result, they now grow to market size in just 45 days. On the other hand, the guinea fowl – a chickenlike bird raised for specialty markets – has undergone limited selective breeding, develops slowly and yields far less meat, making it more costly to raise and more expensive to buy.

Marine fish farming is currently done in sheltered bays and sea lochs. But there is growing interest in a new high-tech method that raises fish in huge submersible cages anchored far from land in the open ocean. It’s risky business, with high operating costs. Expensive infrastructure is vulnerable to intense storms.

To be successful, offshore farms will need to grow high-priced fish such as bluefin tuna. And they will need to operate at industrial scale, like SalMar’s massive “Ocean Farm” in Norway, which has capacity for 1.5 million fish.

While open-ocean mariculture may be technically feasible, its economic viability is questionable. Pilot projects in Norway, China and the U.S. are not yet commercially successful. And though there is strong global demand for salmon, other species like grouper have small niche markets. They are likely to remain specialized high-end products because of steep production costs.

Human population is growing fastest in Africa, and incomes are rising most rapidly in Asia. Most additional future demand for fish will come from low- and middle-income consumers in these regions. Farming tilapia and catfish is already becoming more popular in Egypt and both West and East Africa.

Meanwhile, total seafood consumption in high-income countries has plateaued since 2000. But even in these countries, demand for farmed freshwater fish is growing because it’s an affordable source of protein. In the U.S., tilapia, pangasius (freshwater catfish) and channel catfish are the fourth-, sixth- and eighth-most-consumed seafood items.

Offshore mariculture might one day produce luxury fish that generate profits for a few large investors. But we believe freshwater aquaculture will continue to feed far more people and benefit many more farmers and small businesses.

Investments in selective breeding, disease control and farm management through public-private partnerships can create a more sustainable aquaculture industry, reducing the amount of land, freshwater and feed used to grow fish while increasing productivity. For more inclusive and sustainable development, we believe governments and funders should prioritize raising fish on land.

This article was originally published on The Conversation on March 26, 2021. 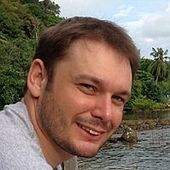 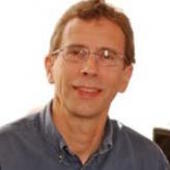 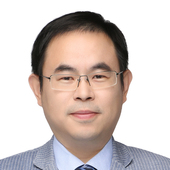