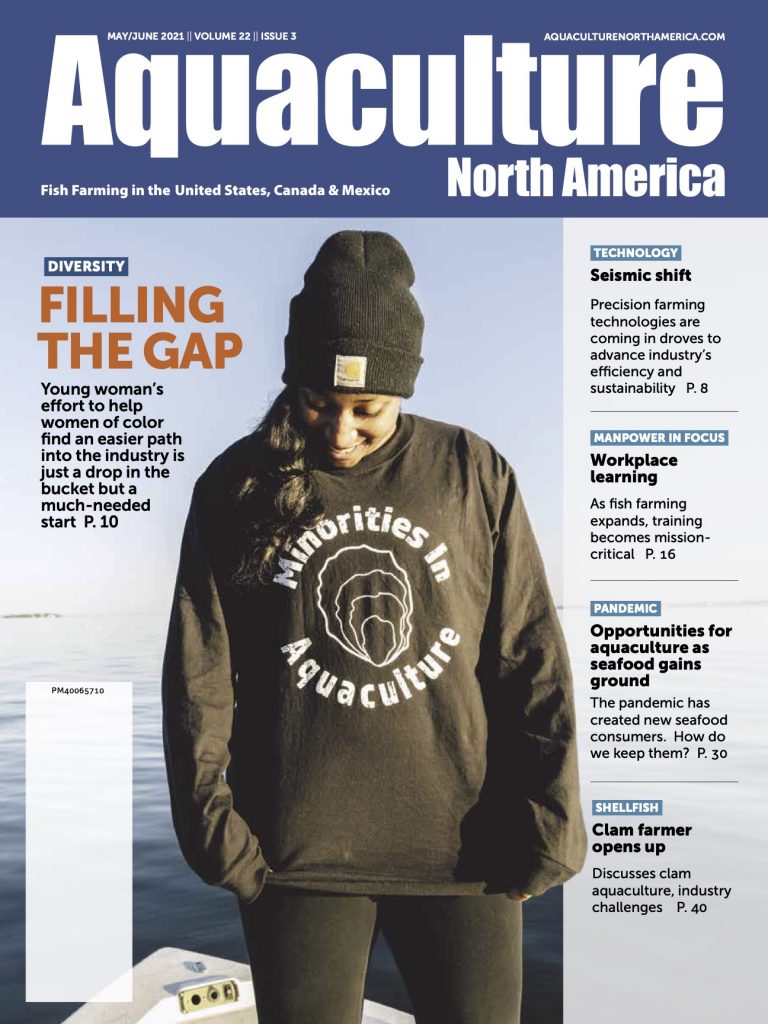 After the death of George Floyd in May 2020, the query “how to promote diversity and inclusion in the workplace” began its remarkable ascent on Google Trends, the analytics website that explores global reactions to major events.

This increased interest in workplace diversity is the same motivation behind Minorities in Aquaculture, a U.S. nonprofit that was formed last year in the wake of several race-based incidents in the United States. It aims, among other things, to pave the way for more women of colour to join our industry.

The lack of data on the participation of minority populations in aquaculture is telling. Minorities in Aquaculture founder Imani Black, who graces our cover, hopes to change that (as does the United States Aquaculture Society, which is currently conducting a diversity survey among its members).

Black, a faculty research assistant at the University of Maryland’s Horn Point Laboratory, wants “diversity” and  “inclusion”  to be more than just buzzwords. “I want them to be real in action,” she says in our story on page 10.

Anecdotal evidence shows that change is also happening in Canadian aquaculture. In 2018, the government of Prince Edward Island conducted a survey examining barriers to further female inclusion in the aquaculture, agriculture, and fisheries sectors. In British Columbia, salmon farming companies are implementing policies to create more leadership roles for women, says our report.

Will this last? I sure hope so. In a time where cancel culture is fiercely at play, it’s easy for anyone with a smart phone to criticize. But if industry players commit to inclusion and diversity initiatives not out of fear of being called out, but because it is the right thing to do, we’ll all be better off.

Related
The changing face of aquaculture conferences
Government report on BC aquaculture ‘pretty much old news’
US clarifies Clean Water Act definition, rules
The best medicine: Laughter, served with a side of humility