From the Editor: Globe & Mail piece is more than just about wild salmon 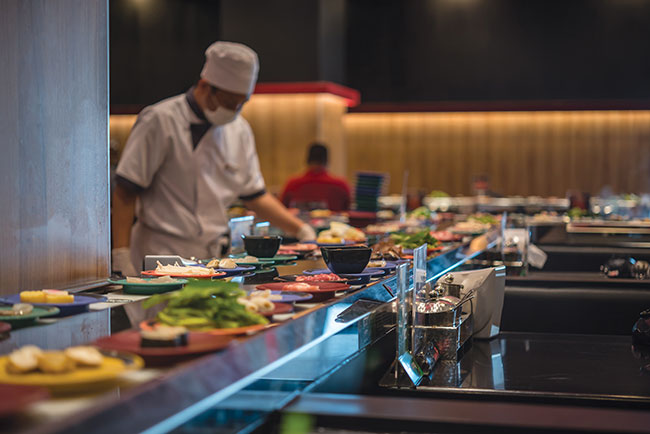 A Globe & Mail article published on July 18 reports quotes a chef from Vancouver who is refusing to serve farmed salmon from BC. He chooses to get it instead from New Zealand — a 12,000-kilometre flight which accrues 902 kg in CO2 emissions.

A Canadian supplier to the aquaculture industry called the report a “puff piece” that gives a few restaurants a platform for “guerilla advertising.”

Looking behind the headline, the piece shows that fear-mongering by anti-fish-farming activists is working and, as the chef quoted in the article suggested to Aquaculture North America, restauranteurs’ fear of reprisal from these same activists.

According to the article, some chefs in British Columbia removed wild salmon from their menus after significant cuts to commercial fishing in B.C. and the Yukon were announced in June in order to stabilize and rebuild wild salmon stocks.

“It is somewhat disheartening to see that an aggressive, highly funded activist campaign has influenced BC Chefs to look elsewhere for sustainable seafood when the truth is that it’s been here all along,” says Dean Dobrinsky, Communications Director at Mowi Canada West.

“British Columbia should be home to a thriving, sustainable fishery where both BC Wild and BC Farmed salmon are celebrated in our restaurants and kitchens.”

Chef Ned Bell, who is among the chefs interviewed for the Globe & Mail piece, isn’t surprised. He tells ANA: “Chefs are now afraid to step into the ring because they know that if they say they’re going to put farmed BC salmon on the menu, they’re going to be attacked. So they would rather run the risk of making a far less sustainable choice and import Chinook salmon that is farmed in New Zealand into Canada.”

Bell, executive chef and partner at Naramata Inn in the Okanagan Valley, has always been vocal supporter of sustainable aquaculture. He believes that ocean farming and aquaculture have a crucial role to play in keeping our oceans healthy.

“Unfortunately the activists have done a very good job vilifying an industry that doesn’t deserve it,” says Bell, who has switched to locally farmed trout and farmed Arctic char.

“Was aquaculture perfect 30 years ago? No. Is it much, much better now? Yes. Does that mean that consumers are going to start choosing farmed over wild salmon? I don’t think so. I really don’t. I think they might choose other species first. They might still look for imported salmon from Alaska or Russia before they choose some other species that they have been told incorrectly told for a very long time that it is ‘bad’.”

The B.C. Salmon Farmers Association says, “Choosing to buy local and put sustainably farmed B.C. Atlantic salmon on your plate is a responsible alternative to wild salmon. This helps to reduce the demand on the wild stocks, and has a much smaller overall environmental footprint than imported fish or seafood.”

While the Globe & Mail report might not be what the aquaculture industry wants to hear, it is important because it helps continue the conversation about fish farming, says Bell.

“Activists that have done farmed salmon a huge disservice. And I don’t think one (wild) should benefit the other (farmed). I think they should co-exist. It’s an “and” conversation not an “or” conversation

“Stop letting the very vocal environmental activists from getting into your head,” he suggests. “Think for yourself; don’t let other people think for you. Do the research that’s what I do.”