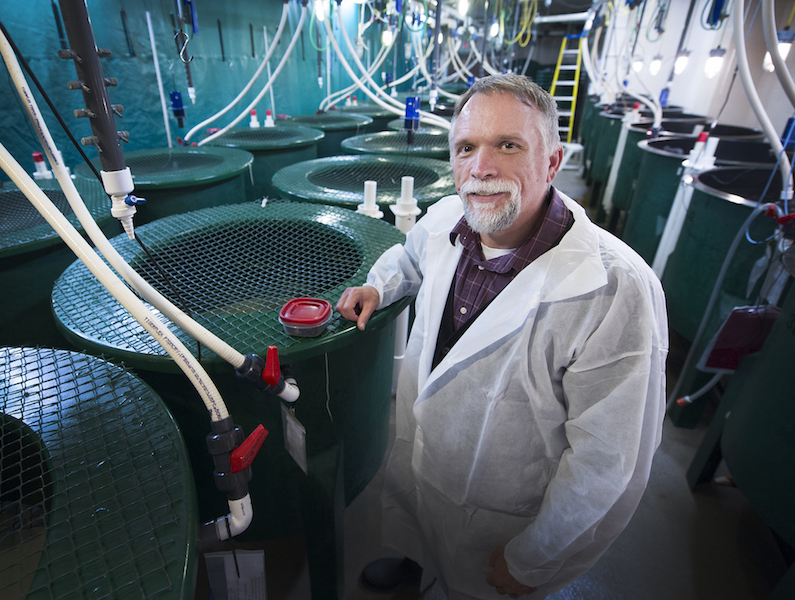 The research is in partnership between scientists at the Memorial University of Newfoundland and the University of Prince Edward Island (UPEI) and fish feed giant EWOS/Cargill.

“When there is an outbreak, it isn’t uncommon for fish to be infected simultaneously with multiple pathogens such as sea lice, bacteria and viruses. This can result in severe economic losses for aquaculture farmers,” says Dr Richard Taylor, Senior Research Scientist at Cargill Innovation Center.

“Our functional genomics research will identify molecular mechanisms involved in salmon responses to co-infections.  This will lead to the development of better feeds for improved treatments to combat co-infections,” explains Dr Matthew Rise, Professor in the Department of Ocean Sciences, Faculty of Science at Memorial and Dr Taylor’s co-lead in the project.

Relatively little research has been conducted on co-infections in salmon because it requires specialized know-how and a complex infrastructure of test facilities.  The project could have a significant impact on aquaculture in Atlantic Canada and across the country, says Dr Mark Fast, Associate Professor in Fish Health at the Atlantic Veterinary College, UPEI.   “This research holds the promise of developing an integrated pathogen management system that could reduce fish losses by as much as 20 percent overall, and up to 50 percent for some diseases.”

It is estimated that the use of therapeutic feeds could save the Canadian aquaculture industry up to $57 million annually, while decreasing the use of chemical treatments and minimizing the risk of transmitting pathogens to wild salmon.