A scientist at Fisheries Oceans Canada (DFO) has developed a diagnostic tool that could be used to rapidly diagnose early signs of infectious disease in fish. 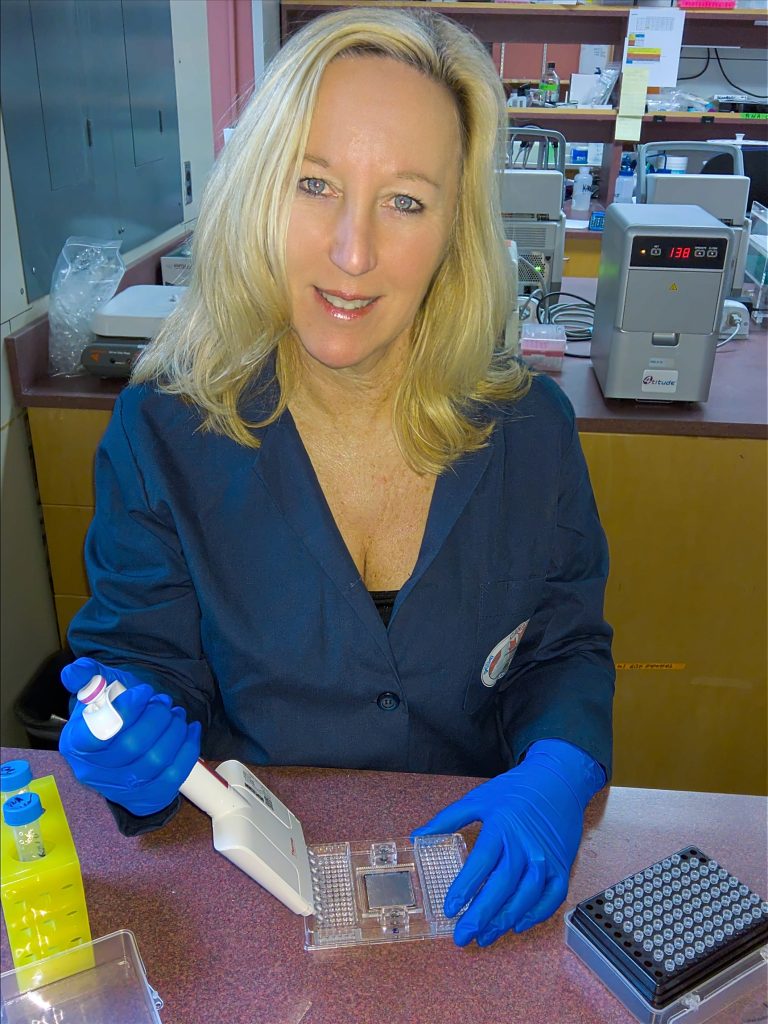 Scientists currently rely on techniques that generally detected disease once clinical signs have developed or once the fish is dead.

The viral disease diagnostic panel that DFO scientist Kristi Miller-Saunders developed uses the activity of the genes to determine whether salmon are suffering from a viral disease.

“Any organism at any point in time will carry in their bodies an array of pathogens including viruses that exist in background levels but not necessarily causing disease. Disease occurs when they start causing damage to the host cells.

“We were interested in developing a tool that could detect early stages of disease development because if a wild salmon gets diseased they will be very vulnerable to being eaten by a predator or to dropping out of the water column,” said Miller-Saunders.

“The molecular viral disease diagnostic panel we developed is capable of recognizing the development of diseases caused by an array of salmon viruses, differentiating individuals that may simply carry virus(es) from those in a disease state, and differentiating viral from bacterial diseases, all using a non-destructive gill clip,” Miller-Saunders told Aquaculture North America (ANA).

She said the implementation also led to the discovery of eight new viruses in BC salmon, obtained through sequencing tissues from fish testing positive for viral disease but for which no known virus was detected. The discovery not only provides a strong validation of the approach, but also demonstrating its high utility towards rapidly identifying viral causation of emerging diseases, she added.

In salmon farming, detecting diseases in the early stages would enable farmers to implement biosecurity measures and help stop the spread of diseases. These may include minimizing handling of the fish or limiting any kind of transfer of fish between different areas in the farm, she said.  As the tool does not require destructive sampling of fish, it could easily be incorporated into routine screening, for instance, during sea lice treatments.

Moreover, the tool could be highly valuable in quickly determining the likelihood of viral causation of emerging diseases.

The tool’s development is part of the Canadian government’s ongoing Strategic Salmon Health Initiative, a collaboration between DFO, the Pacific Salmon Foundation and Genome British Columbia.