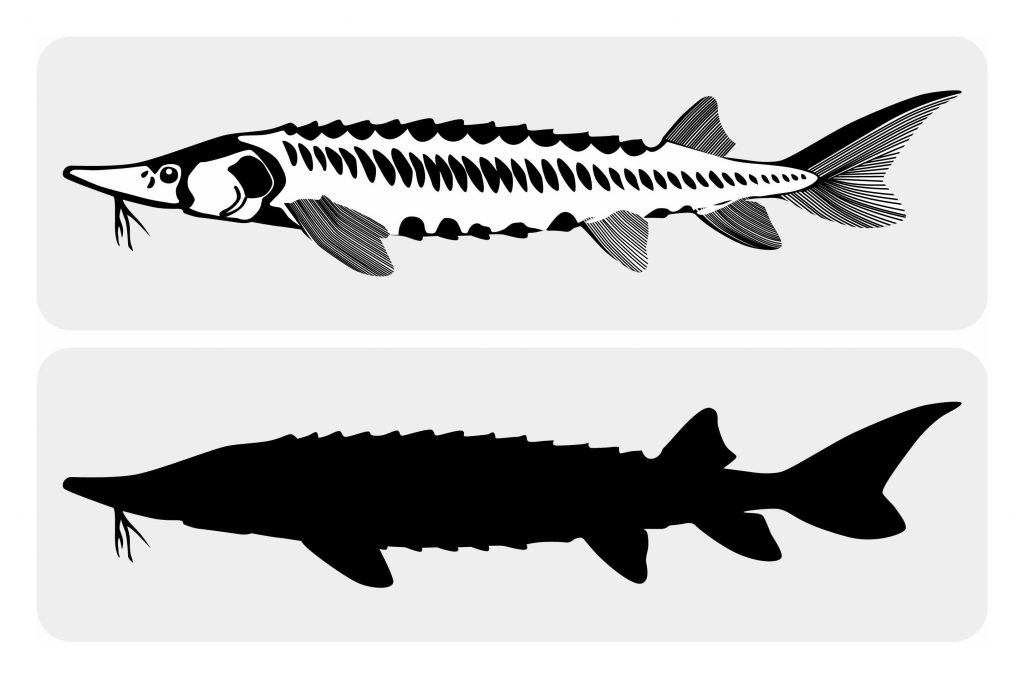 Thumbnail sketch of sturgeon Scientists from the Czech Republic are making progress on a new method of producing eggs and sperm more efficiently in endangered sturgeon species – a sort of “surrogate parenting technique.”

The work was reported by Dr. Saito Taiju in a session on reproductive genetics at the International Sturgeon Symposium (ISS7), which was held at Vancouver Island University in Nanaimo, BC, Canada, earlier this year. The technique involves transplanting germline stem cells, or those destined to form gonads, from one sturgeon species onto the embryonic gonads of another, in order to produce an adult fish whose eggs or sperm carry the DNA of the donor fish.

Beluga sturgeon (Huso huso) are reared and harvested throughout Europe and Asia for their highly-prized caviar, as well as their succulent flesh, according to Dr. Taiju, whose team applied in 2011 for a patent of an earlier version of the transplantation technique. The Sterlet (Acipenser ruthenus) is a good candidate as a transplant recipient, he noted, owing to its smaller size, more stable populations in the wild, earlier sexual maturation and more modest space requirements for rearing and maintenance. In addition, like all 27 sturgeon species, Belugas are struggling to survive in their natural range. Could Sterlet be persuaded to produce Beluga sturgeon babies?

Taiju’s team implanted stained, cryo-preserved Beluga embryo germline stem cells into the pre-gonad area (the genital ridge) of pre-larval Sterlet embryos. The result is a chimaera (an individual that contains more than one genetically distinct type of cell). The recipient’s gonads now contained cells with the genotype of the Beluga, and could be expected one day to produce at least some genetically true Beluga sturgeon gametes.

The transplanted cells were labeled with tracer-dyed (PKH26) antibodies which could be tracked as they developed into gonad tissue in the host fish. The recipient embryos experienced 97% survival after six days, said Dr. Taiju, and the growing donor tissue could be observed in fluorescent photomicrographs of the developing larvae. He said the transplant recipients encountered no rejection of transplanted cells, because the recipient embryos have no immune response at that stage.

A remaining issue, according to Dr. Taiju, is the sterilization of the Sterlet embryos prior to transplantation, so that the mature Sterlets would produce only eggs or sperm that are genetically Beluga sturgeon, instead of a mix of both.

He would also like to explore the possibility of multiple transplants, so that one Sterlet would produce more genetically varied Beluga gametes, and the eventual manipulation of chromosome sets to optimize the characteristics of the resulting progeny.

Practically, he added, the immediate advantages would be energy savings and easier handling in a business where pumping water, real estate and staff are all at a premium. With each enhanced Sterlet capable of producing hundreds of thousands of eggs or billions of sperm over a very long lifetime, the investment in xenogenic transplantation could pay off for sturgeon conservation and commercial aquaculture alike.