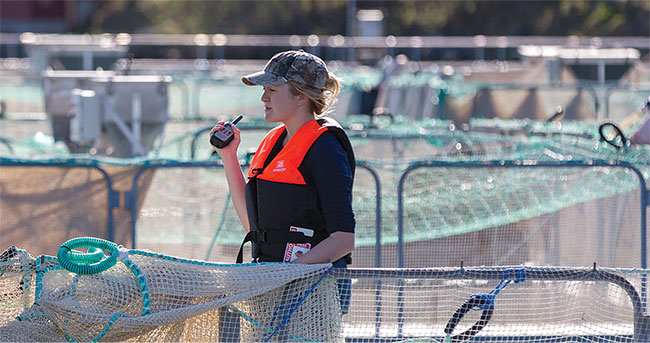 It has long been conceded that when it comes to funding and attention, the ocean always gets the short end of the stick.

Look no further than the disparity between the budgets allocated for space exploration and oceanic research to see where the US government’s priority lies. Our love for the outer space has inspired us to map in brilliant high-resolution images nearly 90 percent of the surface of Mars while over 80 percent of our ocean remains unexplored and unmapped.

Billionaire entrepreneurs like Elon Musk and Richard Branson may have the resources to explore the potentials of the deep, but they too would rather look skyward for business opportunities.

That is why is it refreshing and encouraging to hear that X, the innovation lab within Alphabet – the parent company of Google – is actively involved in ocean research.

X is behind Project Foghorn, which successfully produced carbon-neutral fuel from seawater. The project had to be retired unfortunately as the company realized it would not be feasible to bring down the cost of such fuel to that of gasoline even 10 years down the line. This makes the project an economically risky proposition.

More promising is X’s recent announcement on Tidal, a project geared at developing high-power underwater camera and machine-learning platform to gain better insights into the health and sustainability of the ocean. 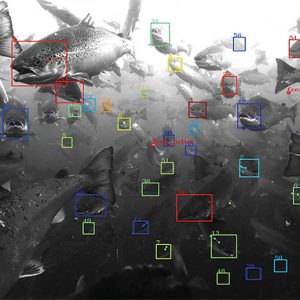 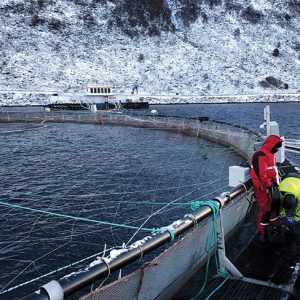 Alphabet, the parent company of Google, is actively involved in ocean research. It aims to find ‘radical solutions that can deliver 10X improvement on the way things are today.’

A moonshot engine
Alphabet’s X calls itself a “moonshot factory” and its works, “moonshots.” The term is a playful jab at their seemingly lofty goals and science-fiction-like approaches to developing tech solutions. The purpose behind every moonshot, however, is sensible and practical, explains Tidal’s general manager, Neil Davé. “We focus on real-world problems which, if solved, would improve the lives of millions of people. We look for radical solutions that can deliver 10X improvement on the way things are today. Finally, we develop breakthrough technologies that could make the solution a reality,” Davé says.

Since its creation in 2010, X, previously an R&D arm of Google, has hatched many groundbreaking technologies that are now stand-alone companies within Alphabet including: Waymo driverless cars, Wing delivery drones, and loon balloon-powered Internet connectivity. The difference between those nascent technologies and Tidal is that the latter addresses humanity’s basic and most pressing needs.

“Tidal is working on a moonshot to protect the ocean and preserve its ability to support life and help sustainably feed humanity,” explains Davé.

“Nearly half of the world relies on fish for food. And, with the kind of population growth expected to hit 10 billion people by 2050, it’s really crucial for us to find sustainable ways to feed people while also protecting our environment,” he adds.

R&D labs are notoriously secretive, and rightfully so, as companies seek to protect the valuable concepts and prototypes developed within its walls. Interestingly there were no big mysteries in the development of Tidal. In fact, X has been engaging with fish farmers around the world for many years now and their input find their way in Tidal solutions.

“We started working with fish farmers to understand what life is like on the ocean, and to gain insight into the challenges they face on their farms, especially when it comes to operating more sustainably and more profitably at scale,” Davé says.

It is during those fish farm trips that Davé’s team realized the need for tools that could help farmers dramatically improve essential parts of their operations — from feeding and monitoring fish health to spotting pests and reducing waste.

Some fish farmers today are already using such tools on their farms but not without difficulty. Davé recalls seeing how some farms monitor fish via a live feed from underwater cameras installed in each pen. “I remember walking into a room with a fish farmer who had to watch 10 video monitors simultaneously to observe fish behaviors. They were trying to track things that happen in milliseconds — like a fish eating a feed pellet, or a fish swimming vertically — across multiple screens,” Davé says.

The fact that cameras enable farmers to see only a fraction of what’s really happening underwater, Davé and team see a huge gap in the market. “That’s where we knew we could help,” he says. 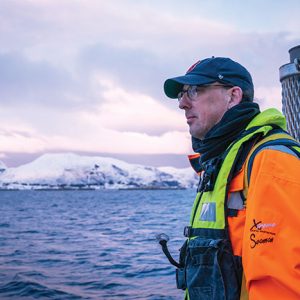 Tidal team member Barnaby James helps address real-world problems which, if solved, would improve the lives of millions of people 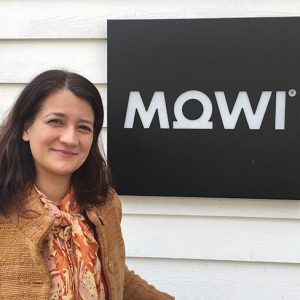 Smart underwater cam
The Tidal solution comprises an integrated hardware and software tools that can interpret complex oceanic environments, offering a complete picture of what’s happening underwater. The Tidal computer sensor system continuously observes fish and collects environmental data like temperature and salinity to provide farmers with information about the health and wellbeing of fish in real time.

“Our aim is to deliver real-time insights to farmers so they can make important decisions that impact their bottom line and the environment,” Davé says.

The information the camera collects is integrated into a Machine Learning powered software platform that detects patterns from which Tidal extracts insights. “We train our machine learning models at farms in diverse locations, where environmental factors like weather, currents, and temperature vary so it can provide farmers with consistent, accurate insights under a wide range of environmental conditions,” Davé says.

As the mothership of the world’s most powerful and ubiquitous search engine, Alphabet understands data and insights better than anyone else. As early as 2012, the company has been developing Machine-Learning capabilities via another moonshot called Brain, which now powers Google’s newer features, ranging from multi-language translation and image-based search to voice recognition.

Norway-based Mowi ASA, the world’s largest producer of Atlantic salmon, was one of the companies X collaborated with for the Tidal moonshot.

“Mowi has a long history of testing new solutions to make the industry more effective and sustainable and we’re open to innovation and experimentation,” says Mowi Chief Sustainability and Technology Officer, Catarina Martins.

Martins says Mowi and Tidal share a mission and belief that technology can help unlock the potential of the ocean to increase ocean-based food production.

Always open to innovation, Mowi had tested other sensor and camera systems but found that Tidal’s technology has the biggest potential.

“Tidal’s system gives us far more advanced data about the welfare and health of the fish than we have today. It is able to collect large amounts of data in a short amount of time, and we see the potential for Tidal to be able to quickly build more capabilities on their platform given their development speed,” Martins said.

Davé said Tidal’s partnership with Atlantic salmon farmers like Mowi have been successful as the industry itself is already quite sophisticated.

“As one of the most sustainable animal proteins and one of the world’s most popular fish, salmon was a natural choice for Tidal to study. Salmon farmer’s openness to new technology has helped our team prototype and iterate our system quickly to ensure it addresses the challenges farmers face every day,” Davé said.

Davé is aware that diseases and parasite, nutrients, pollution and escapes remain a big challenge for salmon producers.

“There’s a clear opportunity to help while also validating that the technology we’re building is solving real challenges. These challenges also affect other finfish, so it’s a great starting point to build a technology solution that could be useful for other farmers,” he concludes.