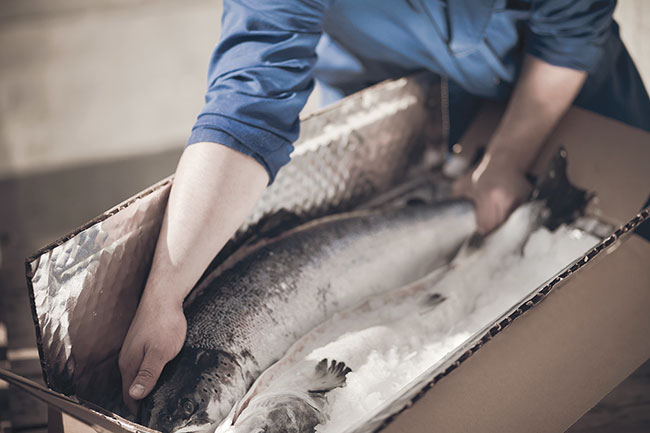 Grieg Seafood of Norway says farming in the seas will remain at the industry’s core but land-based farming will play a supporting role Photo: Grieg Seafood

The Norwegian salmon farmer announced at the start of the year that it has invested in a new land-based salmon producer called Årdal Aqua. The company will produce post-smolt Atlantic salmon using RAS (recirculating aquaculture systems) and, eventually, grow them all the way to market size.

A new land-based facility in Rogaland in Southern Norway will be built this fall for this purpose. It is designed to have 5,000-tonne capacity, but there’s potential to expand that. Initial production target is 3,000 tonnes annually.

Grieg Seafood sees its investment into the new company as a way to learn and refine RAS technology for salmon growouts because RAS is still rife with technological and financial risks.

“We are working hard to improve biology and fish welfare, and to reduce our impact,” said Andreas Kvame, CEO of Grieg Seafood and Chair of Årdal Aqua.

“For a long time, we have invested in post-smolt, where we keep the fish longer on land before we release it into the sea, as an important part of the solution. With Årdal Aqua we will be able to develop this farming method further. We aim for all of our fish in Rogaland to spend less than one year in the sea.”

Kvame sees a future where RAS technology complements other fish farming technologies. He said ocean-based fish farming will remain the main component of the aquaculture industry but land-based farming will be a “great supplement.”

“We look forward to taking part in the development of this technology. What we know for sure is that the world will need a lot more healthy and nutritious food with the lowest possible impact,” he said.

The company said it will release information about the investment cost when the design development phase is completed. It estimates an investment cost of $14.27 per kg (NOK120/kg).