A glance at the US consumption data of shrimp indicates there are ample opportunities for investment in this sector. The US imported 1.5 billion lbs of shrimp in 2017, or over 90 percent of total domestic consumption. 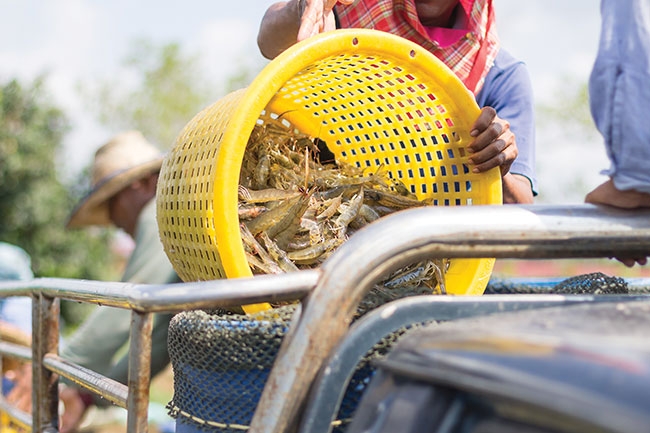 Shrimp remains the most popular seafood among Americans, with each person consuming an average of over 4 lbs annually, over 1 lb more than the second most popular – salmon. Yet a closer look shows that behind these tantalizing statistics is an industry marked by low shrimp prices, intense competition against imports, tighter regulations and high mortality rates, to name a few.

Texas is the country’s largest producer of farmed shrimp, producing roughly 3.2 million lbs in 2017. Alabama is a distant second, producing a scant 304,572 lbs that year.

“To sum up the Texas shrimp farming industry is to sum up the US industry — it is struggling and facing difficulty at every turn,” Granvil Treece, Texas Aquaculture Association board member and aquaculture consultant at Treece and Associates, tells Aquaculture North America (ANA).

Robert Adami Jr, Natural Resource Specialist at the Texas Parks and Wildlife Department (TPWD), says the inability to compete with cheaper imports has caused some farmers to get out of the business.

“There are only about six or so shrimp producers in Texas that are left. There used to be more, but cheap shrimp imports caused a lot of them to leave shrimp production and move to finfish,” Adami says.

In “The Changing US Shrimp Farming Industry 1988 – 2016,” Treece, who wrote the report, cited other factors that have been pulling back industry growth. These include low shrimp prices and high feed prices, high mortality rates on most of the farms, post-larval quality and increasing regulations from federal and state governments such as the Environmental Protection Agency, the Texas Commission on Environmental Quality and TPWD.

How much has changed since?
“A few things have changed in the last few years,” Treece tells ANA. “There have been a few changes in the federal and state regulations of aquaculture. Regulations on all aquaculture, not just shrimp, are getting more cumbersome over time, and there seems to be no reversal of that trend forthcoming.”

Texas shrimp farmers are already reporting production data to the TPWD annually as part of their exotic species permit. But recently, the National Oceanic and Atmospheric Administration (NOAA) implemented a seafood monitoring and traceability program that requires domestic shrimp farmers to submit yet another report, says Treece.

“The National Aquaculture Association opposed this and wrote several letters to NOAA, to no avail. The public comment period elicited many negative comments, but NOAA is still requiring this new layer of regulations, which is going to be time-consuming and expensive for farmers who are already struggling to stay afloat.”

The common practice throughout the country is to grow one crop of larger shrimp to get better price, but late-stage mortality in ponds leads to low survival rates.

One farmer that stands out is Bowers Shrimp Farm because it generally has the best survival rate in the state, says Treece. He says the country’s largest producer of farmed shrimp has found a different formula that’s paying off. “Reed [Bower] has found that two crops of smaller shrimp produce a better survival rate. He puts shrimp into a temperature-controlled biofloc nursery in February and stocks ponds with advanced juveniles as soon as temperatures allow it. He then restocks the nursery for the second crop to be stocked in mid-summer.”

ANA requested the farm owner, Reed Bowers, for comments but he took a raincheck. He was busy putting up a shrimp hatchery.

A confluence of factors has made it imperative for some producers to build their own hatcheries to have access to adequate and quality seeds. They are forced into this “very expensive process in order to survive,” says Treece.

Two farms in Texas have shut down since 2017. “Most small farms make just enough to get by. I know several farmers who want to retire and have put up their farms for sale.”

Consumer awareness
The lack of awareness among US consumers is also working against the industry. They do not fully understand why locally farmed shrimp is more expensive than shrimp from India, Indonesia, Ecuador and Thailand, the leading exporters to the US.

“Monterey Bay Aquarium has a Seafood Watch Program that tries to educate seafood consumers and has rated the US farmed shrimp industry as Green, a good classification, whereas it has rated sources of imported shrimp as poor,” he explained.

Government support
Treece acknowledged the US government’s assistance “on very rare occasions” to aquaculture producers. One of them was the USDA Trade Adjustment Assistance Program, where he had participated as a business planning specialist. It only lasted a few years and was terminated.

Another was the USDA Marine Shrimp Farming Program at the Oceanic Institute in Hawaii. The program was an integrated multi-state research consortium that developed and transferred “technologies, products, and services necessary for domestic shrimp farming industry to become competitive in the world market.”

The US Congress terminated the program in 2011. What was interesting, Treece says, was what transpired after the program was discontinued. “The Oceanic Institute sold the technology and shrimp bloodlines, paid for by US tax payers, to China,” he says.

He suggested that “some type of tariff” be placed on shrimp from countries that do not have the same level of regulations as US shrimp farmers. The proceeds from the imposed tariff “need to go back to the shrimp farmer and not the US Government,” he suggested, otherwise those tariffs would only serve to raise shrimp prices for consumers, he said.