Group lays groundwork for commercial lumpfish production in the U.S. 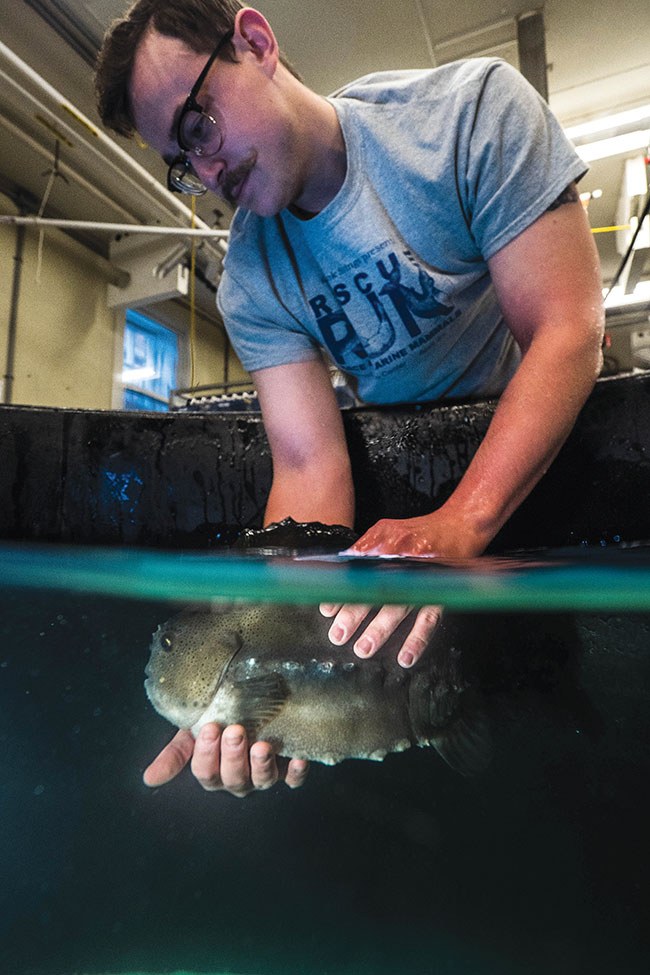 Lumpfish are being grown at the Coastal Marine Lab to investigate their use as cleanerfish at cage-reared salmonid farms in the US Credit: NH Sea Grant

A consortium formed to advance the use of cleanerfish in the United States says domestic production of lumpfish is so small that it’s not enough to make it a key component of sea lice management in Atlantic salmon farming.

There is a need to educate U.S. federal and state regulators, aquaculture researchers and entrepreneurs about the benefits of lumpfish as cleanerfish for salmonids and how effective it can be if used properly, said Fairchild, who represents the university in the U.S. Lumpfish Consortium.

“Awareness will spark more research that will lead to cleanerfish hatcheries in the U.S.,” she said. “This is a really new tool for the domestic salmonid industry. Lumpfish have only been in use for about five years in Europe, and even less so in Atlantic Canada.”

Building a locally sourced, captive broodfish fish population from scratch is necessary because the U.S. salmonid industry has much to gain from using lumpfish, Fairchild emphasized. It is a species native to the Northwest Atlantic, it is relatively easy to culture, and it has been proven to help reduce and control sea lice infestations naturally with no negative effects on salmonid. This will also reduce reliance on other methods that could be more stressful to salmonids, such as thermal baths, or chemical treatments that become less effective over time, such as hydrogen peroxide.

Maine and New Hampshire have been identified as ideal sites for commercial lumpfish production because of the adequate availability of cold seawater and the number of salmon and steelhead trout farms in those states.

“We are in the throes of this work right now and will have many hatchery studies completed over the next 12 to18 months. Additional lumpfish/salmonid studies will be underway over the next year or two. Our goal is to make our findings available as soon as we have them through demonstration site tours, presentations, workshops and publications,” she said.

The world’s top lumpfish producer is Norway, produced 31.1 million fish in 2018. Canada produced 2 million lumpfish in 2019 but a commercial lumpfish hatchery currently being built in Newfoundland is expected to add 3 to 5 million annually to that number. US lumpfish began production only in 2019 and the producers–UNH, the UMaine Center for Cooperative Aquaculture Research and the USDA Agricultural Research Service–produced a combined 15,000 that year.