When two million pounds of farmed fish perished in British Columbia because of a toxic algal bloom in 2015, crew from West Coast Reduction Ltd (WCR) received moved the volume to its the company’s Nanaimo facility. But the work that WCR professionals perform is clearly no ordinary cleanup. It is a delicate job involving microbes and pathogens from dead animals that could seep into the environment if not handled well.

“We have all the logistics and Canadian Food Inspection Agency (CFIA)-certified facility in place that we can take those volumes, render them, sterilize them and make a value-added product, with no fear of getting those pathogens out in the open. It is similar to the services we provide to the livestock processing industries,” Ridley Bestwick, WCR’s chief financial officer, tells Aquaculture North America (ANA).

The vital work that rendering facilities such as WCR perform often goes unnoticed, but their services are critical to helping sustain the agriculture/aquaculture industry, the food services sector, and the environment.

WCR is Western Canada’s largest independent rendering facility. It recycles about 450,000 tonnes of food byproducts, including beef, pork, poultry and fish, in Western Canada annually. Of this volume, aquaculture byproducts — heads, fins, tails and guts — account for between 5,000 to 10,000 tonnes a year.

Marine Harvest Canada (MHC) accounts foras a large part of WCR’s Aquaculture aquaculture volume along with Brown’s Bay Packing Company, which who is its longest standing aquaculture supplier. WCR also services Cermac and others on the BC coast.. MHC produces three to four trailers of fish waste from its Port Hardy processing plant each week and that waste is trucked down to WCR’s Vancouver plant daily or every second day, depending on the volume.

Bestwick tells ANA that rendering is a lower-cost solution for fish farmers and processors dealing with aquaculture byproducts than industrial composting, and also a more environment-friendly option.

“Our plant here in the Port of Vancouver takes the equivalent of 150,000 cars off the road each year in green-house gas reduction. In BC, there is no enclosed composting facility where the gases from composting are captured, so those materials, if they went to compost, would create gases. Composting facilities have a negative carbon footprint, we have a positive carbon footprint,” he says.

Rendering is also “the best way to clean the product,” adds Doug Davidson, WCR’s operations manager. “Animal byproducts are cooked at high temperature during rendering so microbes and pathogens, or any viral-type issues, are sterilized in the process,” he says.

The supply of fresh raw product and how quickly it is rendered is crucial in producing quality fish oils and protein meals. “For some of the businesses that are far away and have small volumes of byproducts, composting is the closest and easiest fix because WCR can’t collect those volumes fresh enough to get to rendering,” says Davidson.

He explains that fish byproducts produce fishmeal with a protein content of between 64 to 70 percent, and the fresher byproducts are when rendered, the more of that protein is retained. “So if something is left for two days (because of travel time) before it is rendered, it will lose 1 or 2 percent of those proteins.”

But Davidson sees the share of those small farms in WCR’s business growing as the aquaculture industry grows. “As their business and volumes grow, our service to them becomes more economical,” he says.

Bestwick adds: “We are supporting the biggest players of aquaculture and we hope to support the small players as well. In the near future we hope to provide options to supply the service to the more remote locations.”

WCR not only serves the industry in terms of helping dispose its byproducts but also in recycling that waste into valuable feed ingredients.

The aquaculture industry is the company’s biggest customer for proteins produced from rendering poultry byproducts. “We sell our finished products to the likes of Skretting and EWOS, who blend those proteins into feeds,” says Bestwick.

The biggest customer for the fish meals produced out of rendered fish waste is the pet food industry.

Since the company’s start in 1964, Bestwick says the rendering industry has become more regulated, customers’ demands have become more specialized, and competition for animal byproducts has increased because of the growing movement toward composting and other green energy initiatives.

“In the last 50 years, scrutiny over the process and products in our industry has increased; biosecurity and food safety have become top priorities,” says Bestwick, who noted that CFIA audits and issues industry permits.

Davidson says the basics of rendering have also become much more refined over the years; centrifuge technology and polishing are now the norm, along with raw materials segregation to produce higher quality ingredients. “When I started in 1978, everything was boiled in one pot,” he recalls. Clearly, specialization helps answer the customers’ increasing demand for single-ingredient feed ingredients.

Over the last 10 years, Bestwick says the company has seen its supply of raw materials decline because they are being diverted into other recycling initiatives — for example, composting and biogas — that he believes is not as sustainable as rendering. The organic landfill ban in Greater Vancouver has also contributed to the decline in the supply of byproducts for rendering, he says.

“Organics (food scraps) cannot go into landfill anymore in Greater Vancouver.   We don’t render green vegetable material — it’s better for that to go to composting or biogas or landfill — but the organic landfill ban created an opportunity for waste haulers to also take fish and meat material from our suppliers. I would say we’ve seen a 5- to 10-percent drop in volumes of byproducts that we pick up from butchers and supermarkets,” he adds.

Bestwick acknowledges that while disposing waste via composting is well intentioned, he says rendering is the most sustainable solution for recycling meat and fish byproducts. “Compared to composting, rendering reduces greenhouse gas emissions by 90 percent and adds five times more value to the local economy,” says Bestwickhe says.


He regrets that this fact is lost on most consumers because “the fact is, in past years we did not market what we were doing,” he says. But now, the company is increasing its visibility in the media and the community to promote a better understanding of the company’s work.

“We are communicating our role, we meet with government officials, we go to conferences and trade shows, we advertise, sponsor events, communicate with the media, talk to consumers and regulators. We get the message out about the contribution we make to the sustainability of aquaculture and agriculture,” says Bestwick.

In 2016, the BC Food Producers Association awarded WCR with its the Sustainability Award, a proof that finally, the company is succeeding in getting the word out, and its contribution to the environment, economy and people of BC is recognized. 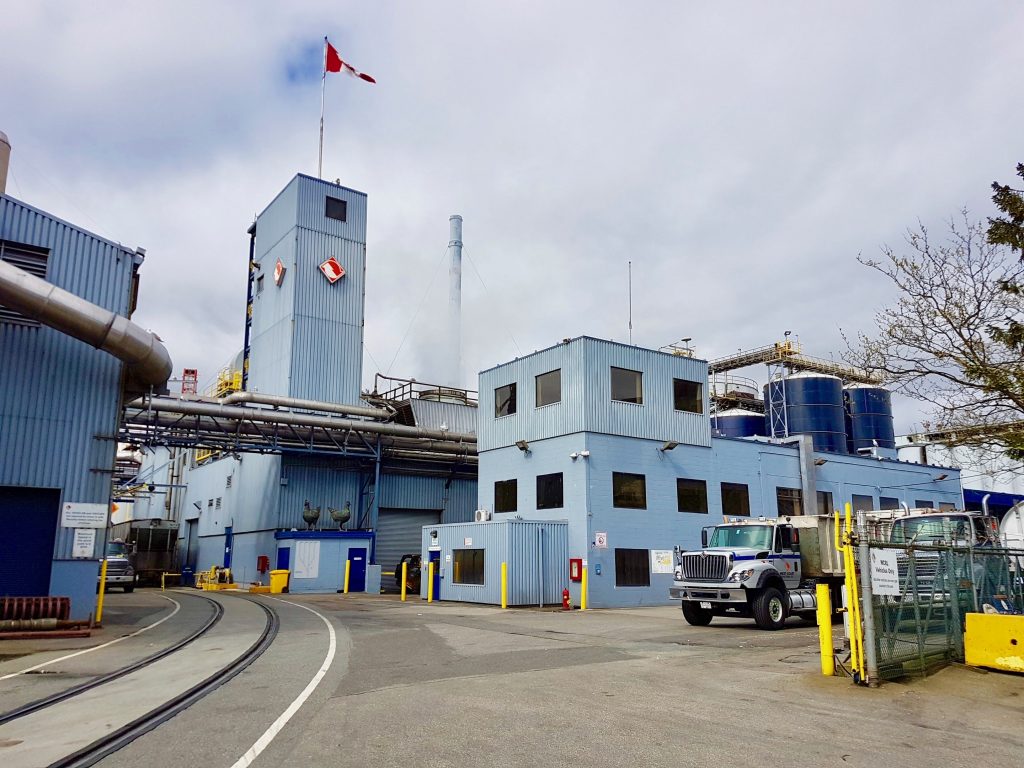