High-tech food production could entice youth to work the farm 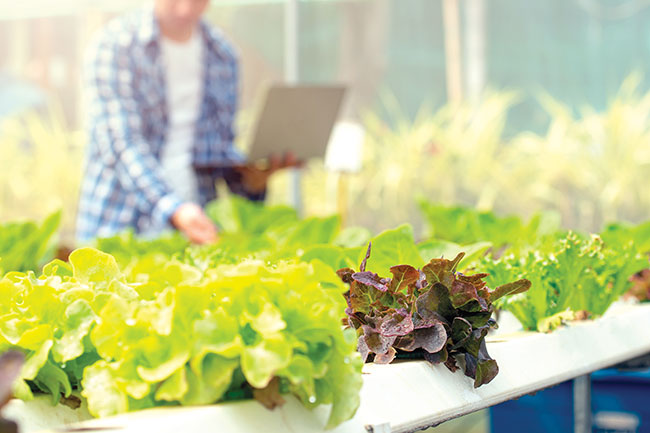 The growth in technology-based food production such recirculating aquaculture and aquaponics could bring back the youth to the agriculture workforce.

Dr Louis R. D’Abramo, Professor Emeritus at the Department of Wildlife, Fisheries and Aquaculture at Mississippi State University, noted this is especially true in North America, where young people in generally do not find rural life appealing, unlike their counterparts outside the region.

“It is not difficult to attract international students to four-year graduate programs because in most cases, they come from countries that have flourishing aquaculture industries that significantly contribute to the economy and many individuals who are willing to work in the industry have different lifestyles and generally live in rural areas,” says D’Abramo.

The aversion to working in a remote setting, where most farms are located, is echoed in Canada as a key challenge in attracting and retaining aquaculture workforce. The report “Labor Market Forecast to 2029” from the Canadian Agricultural Human Resource Council, says this could delay or prevent the industry’s expansion.

The departure of young people from farm work has been going on for a generation but aquaculture’s expansion particularly in so-called “controlled environment agriculture” could provide some relief.

Dr Michael Schwarz, Director of the Virginia Seafood Agriculture Research and Extension Center, says the faster-growing segment under the controlled environment agriculture umbrella is aquaponics. Commercial-scale producers, not homestead farms, are driving its growth, he says.

Taking its cue from the industry and investors, Virginia Tech’s new SmartFarm Innovation Network has established a Controlled Environmental Agriculture Innovation and Education Center where the focus is on SmartFarm technologies.

“We’re starting to see significant capital investment in aquaponics, which in many cases is tying salmonid with the production. In those you need multiple, diverse disciplines in the workforce. If you’re doing aquaponics, you need people that are growing fish, you need people that understand the plants — production, health, disease control, biosecurity to harvesting,” said Schwarz.

At Vancouver Island University (VIU) in British Columbia, students learn about economic, environmental and social sustainability by understanding crop diversification and improved farm economics, which reduce the ecological footprint of food production, and how to operate an integrated food production system.

VIU’s aquaculture greenhouse is unique because it grows sturgeon, a cool water fish, whereas most operations typically grow warm water fish, such as tilapia.

“We’re running out of arable land right now so aquaponics is an alternative we can use,” says Holli Desrocher, a first year student at VIU’s Fisheries and Aquaculture Technology Program. “I wanted to learn more about it to be self-sufficient. When I get older and have kids I want to be able to grow my own vegetables to feed my family.”

D’Abramo acknowledges there’s plenty of work to do, both for the industry and the academe.

“Aquaculture in the US needs to be marketed for what it is. People who engage in aquaculture are indeed ‘trying to save the world.’ That gets people’s attention. The academe needs to find outlets like social media to inform. This approach is essential with current generations. An environment that encourages cooperation between the private sector and university researchers is essential,” he says.

He also placed the onus on researchers like himself to “become better and more frequent communicators about aquaculture” in order to help dispel misinformation. “Effective communication to the general public is commonly not a strong point of university researchers,” he admitted.