How aquaculture changed these Newfoundland communities 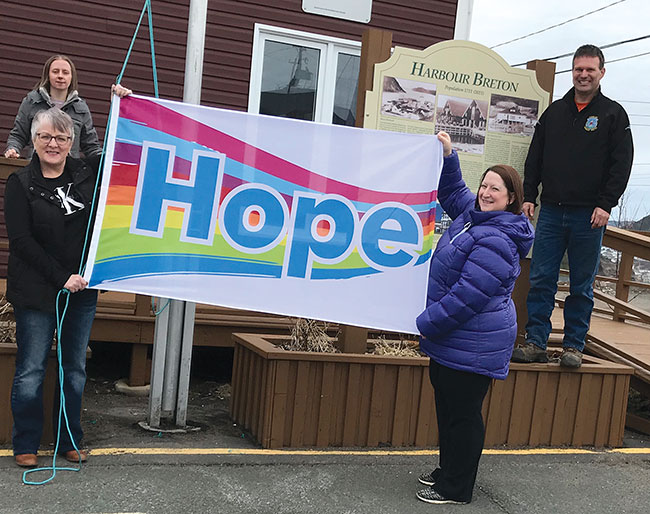 The pandemic brought sharper focus on the relevance of aquaculture. Harbour Breton Mayor Georgina Ollerhead (front, right) and her council convey message of hope in these uncertain times Photo: Municipality of Harbour Breton

“Most definitely the best news ever!” Mayor Georgina Ollerhead’s excitement was palpable on the other end of the line. As the COVID-19 pandemic continued its relentless spread worldwide, the news that Northern Harvest Sea Farms regained its farming licences in the Fortune Bay region of Newfoundland and Labrador was much-needed good news for Ollerhead and her hometown.

Ollerhead is the mayor of Harbour Breton, a small fishing community of 1,600 people. The town, situated near the mouth of Fortune Bay, is home to Northern Harvest Sea Farms owned by Mowi Canada East, and the Barry Group fish processing plant.

Around 130 of the plant’s 176 workers are from Harbour Breton. Another 160 work at Mowi’s saltwater farm and hatchery. But worked ceased when 2.6 million fish died in the fall of 2019, an event attributed to a prolonged spike in seawater temperatures.

“The fish that died were the fish they’re supposed to be processing now,” said Ollerhead in a phone interview in June.

Her constituents have been collecting unemployment checks for sometime now. The reinstatement of the affected farms’ licenses means production will restart. In September, around 50 will resume work at the processing plant and by June 2021 “everybody should be back to work as operations shall be in full swing by then,” she says.

Ollerhead knows personally the narrative of displacement when a community’s source of income disappears. As a young woman in the early 90s, she witnessed firsthand what is referred to as “the largest industrial closure in Canadian history.”

That was the shutdown of Newfoundland’s cod fishery on July 2, 1992 by Canada’s federal government to give the over-fished cod stocks a chance to replenish. Records show that 30,000 people – or 12 percent of the province’s labor force – lost their jobs, including Ollerhead’s father and other family members.

“My father worked at the local fish processing plant here and he made a good living out of it. It was booming. Hundreds of people worked at our local fish plant,” she recalls.

Old age and health issues prompted her father to retire and take a retirement package. The young and fit retrained for other careers. Stories of social problems and out-migration as people searched for work elsewhere became a common theme among the coastal towns. 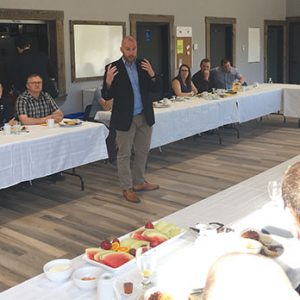 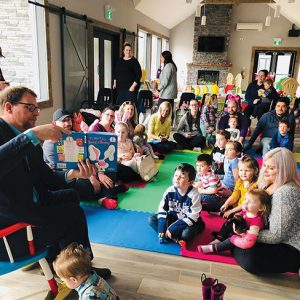 Grand-Falls Windsor is emerging as hub for aquaculture supply chain. Mayor Barry Manuel, seen here reading to a parent-and-tot group, has rejuvenated the town’s recreational infrastructure with programs for all ages Photos: Municipality of Grand-Falls Windsor

Like Harbour Breton, the fishing town of Hermitage-Sandyville is a beneficiary of Atlantic salmon farming. Almost 90 percent of the town’s roughly 450 residents work in the industry.

Says Mayor of Hermitage, Steven Crewe: “We’ve always been a traditional fishing community but in the last 10 years we’ve become an aquaculture community as traditional fisheries has gotten smaller. The main industry that keeps us alive now is aquaculture. Our biggest employers are the fish plant and the farms.”

Crewe, like Ollerhead, saw how families struggled with the cod fisheries’ shutdown. “It was a disaster because people here were either working in the fish plant or were fishermen. You’re looking at people without any jobs and didn’t know what’s coming next. It wasn’t a good time. Thank God for aquaculture. It saved us,” he says.

He saw how lives changed drastically with the rise of aquaculture. He estimates that most plant workers in fisheries were working 14 weeks and were making around $14,000 to $16,000 a year plus the unemployment cheques from the government’s employment insurance during off season.

Around 70 of Hermitage residents work at Cold Ocean Salmon Inc, a fish processing plant owned by Cooke Aquaculture. Another 150 are employed at Cooke’s farm sites. Even during the height of the COVID-19 pandemic, none of the townspeople was laid off, says the mayor.

Joel Richardson, vice president of public relations at Cooke Aquaculture, confirmed this. “We have not laid off any of our 176 Cold Ocean Salmon employees in Newfoundland or any other Atlantic Canadian province where we have a total of 2,000 full-time, year-round Cooke Aquaculture employees. Our essential food production and sea farming operations also support 1,500 additional spin-off jobs as we buy goods and services from 1,269 small and medium-sized enterprises across the region annually,” he says.

Mowi Canada East, which is only on its second year of operations in Atlantic Canada, already employs approximately 300 people across the region at its own hatchery, sea sites, and production operations. Indirectly, it employs others through service and supply providers such as 360 Marine, which does everything from building sea cages (through a partnership with ScaleAQ) to providing transport to sea sites for staff.

Grieg Seafood expects to create 37 direct jobs on land and 101 direct marine jobs in the province with the completion of its aquaculture project in Placentia Bay.

Grand-Falls Windsor also benefits from the industry even though it does not have any fish farm or processing plant on its territory. The town recognizes that retention of workers in aquaculture and ancilliary industries is a constant challenge because workers feel isolated when they work in remote locations. Located within commuting distance to Newfoundland’s main aquaculture regions, its campaign to fashion itself into a hub for the aquaculture supply chain has been met with success. Over the past two years, it has reeled in two major aquaculture service and equipment providers from Norway: ScaleAQ and the Gael Force Group.

The serene village vibe is a legacy from British founders who fashioned the town into a verdant garden community. Since taking office in 2015, Grand-Falls Windsor Mayor Barry Manuel has been rejuvenating the town’s recreational infrastructure. “For us it’s all about quality of life and that goes for anybody in our community. We want to make sure that people have the opportunity to be active and healthy and we as a town have started over a hundred new programs for all ages in the last few years.”

He is optimistic the town will attract additional aquaculture service companies especially with the planned expansion of the industry on the south coast. “We’re really looking forward to it because it is a great opportunity obviously for us to see employment generated and to boost the economy,” he says.

Mowi’s saltwater operations off the coast of Newfoundland and Labrador employs 130 people throughout the year Photo: Mowi 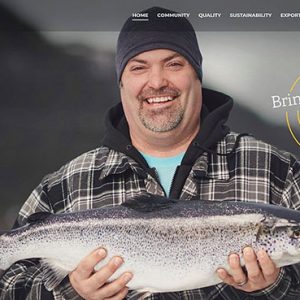 ‘Thank God for aquaculture. It saved us,’ says Mayor Steven Crewe of Hermitage 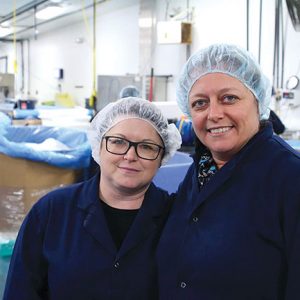 Gail Rose, Hermitage plant manager and Letsie Blackmore, director of processing, Cooke Aquaculture, during a visit to the processing plant pre-pandemic. There were no layoffs even during the height of the COVID-19 pandemic Photo: Cooke Aquaculture

There’s more work to do
But Manuel recognizes that there are still hurdles to that expansion. Addressing these hurdles are a priority for Mark Lane, executive director of the Newfoundland Aquaculture Industry Association (NAIA).

“Newfoundland needs to create a regulatory framework that maintains a high level of scrutiny from an environmental and sustainability perspective, while at the same time enabling people to invest in Newfoundland in order to encourage and enable growth in rural coastal communities that need it and want it,” Lane says.

Jason Card, director of communications at Mowi Canada East, agrees. He says Mowi intends to expand and continue to grow employment and economic activity in Newfoundland and throughout Atlantic Canada. “Our primary limitation would be the rate at which government regulatory processes are willing to advance key projects,” he said.

Lane’s other priority is to “keep the public informed about hardworking Newfoundlanders and Labradorians who are continuing to work through this pandemic.”

Richardson of Cooke Aquaculture acknowledged: “The current pandemic situation reminds us all that locally produced food is vital to food security in Canada, and as a family company we are very proud of all our people working hard in Atlantic Canada’s rural coastal communities who are essential to supply grocery stores with healthy, sustainable salmon and keeping trade moving to key markets.”

Adds Lane: “But all too often aquaculture gets lost in the shuffle and sometimes the good news stories aren’t shared in the mainstream media.” He hopes to change that.

Related
Bracing for COVID-19
Pandemic impact spreads to North American aquaculture
Lessons from a pandemic: We need domestic aquaculture as never before
Poll: How is your organization coping with the business impacts of COVID-19?
Women
More Women Stories
Editor’s Picks