And why seafood was left on the sidelines 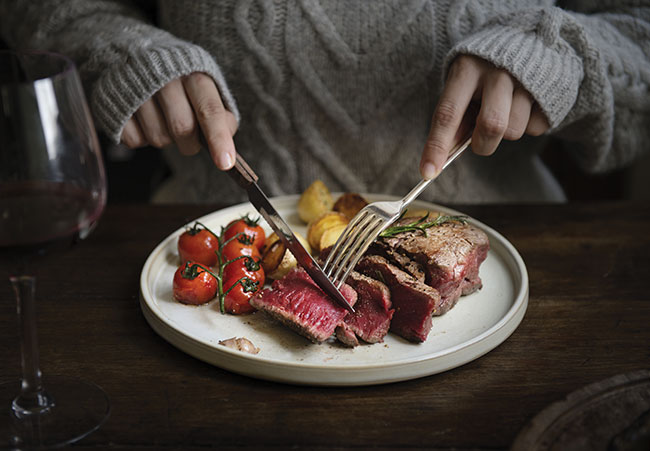 Ever since our ancestor decided to ease out of the hunter-gatherer lifestyle, he sowed plants and tamed animals for dinner. Over years, he successfully domesticated some plants, as well as a few animals for protein and fat in his food. Today, 90 per cent of the meat we eat is made of basically three animals: cow, pig, chicken, with the remaining from sheep, goats, etc. It is mindboggling how we ended up with this few out of so many other candidate animals; yet, we seem happily sated with this limited entrée of meats on our dinner plates.

Sooner or later, the government got involved in helping farmers decide what plants and animals to raise and how. It started with foods from the land. Compared to the ocean, land is owned by someone, often fenced and therefore easily definable as a unit. President Lincoln enacted the Land Grant College Program in 1862: each state would designate a land grant college and fund a cadre of researchers and extension faculties to help farmers. We have NC State in Raleigh and Cornell in Ithaca, NY, for instance. The program has been very successful, in fact, too successful, in improving farm productivity. It helped the US become the food basket of the world through the Green Revolution. The government has supported land grant colleges to the tune of tens of billions of dollars each year to help farmers, as well as the controversial farm subsidies for social and political convenience.

Over time, this lopsided emphasis on land-based food production resulted in gluts of meat and dairy products. Meat became cheap, and excess dairy products started piling up in every warehouse in the Midwest. The government bought them in subsidy and kept excess amounts under the context of price stabilization. They have given free to school lunch programs everywhere and, just to empty out costly warehouses, gladly donated to countries around the world that asked for it to feed their hungry populations.

We produce the cheapest meat and dairy products, along with corn and potatoes, in the world. As a result, we have turned into a society based on the meat-and-potato diet and, in recent history, became attracted to fast food. One consequence is pervasive obesity, the cause of many health problems that is rapidly turning into a huge social issue. One of the food quality parameters comes from the kind of fat, or lipids: good fat or bad fat, or HDL or LDL in dietary jargon, along with all the controversies involving the omega fats. Fats in land animals are not as good for us as those from seafood.

The amount of seafood we eat is a small fraction. Of the little seafood we eat, we import often from countries with relaxed environmental regulations. We are generally suspicious of imported seafood, yet we buy and eat it because it is often the only seafood available. The seafood we import contributes around $17 billion to the US trade deficit; it used to be the second largest trade deficit after oil and gas, but has now become the first since hydro-fracking dramatically increased our oilfield extraction efficiency. If the trade deficit is a national issue, seafood should be, because food is much more important for public health and welfare than gasoline.

Slowly realizing the importance of seafood, the government initiated the Sea Grant College Program in 1966; it was added to each state abutting the ocean or the Great Lakes, creating 33 Land-/Sea-Grant colleges, funded at a total budget of about $80 million that is divided among the 33 states. This is laughably small in comparison to billions every year for the Land Grant program. While a Land Grant college in each state also runs the Sea Grant program, the “cow people” at each college outnumber the “fish people” by an order of magnitude or two. Thus, the impact of the Sea Grant program to seafood production has been minor at best.

After the caveman settled, he raised animals and stopped hunting wild animals. In fact, there has been no commercial hunting for meat in recent human history. Yet, now in this 21st century, we continue commercial fishing in the ocean. We should be screaming: Why? Why haven’t we started raising fish to eat, just as we do with cows, pigs, and chickens? Our answer is inevitable: we must. We must learn and succeed in growing the seafood we eat because all other approaches are untenable and unsustainable. And we must not pollute the environment. RAS may be the last remaining hope to achieve that goal. But it has a long way to go before it can claim to grow seafood profitably.

RAS requires deep pockets, strong minds, and large hearts, none of which suit well to Wall Street. Yet, we must do it because we have no other choice. “How do you make a small fortune in aquaculture?” goes the joke. Only if and when this joke proves wrong, will we be able to claim we have a sustainable aquaculture to improve our diet and national seafood security. RAS, albeit expensive and technically immature, gives us the best shot to get there.

I.J. Won (PhD, Columbia; 1973) was Professor of Geophysics at North Carolina State University (1976-1989), founder/president of Geophex (1983-2008), a geophysical sensors and instruments company based in Raleigh. He has been the owner of Marshallberg Farm since 2005. Email: ijwon@marshallbergfarm.com