Hurricane takes swipe at US hatcheries 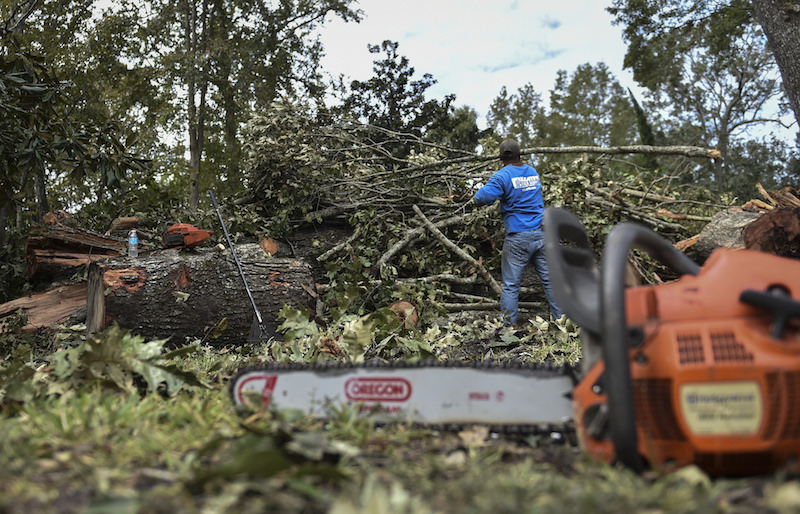 Several hatcheries that fell in the path of Hurricane Matthew, which struck a number of southern states in the United States last October, have sustained damages, say government fish and wildlife officials.

The costs of the damages have yet to be determined as officials take stock of the mess the storm left in its wake in the southern states of Florida and South Carolina.

“I can tell you that the following hatcheries sustained damage; Welaka in Florida, and Bear’s Bluff and Orangeburg in South Carolina,” Chief of Public Affairs US Fish and Wildlife Service Gavin Shire told Aquaculture North America (ANA). “At this time, I don’t have figures on the cost of damages.”

The southeastern United States was hit hard by Hurricane Matthew in October as it moved very close to the coasts of Florida, Georgia, South Carolina and North Carolina. It made one US landfall southeast of McClellanville, South Carolina as a Category 1 hurricane with 75-mph winds.

One of the first to get hit was the Welaka National Fish Hatchery. Originally operated by the State of Florida, it was transferred to the US Fish and Wildlife Service in 1938. Ponds are operated at two locations. Those ponds at headquarters near the aquarium are called the Welaka Unit, and a second group of ponds about three miles south of the headquarters is called the Beecher Unit.

“We are a little bit further inland,” assistant hatchery manager Tony Brady said. “Some signs were destroyed and there was some leaking in ceiling lights and windows. We had a few trees down. There was a good amount of wind; the power went out and the generators ran out of fuel. But it’s a good thing the water continued to flow through the hatchery with no problem.”

The Bears Bluff hatchery works to restore and manage interjurisdictional coastal and riverine fishes, such as the American shad, anadromous sturgeon, and red drum. The hatchery is also responsible for the recovery of species listed under the Endangered Species Act, such as the shortnose sturgeon and candidate species such as the Atlantic sturgeon.

Hurricane Matthew had its way with the hatchery campus and some of the ponds, say staff.

“We have a generator on site that kept the lights on when we lost power,” said Gena Long, fisheries biologist at Bear’s Bluff. “We did have 25 to 30 trees down on the property, but no structural damage. The most significant impact was the high water from estuaries; a lot of saltwater mixed with one of our freshwater ponds. Now it’s totally brackish.”

But all was not lost, Long said.

“We had our scheduled harvest in our red drum ponds and, surprisingly, it was a very successful harvest, better than we thought,” she added.

“We had over 40 trees that were uprooted by high winds,” said Byron Hamilton, Orangeburg National Fish Hatchery manager. “One of the trees fell on one of our quarters and caused significant roof damage. That is the bulk of the damage we received from the hurricane.”

A Fish & Wildlife Special Operation Response Team (SORT) came out to remove the trees that were hazardous to staff and visitors, he added. None of our ponds and fish facilities were affected.