In search of alternative, eco-friendly protein source for tilapia diet 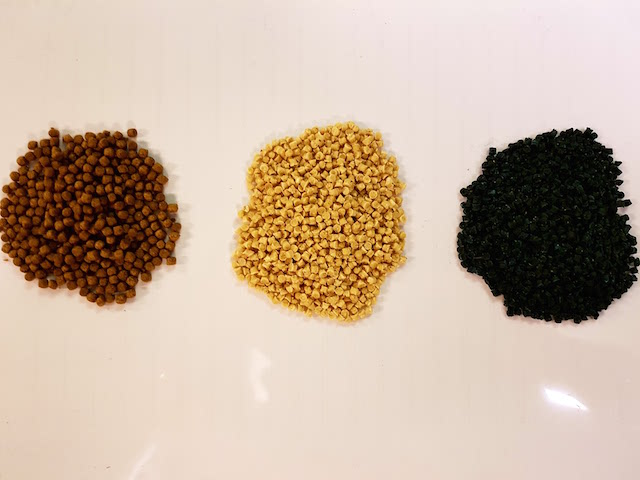 Taking the lead from a recommendation of the United Nations Food and Agriculture Organization (FAO), a biology graduate student conducted a study and found out that palatability may be a key factor when it comes to inclusion of Spirulina in tilapia diet.

In 2008, FAO released a report in which they urged governments to reevaluate the potential of Spirulina to fulfill food security needs. The one-celled plant is a superfood valued for being rich in vitamins, minerals, carotenoids and having 70-percent protein content and yields 200 times more protein per unit area than beef.

In her thesis, Kathleen Allen of Queen’s University, Kingston, Canada, evaluated the use of Spirulina and soybean meal as an alternative protein source in tilapia grow-out diets. Soybean protein is the most important plant-based fishmeal alternative.

“Spirulina is nutritionally appropriate, and relatively digestible, but has questionable effectiveness as a primary protein source in grow-out diets,” said Allen, who has expertise in Plant Fertilization, Animal and Human Nutrition, Aquaculture.

preferred stock among fish farms after carp. Demand for tilapia is projected to almost double from 4.3 million to 7.3 million tons between 2010 and 2030, according to World Bank.

“It is necessary that we find an alternative to expensive, ecologically harmful, and unnecessary ingredients in tilapia aquafeeds,” she cited in the study.

Then, there is also its dietary flexibility, which does not require fishmeal as part of its diet.

“I evaluated my experimental diets based on their stability in the water column, effect on growth, waste production profiles during the growth trials – total ammonia nitrogen and total phosphorous – their palatability, and their profitability,” she told Aquaculture North America. The results were compared with the evaluation done on commercial feed (CC).

Preliminary results suggested that SP15 and CC are the most palatable and most effective growth-promoting feeds.

All feeds resulted in weight and length gains and thsere was no significant difference in growth performance between feed treatments.

“These results suggest that the protein quality of Spirulina may not be the factor limiting high levels of inclusion in aquafeed. Instead, Spirulina appears to reach a point when it becomes unpalatable to tilapia and, as a result, impairs feed intake and growth,” she pointed out.

Citric acid and dried basil, known to increase feed intake and as taste enhancers, respectively, were added to SP15 to see if it will further improve this diet’s performance. No significant effects were observed.

The benefits of including Spirulina in tilapia’s diet cannot be disputed, but cost would be a major stumbling block among fish farmers, said Allen.

Offsetting the cost of Spirulina

Costing an estimated $783 (C$1,000) per ton, Allen said that Spirulina is unlikely to be incorporated into aquafeeds at high levels.

There are more ways to offset the cost of Spirulina.

“Overall, we recommend that Spirulina and soybean meal be adopted to replace fishmeal in Nile Tilapia diets but further research is necessary,” she said.

From operation and marketing perspective, tilapia fed with Spirulina instead of fishmeal can be marketed as an ecologically responsible food item. It can then be priced higher and possibly offset the cost of using Spirulina.

Allen presented the results of her thesis, Evaluating Spirulina as an Alternative Protein Source in Nile Tilapia oreochromis niloticus grow-out diets, in February at Aquaculture 2016 in Las Vegas.