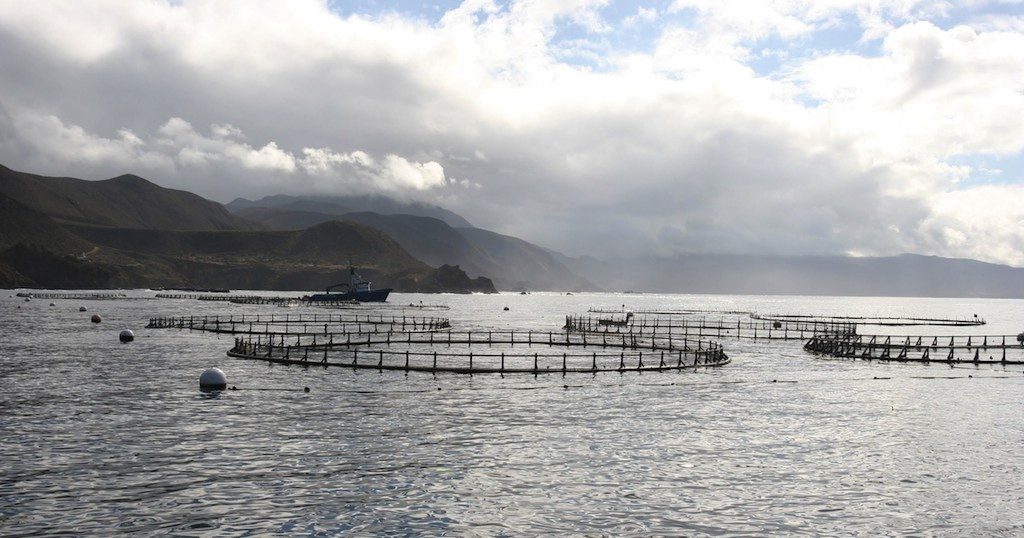 Cross border aquaculture is good for some US seafood producers.

Mexico has offered some US headquartered mariculture companies to raise their fish over the border where regulators are more open to offshore aquaculture than in the states and now there’s a major effort by Mexican offshore fish farmers and government officials to make their country ‘the place’ for raising fish offshore in North America.

As the US government reviews public comments, collected over the fall, on the first offshore aquaculture plan for marine waters, continuing what has been a long road of judicial and legislative efforts to bring offshore aquaculture to the Gulf of Mexico, the Mexican mariculture industry has established an, as of yet unnamed, “association” of mariculture business leaders uniting to build an economically sustainable offshore fish farming industry to take advantage of the slow adoption of offshore mariculture to the north.

“Yes, we are definitely pushing for a common goal and the sustainability issue is one of the priorities,” Luis Astiazaran, chief executive of Baja yellowtail farming company Baja Seas, told Aquaculture North America. “We have recently formed an association of companies that are involved with marine fish culture and are currently laying the ground work to work together with the government to further develop this industry in México.”

In related news, the central government, in October, forecast aquaculture sector production in the State of Mexico, just one region of the country, will reach about 20,000 tonnes in 2015 compared with 14,309 tonnes produced in 2013 valued at MXN 760 million (USD 55.9 million).

The head of the National Commission of Aquaculture and Fisheries (CONAPESCA), Mario Aguilar Sanchez said boosting aquaculture provides “a great opportunity to contribute to the growth of the industry, with products having nutritional and protein quality available to Mexicans,” according to press reports.

To achieve these production levels this year MXN 46 million (USD 3.3 million) was invested in that state of Mexico, of which MXN 30.4 million (USD 2.2 million) was provided by the State Government and MXN 15.6 million (USD 1.1 million) was supported by the Federation through the Secretariat of Agriculture, Livestock, Rural Development, Fisheries and Food (SAGARPA) and CONAPESCA.

Over the past several years, a number of US based mariculture companies have decided to farm their fish offshore in Mexican waters. For instance, troubled tuna rancher and farming firm Umami Sustainable Seafood, originally based in San Diego, California had tuna ranches and facilities in Mexico before it ran into recent financing woes.

In addition, Rex Ito, Pacifico Aquaculture co-founder and Chief Executive Officer of Prime Time Seafood, has offices in Los Angeles (L.A.), California while Pacifico’s seabass, yellowtail, and hybrid striped bass are farmed in Mexican waters on the lee side of Todos Santos Island, 8 miles off the coast of Ensenada in Baja California.

Ito’s Pacifico co-founder Eric Pedersen is based close to the farm site in Mexico, while Ito runs the distribution and sales from L.A.  The cross-border existence allows for the best of both-worlds. Pacifico’s partnership with Hubbs Sea World llows it to purchase fingerlings weaned on a soybean-based directly from the research facility diet.

Hubbs SeaWorld has been involved in an active breeding program for white sea bass for the last 15 years. The initiation objective was stock enhancement, but in 2011 Pacifico negotiated to purchase all excess production for their cages in Mexico.

The fish farm has been working directly with other striped bass producers around the U.S., and currently works with Ken Beers at The Fishery, Inc. in Sacramento, California, with Mike Freeze at Keo Fish Farms in Arkansas, and with the N.C. State Pamlico Sound fish hatchery in Aurora, North Carolina, according to Pacifico executives.

It’s not clear whether companies that are based in the U.S., with their fish farms in Mexico, will be able to be part of the mariculture consolidation efforts led by Astiazaran’s ‘association’ of marine fish farmers, but what’s clear is the country’s government and private sector are working hand-in-hand to build an industry that can be an alternative to the current lack of offshore fish-farming in the US.