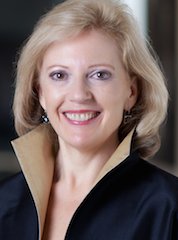 Canada’s seafood farmers and the Canadian Aquaculture Industry Alliance (CAIA) are supporting the recommendations in a report by the Senate Standing Committee of Fisheries and Oceans including the call for a national Aquaculture Act, the first federal act of its kind in Canada.

“The Senate Report is a significant endorsement of farmed seafood in Canada. We support the

call for a National Aquaculture Act. The Act will recognize our seafood producers as farmers. It will also result in an open, accountable and transparent regulatory process and ensure that important environmental safeguards are in place,” said Ruth Salmon, Executive Director of CAIA. “It would allow Canada to emerge as a global leader in sustainable seafood farming.”

Canada is the world’s only major farmed seafood producing country without modern national legislation. The current federal and provincial regulatory system is based on legislation 150 years old.

“Aquaculture, or farmed seafood, is today among the fastest food producing sectors in the world. It’s healthy and nutritious and accounts for nearly half of all the seafood in the world,” added Ms. Salmon. “Few jurisdictions can match Canada’s natural advantages when it comes to aquaculture.”

Aquaculture in Canada accounts for $3.1 billion in economic activity and employs over 15,000 workers. It generates 1/3 of the total value of Canada’s seafood production. A new national federal strategy focused around a new Aquaculture Act would add an additional 17,000 jobs and over $3 billion in additional economic activity, creating a sustainable growth opportunity for rural and aboriginal coastal communities.

The full Senate Report is available at http://www.parl.gc.ca/Content/SEN/Committee/412/POFO/RMS/12jul15/NewsRelease-e.htm.