Industry weighs in on potential changes to NAFTA

Donald Trump considers the North American Free Trade Agreement (NAFTA) to be “the worst trade deal” in American history, and vows to either scrap the agreement or to replace it if he does not get the changes he seeks. So far, Trump has settled for renegotiation. This means Canadian, Mexican and US trade negotiators will discuss for much of 2018.

NAFTA centres around auto manufacturing and other such sectors, but players in the aquaculture industry would be wise to prepare for uncertain times ahead.

Neil Anthony Sims, co-founder, CEO and CSO of Hawaii’s Kampachi Farms LLC believes that even if NAFTA were completely revoked, seafood imported from Canada or Mexico into the US would remain tariff-free. US consumption of seafood far outstrips domestic production. Imposing tariffs would make it harder or more expensive to get seafood to American consumers, which would be detrimental to both national economic and consumer health.

“You may have activists or populists saying we need to impose tariffs on imported products because we need to protect the local industry,” says Sims. “There is a very, very small local [seafood] industry. Mexican and Canadian products don’t compete significantly with US products. Everybody in this industry recognizes that we need to grow the industry in the US and the main challenge to that is not the imports. The imports are a symptom, not a cause. The cause of the failure to grow the aquaculture industry in the US is the lack of political will.”

Jeremy Dunn, executive director of the British Columbia Salmon Farmers Association (BCSFA) agrees, noting that the United States imports significant wild and farmed seafood from not only Canada and Mexico but also Norway, Chile and nations in South East Asia.

“From a seafood perspective, I would say that no one benefits,” says Dunn regarding potential changes to NAFTA. “There would be some level of uncertainty for producers and for consumers. But there isn’t a benefit either way, really.”

Dave Rudie, president of San Diego-based fish distributor Catalina Offshore Products, says NAFTA has very little effect on the industry. Pre-NAFTA, import duties on seafood products were low, he says. But there are things that concern him.

“If NAFTA were to be overturned, it would go back to what it was before,” says Rudie. “It would not have a huge effect on the seafood business. The scarier thing that we’ve heard about is the possibility of a 20-percent border adjustment tax. If there were to be a 20-percent import tax on seafood from Mexico, that would make a huge difference. If NAFTA blows up and there’s a trade war, then anything is possible.”

One of the trickier aspects of the NAFTA renegotiation is “laws of origin,” which has come into play in circumstances where, for example, a car manufacturer may be using parts from other nations; would the manufacturer have to pay tariffs on those foreign parts? It is unknown what form such changes would take or how they could impact the industry.

“One of the aquaculture companies that I buy from is Baja Seas Hiramasa,” says Rudie. “They’re buying their food for the hiramasa out of Canada, growing it in Mexico and it’s primarily marketed in the US. It’s a product of Mexico, but some of the food that goes into the fish is coming out of Canada. I don’t know if that would be affected by any change in rules or not.”

Seafood market analyst, John Sackton, says that while tariffs would likely return to the low levels they were pre-NAFTA, a change to the agreement could disrupt the business plans of individual producers.

“If you have an investment into oysters or salmon or something that’s a two- or three-year cycle, and then all of a sudden the market landscape at the end of your three-year cycle is totally different than when you first put the product in, that’s a significant problem. That can be very disruptive,” says Sackton, who publishes Seafood News.


Canada recently signed a free trade agreement with Asia-Pacific. While that and the diversity of Canada’s trading partners around the world could help Canadian producers make up for some lost sales if NAFTA was revoked, Sackton notes that the Canadian industry is still significantly tied to the US.

“If you look at not just the broodstock but the drivers of Canadian aquaculture, for instance, salmon and mussels and oysters, the US is far and away the primary market for those,” says Sackton. “Even if they increase sales in Europe or Asia, the US is still going to be the largest [market] by far. The Canadian producers and the US market are very intertwined. Even if you add costs, you can’t really separate the two.”

All four observers we spoke to agreed that altering NAFTA would not benefit the aquaculture industry. Even if prices increase on imported seafood products in the US (thus benefitting US producers) this would not help the industry’s more prevailing need, which is to get consumers to eat more seafood. However, as aquaculture is not a big factor in NAFTA discussions, the industry may end up being a victim of decisions made in support of other sectors of the trading relationship between Canada, Mexico and the USA.

“I’m hoping it doesn’t have an effect, but you never know for sure,” says Rudie.

“If there is any suggestion at all that seafood is added as a tariff commodity, the industry will be in an uproar,” says Sims. “There is universal, vehement support for tariff-free flow of seafood into this country because we are so totally dependent on it.”

“The trade between our two countries in a number of products is important,” says Dunn. “I think that anybody involved in the seafood business should absolutely be paying attention because this is a very important bilateral relationship between Canada and the United States.” 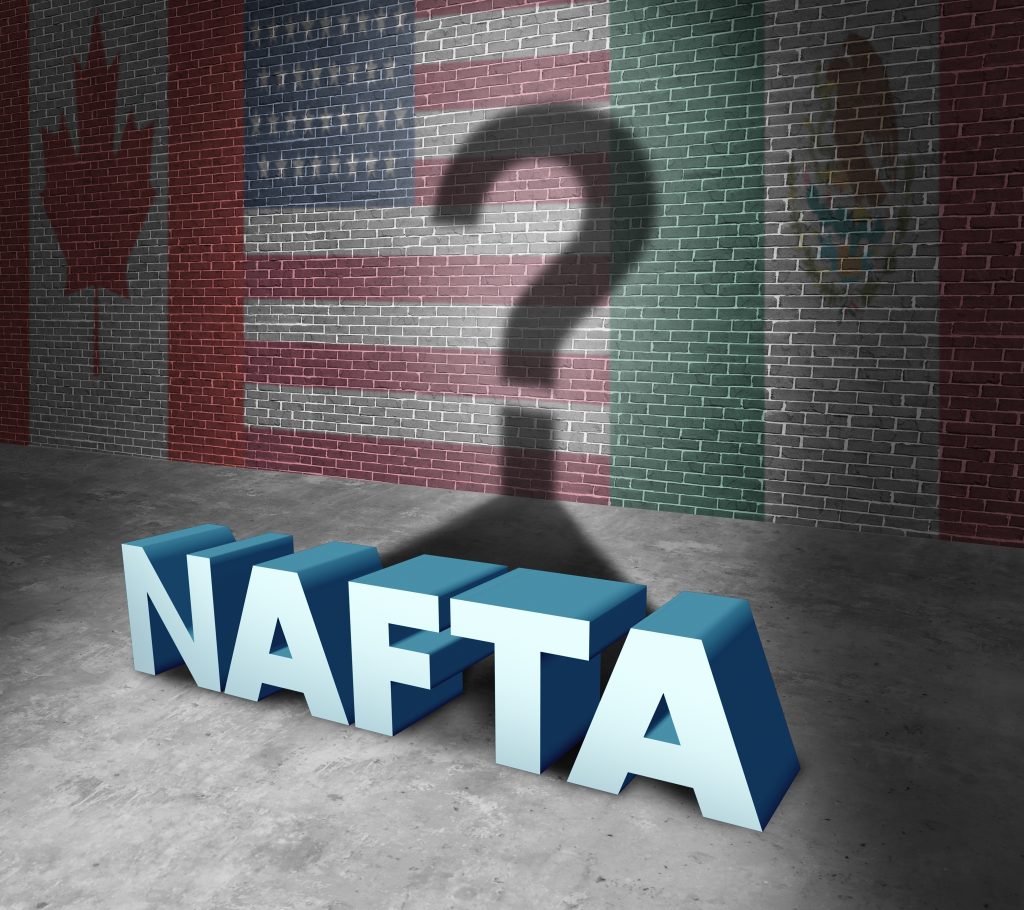