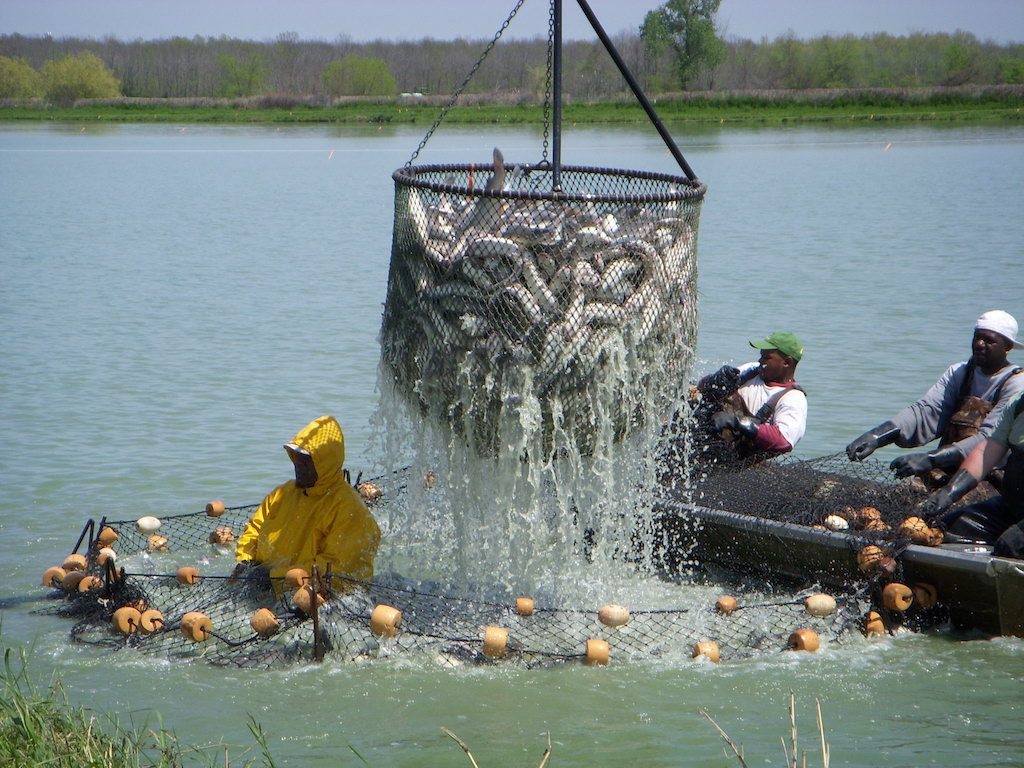 Dr Jimmy Avery, who cited the figures in his paper on the status of the US catfish farming industry, said however that the rate of decline has slowed significantly in recent years and new ponds were built in 2016 due to record live catfish prices.

Avery is with the Mississippi State University’s Thad Cochran National Warmwater Aquaculture Center. He presented his paper at Aquaculture America 2017.

“If you look at the period, for example, from 2006 to 2010, you’ve got very flat fish prices at about $0.77 to $0.79 per pound,” says Avery. “At the same time, feed was beginning to go from roughly $255 per tonne in 2006 to around $375 to $380 per tonne in 2010. So you’ve got increasing feed prices, relatively flat fish prices and increased competition from foreign competitors. And pretty much a sluggish economy during that time frame,” Avery tells Aquaculture North America (ANA).

Ripe for a rebound

After 2010, market conditions began to improve as domestic production has dropped to the point where the market was willing to pay more to make sure it was getting US product, says Avery. Catfish prices went up steadily from $0.80 per pound to $1.21 per pound in 2016 (see graph). Feed prices have dropped to $378 per tonne by 2016 from a high of $562 per tonne in 2012. Meanwhile, likely driven by previously dire market conditions — a variety of new technologies and techniques came to the forefront.

“Whether you’re looking at increased aeration, the use of hybrid catfish, or the use of more-intensive production systems, [new technologies] have really allowed farmers to take advantage of these kinds of fish prices,” says Avery. “We can really get out there and produce more on a per-acre basis. It’s those new technologies that are really allowing people to take advantage of this upturn.”

The president of the Catfish Farmers of America, Townsend Kyser, of the the Kyser Family Farms, noted that new technologies such as his farm’s oxygen monitoring system, have greatly improved the way they run their business.

“Those changes helped, and there have been some hybrid catfish that have been developed that seem to grow a little bit faster,” says Kyser, who was once named Catfish Farmer of the Year by the Alabama Farmers Federation. “That has helped some producers be stronger. It doesn’t work for everybody, but it’s helped a lot of producers change the way that they were farming. Our workup is evolution – the strongest will survive and those of us who learn to adapt and tighten up some of our margins and watch everything a little bit closer – we’re able to hang around. We have been doing well for a few years to make up for some of those bad years.”

Joey Lowery, owner of Lowery Aqua Farm and former president of the Catfish Farmers of America, agrees, noting how the smart businesses that survived the difficult times changed their approach.

“When prices are low, you need to cut your stocking back,” says Lowery. “You need to do things a lot more efficiently. It just doesn’t pay to try to raise all the fish you can when you’ve got bad economic conditions. People that saw that, and did that, I think fared better than the guys who just kept on hammering.”

A contributing factor in the industry’s upturn is the efficiency of operations in terms of the amount of space utilized. New techniques have allowed catfish farms to produce more fish from a much smaller space.

“I think the average production per acre now is around 6,000 pounds,” says Lowery. “Several years ago, it was around 3,500. That’s really significant, that we’re producing more fish on less acreage. And that’s due to some increased aeration, some split-cell, split-pond production technique.”

Roger Barlow, president of Mississippi’s The Catfish Institute, says what helped the industry further has been finding the right market and positioning the product correctly.

“We are American farmers and we’re growing American catfish for the American consumer. We are not taking the consumer for granted,” says Barlow. “We understand it’s a challenge to maintain that loyalty that exists between the consumer and the farmer and the product that we offer.”

Kyser goes even further, noting that everyone who is still in business is now using labels that make consumers aware of the differences between their products and those imported from other areas.

“We have higher quality product, raised and grown in a much better environment, and some people are willing to pay for that,” says Kyser. “That’s the kind of people we need to be working with.”

Another recent piece of good news is the announcement that, as of September, catfish imported from Vietnam will be held to the same standards as those produced domestically. All producers we spoke to felt this was a very positive development.

“They [Vietnamese farmers] ought to be doing the equivalent of what we’re doing over here,” says Lowery. “Anything that comes into this country should meet our standards. I think people in this country take that for granted; they think that everything is inspected and everything is up to par, but that’s not the case at all. And we have a right to demand that as Americans.”

Barlow posits that as the industry continues to rebound and grow, regulatory issues will become more prevalent and will be the next challenge for the industry.

“There’s no question, there’s going to be more regulations as it pertains to water quality, groundwater usage,” says Barlow. “That’s coming our way fast. Too much regulation can stifle the industry, the right amount can benefit consumer confidence. A balance will have to be struck.”

“If production costs increase, say, by 5 to 10 percent, what kind of impact will that have in the marketplace? And if fish prices drop, or feed prices rise two years or three years out, that could certainly bring in new challenges.”