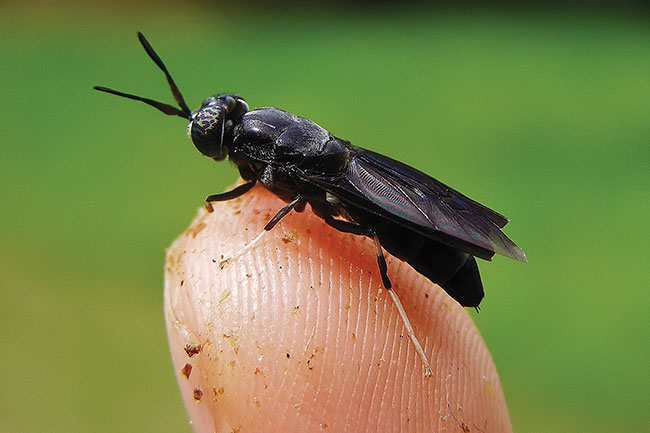 With the help of black soldier fly (inset), Enterra’s facility in Alberta, Canada recycles 130 tonnes of food waste per day and turns it into 10 tonnes of high-protein feed ingredient Photo: Enterra Feed Corp

A British Columbia company that produces salmonid feed ingredient derived from black soldier fly larvae is scaling up production at its first manufacturing facility with the help of a $6M grant from the federal government.

Enterra Feed Corporation, headquartered in Maple Ridge, B.C., made history in 2017 when its insect-based aquaculture feed ingredient became the first of its kind to be approved for the Canadian market. 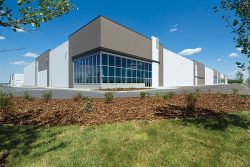 The $6-million grant will outfit the 17,500-square-metre production facility with specialized handling equipment and robotics, said Bruce Jowett, director of marketing at Enterra.

“We are at a place where we feel we will reach our full production of 4,000 tonnes by the second quarter of this year,” he said.

Jowett said Enterra is one of only two suppliers of fly larvae as ingredient for salmonid feed in North America, but it is the only one with a production facility in the region.

The company is planning a second manufacturing facility, in Columbus, Ohio, but the pandemic has put the commissioning of that facility on hold. “The building is there, we’re doing all the engineering but our technical people and our entomology experts could not travel down to the United States right now,” said Jowett.