Will consumers “fall in love” with edible insects? Perhaps in the long term, says RaboResearch. For now, the think-tank sees more potential for insect proteins as aquaculture feed than food. 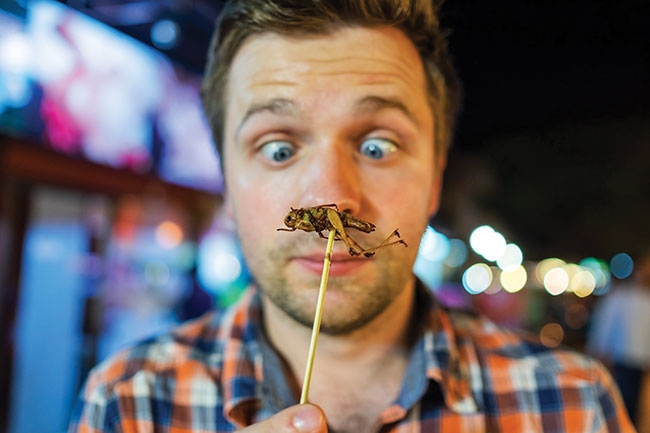 Edible insects tick all the boxes when it comes to nutrition and sustainability but they have more potential as aquafeed than food Will consumers “fall in love” with edible insects?

“Many insect technology companies are currently focused on the aquafeed market, where there is a clear need for a high-quality-protein alternative to fishmeal,” RaboResearch says.

But for insects to compete with fishmeal and other alternatives, producers need to “upscale,” meaning supply should be consistent and be able to meet demand, says the think-tank. Insect protein should also allow seafood producers to reduce production costs. Insect protein producers may however be able to justify high costs because of certain attributes of insects – their nutritional benefits and the fact that they decrease dependency on marine ingredients, it says. Its verdict: insects have higher potential as feed than food in the near term.

The European Union allowed insect proteins to be incorporated in aquafeed formula in July 2017. In Canada, Enterra of Langley, BC became the first to market and sell whole dried black soldier fly larvae as ingredient for salmonid feed in early 2017. It received a similar approval in the United States in 2016.