Features Business Management
Interest grows in RAS grow-out, but where are the big players? 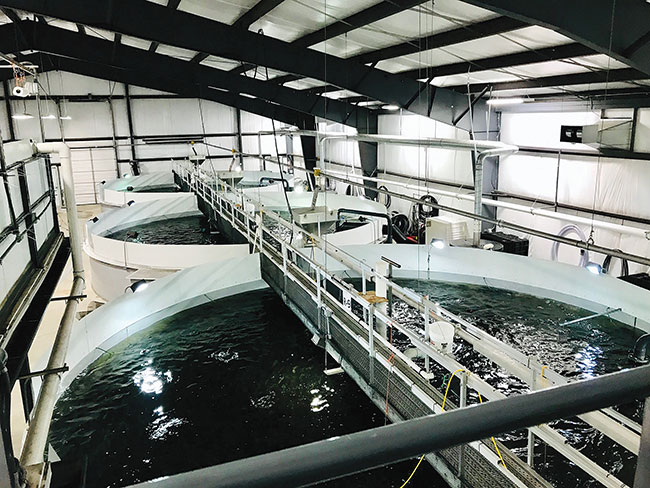 Why are the big players in aquaculture unenthusiastic about using RAS for growing Atlantic salmon to market size? A CEO of a New York-based investment fund has some interesting insights.

There are more than 80 land-based salmon projects underway in various stages worldwide so far, but the industry giants are visibly absent from the building boom.

“Good farmers are resistant to change,” says Francisco Gomes, CEO of Pontos Aqua. Outrageous? Perhaps. After all, wasn’t it the salmon farmers who developed modern recirculating aquaculture systems (RAS) technology? RAS has been around in a variety of primitive forms for a better part of the century and these farmers have been leading the way in improving the technology for many years.

So what is Gomes trying to say? Hear him out.
A marine biologist by training, Gomes brings more than 20 years of experience in managing aquaculture operations worldwide when looking for industry investments.

“I thought that I had something to offer to fill in that gap so I started Pontos (in 2014) with the vision of bridging capital, sophisticated financial capital, to invest in the industry,” he says.

“I found over the years that farmers that are intrinsically resistant to change — but very attentive to change — are the farmers that know when to react and in what intensity. Those had the best results.”

Industry leaders growing Atlantic salmon in net pens in the ocean certainly have RAS as part of their strategy. However, they would rather build on, rather than upend, this tried-and-tested production model. In the ocean-versus-land-farming debate, net pen farmers tout the higher efficiency to be gained in producing fish in the ocean, its smaller carbon footprint than any protein produced on land, and the lower cost of production.

Data-backed decisions
Gomes says these industry giants have valuable data and experience gained through the years to guide them in filtering through the noise that surrounds any disruption.

“They are the most experienced and they have the best data set to know what actually can be done. They also have the best idea of the returns on invested capital they can themselves obtain and they are the best judges of how risky it is or not for them to convert to new production methods. And they are very objective and rational about it.”

This way, they learn what’s necessary to tackle the changes that come from the technology. “So, for instance, you have to now be aware of the impact of maturation in growing fish, endure the impact of smoltification, all of that, the feeds themselves of course, the different genetic lines. And so slowly but surely by learning how to do bigger smolts every year, eventually they’ll know how to big, full-size fish indoors.”

RAS IS ATTRACTIVE, BUT…
He understands the attraction of RAS for growing Atlantic salmon to market size.

He says RAS is a very sensible thesis of using technology to completely control the environment of production, similar to what’s done in livestock.

“Farming is, by default, the attempt to engineer a flexible cost structure that can accommodate the different swings of commodities both on the inputs and on the outputs: the cost of feeds, the cost of the ingredients of the feeds, and the price of the product itself in the sales market,” he says.

However, RAS has high fixed costs, which take away most of the flexibility required. This rigid cost structure goes against the idea of what farming is, Gomes suggests.

“The business of managing the farm is the business of being stable and conservative, but at the same time bringing an engineering of capital on to how to flex that cost structure in order to remain competitive. This is not the approach that is involved in scaling up a RAS farm at a rigid cost structure. And so there’s a fundamental conflict with historical developments of farming right there,” he says.

Moreover, most of the investment poured into RAS – “uneducated money” he called it – is very unaware of the specific risks of execution of the technology, he observed.

“People have gone about de-risking (their operations) by making them very big. And this question of creating operating leverage to scale, of course, makes a lot of sense on paper but I think it’s in the translation of what’s on paper to reality that often uneducated or unexposed capital make some leaps in judgment and in calculation that are not grounded by reality or by track record.”

He says blue-sky prospectuses are presented frequently as: “Look we’re going to produce at this cost and the market prices at this. This is a great business, 40 percent EBITDA, etc.”

But, often, those simulations and those plans fall short of reality, he says.

“A team that is fully vested in the details and the complexity of their cost structure in reality, by experience, having the right levels of conservative assumptions, will likely not run out of cash. Teams that can see that in advance and are prepared for any eventuality – for instance missed crops or missed FCRs – are the ones that will survive.”

Reliability, stability and predictability in a farm operation are a must for survival, he continued. “But because of the novelty of RAS, because of the tinkering aspect of the technology, I think those often tend to be minimized.”

SUPPORTING THE BRAVE
Although results have been slow in coming for the emerging crop of RAS operators (trailblazer Atlantic Sapphire reported two mishaps this year in Denmark and Miami), bold entrepreneurs like them need industry support, says Gomes.

It should also be remembered that any innovation – whether or not they displaced the previous ones – would always be the result of the combination of entrepreneurs taking the first initiative and industry players hedging their bets, he added.

“It’s a shame when that happens,” says Gomes, referring to the emergency harvest of 200,000 fish at Atlantic Sapphire’s Miami RAS farm in July. “I think that we should show solidarity with them and with what they’re doing. It’s not good for anyone in the industry when such a large investment has to face these kinds of challenges.

“The size of the bets of Atlantic Sapphire is so large that regardless of what’s going to happen it’s a very polarizing scene. It’s our own little Tesla, if you will.”

Nonetheless, a lot is riding on Atlantic Sapphire’s fate. If the company is successful, it will be a great boost for RAS. It could open up greater access to capital too. However, if it fails, it could sour investors thereby limiting access to capital for others wanting to develop more modest RAS facilities. 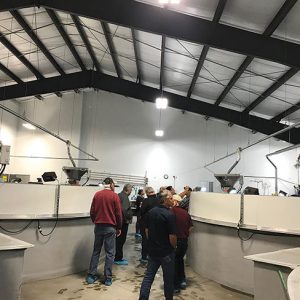 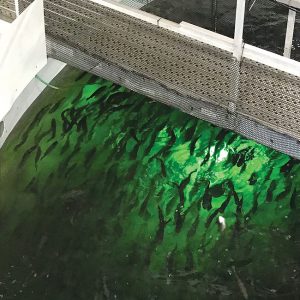 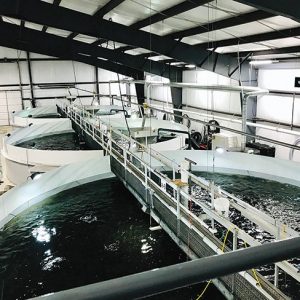 Outlook
Still, Gomes is enthusiastic about the future of RAS.

Pontos Aqua, which is touted as a unique financing and de-risking ecosystem for the global aquaculture industry, is an investor in Terra Blue Farms, recently launched in the US.

Max Holtzman, Principal at Pontos Aqua Advisory, said the venture is “a species-agnostic, distributed scale RAS model, where multiple, small-scale RAS farms benefit from being aggregated on one platform – the Terra Blue Hub.”

“We believe Terra Blue is going to be very successful or else we wouldn’t have invested in it,” says Gomes. “And we believe that there is space for more than one model.”

There are also different schools of thought in relation to what is necessary to create substantial returns on invested capital out of RAS, he added.

“The differences between the different approaches has to do with how different people are looking at the risk of scale and (whether they see) scale as a de-risking element or as a source of risk; how different people are looking at the engineering of the systems; the technological solution itself and the management of the systems; and what kind of structure of capital can be applied. The devil is of course in the details.”

“But there are not that many successful cases,” he acknowledged. “It has more to do with the application of the technology and sometimes the species itself.”

He says it won’t be the last the industry will hear of technical glitches. “We will have incidents and we’ll have losses but it will only get better in time. I think that we should all realize that we’re at the beginnings of the development of RAS. And there’s still a lot of room for improvement and for learning. Having said that, I think that we should all realize that it’s like that for any species in any cultivation method. That’s the beginning of everything and so we should be the motivated by that.”

Gomes foresees a great growth of investment in salmon and shrimp RAS facilities of 10,000 to 20,000 tons and above. Buoyed, he says, by the farm-to-fork trend, he anticipates an “explosion of localities” where smaller volumes of production of other species will come from facilities closer to market.

And when this happens, the industry will also see the maturation of the supply chain for RAS – from feed, genetics, health ingredients and therapeutics.

But to the real question of when people will make serious money out of RAS, “that is more tricky,” he admits. “That’s a prediction that each one of us have to keep to ourselves.”