Investing with a conscience trending up 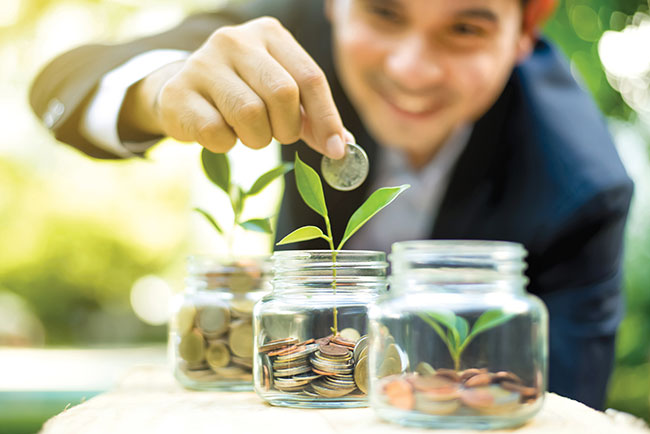 Concerns about the environmental and social impact of their portfolios is more pronounced than ever among those considering investing in aquaculture not only because more consumers are demanding it but also because society’s values have changed due to the pandemic.

“There is a much closer link between sustainability and the finance world,” observed Catarina Martins, chief sustainability officer at Mowi. “(Our) meetings with environmental, social, and governance (ESG) investors have become much more frequent … and there is really an increase in granularity on the discussions and on the interest from an investor’s perspective.

“There’s a feeling that sustainability work is really becoming much more closely linked to the financial world, which I think it’s really important and great to see.”

“Given the increasing focus on environmental, social and governance metrics in both the public and private sectors, the development of debt-for-nature deals and blue finance could set a precedent for emerging markets looking to raise funds,” said the group.

Martins said aquaculture should leverage the attention given to the blue economy at the UN Climate Change Conference (COP26) held in Glasgow in November.

“What we have seen in COP26 in particular was very interesting because it was the first time that we have actually had the ocean economy on the stage, discussing the role of seafood in fighting climate change. That was in itself, I think, a great achievement for all of the seafood industry.”

The second sustainability related trend that Martins is seeing is the more prominent attention given to greenhouse gas emissions. It is an area where aquaculture could still improve but also something where the industry is already ahead of the curve compared to other protein producers, she said.

“Greenhouse gas emissions is a challenge but it’s also a great opportunity for our industry. Seafood clearly has a lower carbon footprint as compared to land-animal proteins. So it’s a fantastic communication that we should really leverage.”

Thirdly, there is now more focus on human rights in the seafood value chain as part of the ESG  discussions, she said.

“The social element, the human rights in our value chain, is also increasing in importance also from a regulatory perspective in the EU and in different countries. I think that we will see increasing in scope and in granularity, in due diligence processes, mitigation processes, etc.”

She said the challenge now is to make sure the message is simplified and “gets to the to the right audience.”

One would think finding content would be the hardest challenge, she said, but she believes the actual challenge is in communicating them.

“There’s actually really enough material to be proud of that we could communicate to consumers, for instance the Coller-FAIRR Protein Producer Index where aquaculture has outperformed other animal protein producers on ESG factors for years, as well as The High Level Panel for a Sustainable Ocean Economy which positions aquaculture as one of the sustainable economies from the ocean.

“But I believe the industry has to learn to communicate in a much more proactively, in a much simpler way and much more emotional way, especially for the young generations using social media and other type of tools that maybe the older degeneration is not so used to.”

Martins shared her insights into sustainability trends at the IntraFish Seafood Sustainability Forum in December 2021.