Findings of infectious salmon anemia (ISAv) virus in samples from Cooke Aquaculture’s site in Newfoundland has forced the early harvest of thousands of salmon in that site. 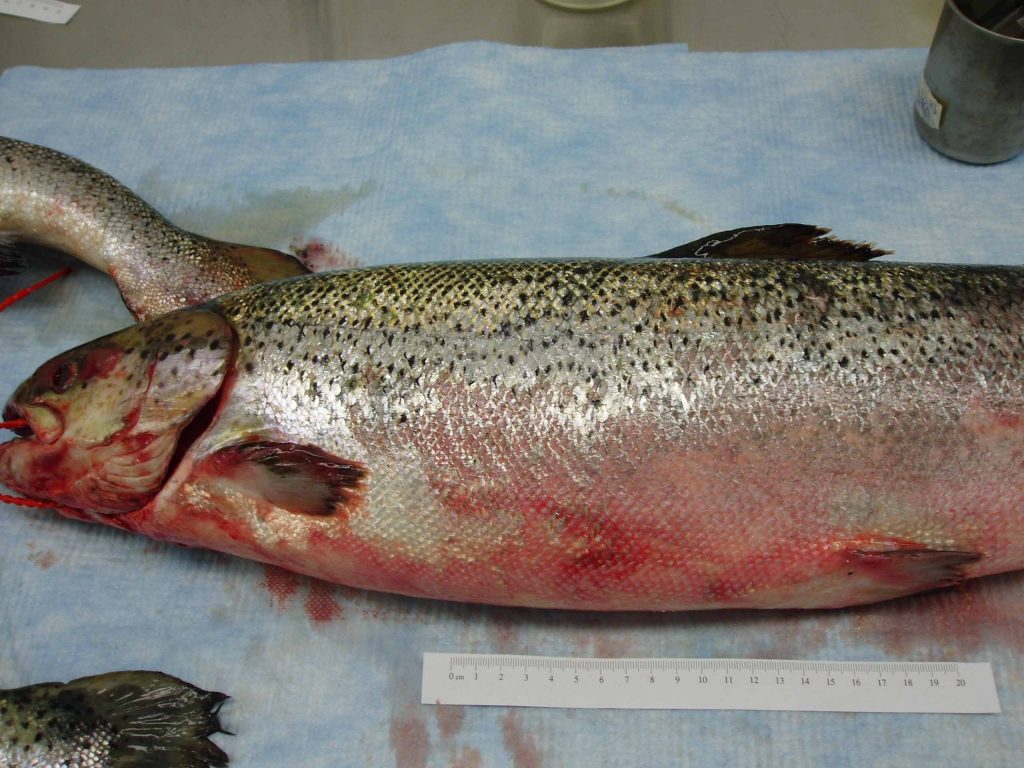 The abdomen of an Atlantic Salmon shows skin haemorrhages typical of a fish infected by Infectious Salmon Anemia virus (ISAv). There is no evidence that the virus can be transmitted to humans

Fisheries Minister Gerry Byrne has confirmed five of 35 fish tested in one of six open-pen cages near the community of Gaultois, and operated by Cooke Aquaculture, had the infection, reported CBC News.

The company has decided to harvest all the fish at the site, beginning with the 50,000 in the cage where ISAv was found. No ISAv has been identified in the remaining cages, Byrne was quoted as saying.

It is the first time since 2013 that the infection known as ISAv has been discovered in the province’s aquaculture industry, he said.

According to the Canadian Food Inspection Agency (CFIA), ISAv outbreaks are most common in susceptible farmed finfish reared in sea water. Depending on the virus strain, the disease can potentially kill up to 90 percent of an infected Atlantic Salmon population, representing significant economic losses for aquaculture operations.