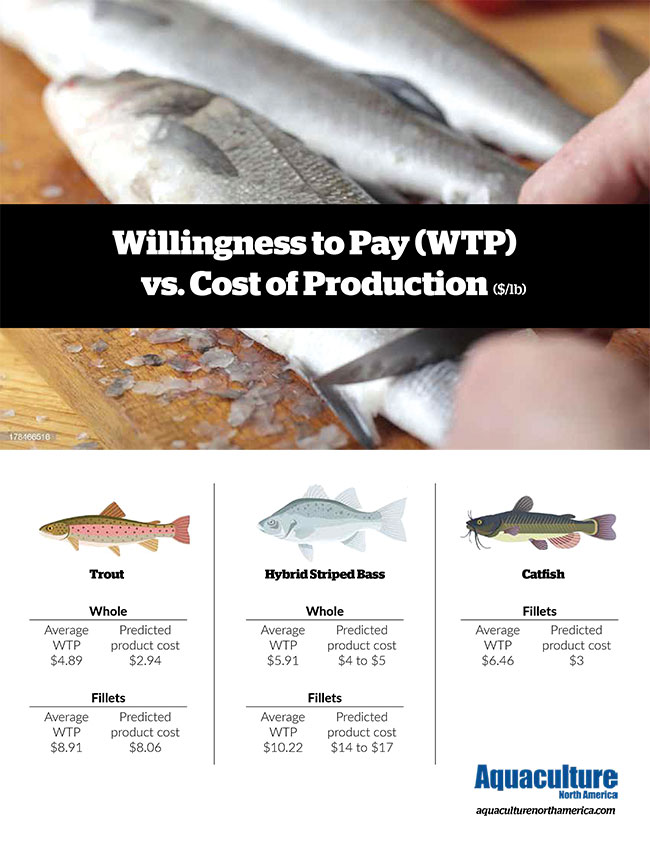 This niche market may be just the opportunity that small fish farmers need. Like their counterparts all over the country, fish farmers in the two states face intense competition from cheaper, imported fish.

“Restaurants are increasingly featuring locally grown food. While locally grown vegetables and meat seem to be popular, locally grown fish could be another product option,” wrote Siddharta Dasgupta and Richard Bryant of Kentucky State University, who co-authored the study, Marketing locally-grown fish to restaurants: Results from Kentucky and Ohio.

Trout, hybrid striped bass and catfish were the restaurants’ top choices. While some would buy whole fish, which requires minimal handling, many prefer fresh fillets. After considering the cost of filleting, production and transportation, the authors said catfish fillets and whole trout would be profitable for restaurant sales. They recommended these species to fish farmers for sales to restaurants.

The study provided a guide on how much restaurants would be willing to pay and the predicted product cost for the three species (see infographic). The latter was derived from fish production and processing cost.

Trout production, which relies on large supplies of cold, clean water, would be more suitable for farmers in the eastern regions of the two states.

Farmers who want to sell fresh fillets to restaurants must have access to hazard analysis at certified fish processing facilities, said the study.