Kill them with kindness 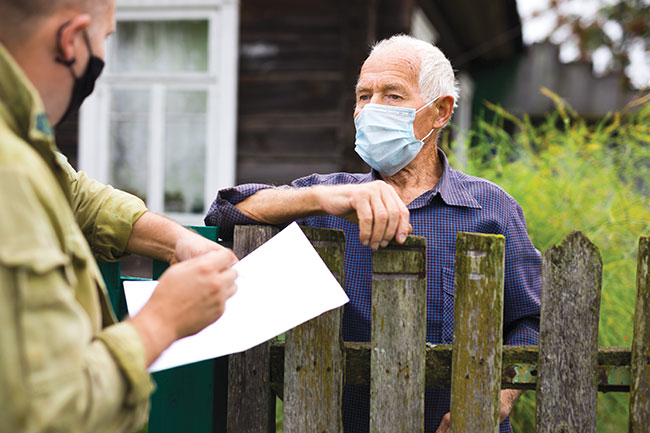 Industries have been battling extreme anti-industry activism since the beginning of the industrial revolution, so perhaps now is the time to pivot industries’ approach to responding to those that diametrically despise what they do sustainably and responsibly.

Reflecting on my tenure at the industry association in my home province of Newfoundland and Labrador, Canada, it was through kindness and telling the story of a community that won hearts and minds, not science.

Not too long ago, there were two brothers, both of whom were publicly adamantly opposed to salmon farming. Upon reaching out to both individuals, we learned that one felt displaced from his traditional boat launch area. The other was discouraged by the tremendous volume of marine debris along the coastlines where his family’s cabin was located. In both instances, Cooke Aquaculture, under the regional leadership of Mr Sheldon George, responded to the residents’ concerns, improved the launch area for easier access for all users and in the other case, committed numerous staff, vessels and barges to removing more than 40 tonnes of marine debris and plastic refuse from eight shorelines in the area. As a side note, all involved noted that only a tiny portion of marine litter could be attributed to the aquaculture industry.

In most instances, as in the case of the two disgruntled brothers, recipients of acts of kindness and community outreach are incredibly appreciative and grateful.  Those unsolicited acts of service in the community are critical to earning respect and social license to operate.

The aquaculture industry has done a great job of earning the trust and winning the hearts and minds of the majority of those who live in our areas of operations in rural communities. In Atlantic Canada, support for the industry ranges between 70-80 percent.

Growing to this level of support regionally has cost millions of dollars in educational initiatives such as awareness campaigns and advocacy, both necessary tools. In some instances, the less expensive random act of kindness that the industry offered to residents was more effective.

So, if public support in the areas where salmon farming occurs is so high, why is the industry such a challenge for politicians? Two words: Population Density.

Canada’s coastline is the world’s longest, measuring more than 240,000 km. Canada is also the second-largest country on the earth in the total land area.  Urbanization increases annually, with more than 80 percent of 38 million Canadians now living in major cities (Statistics Canada).

The Greater Toronto Area (GTA) has roughly 7 million residents, more than double the entire population where salmon is farmed. The entirety of Atlantic Canada, including four provinces, Newfoundland and Labrador, Nova Scotia, Prince Edward Island and New Brunswick, has a population of 2.4 million. Vancouver Island falls just short of 850,000 citizens.

The unfair advantage of having a concentrated population in a city such as the Greater Toronto Area is also having 19 more seats in the House of Commons than the entirety of Atlantic Canada and Vancouver Island combined.

Sadly, then, as a result of low population density and corresponding sparse representation in the political arena, when it sometimes comes to adopting policies, regulations and legislation regarding aquaculture, the seafood farmers, their families and the remote coastal communities that they sustain and call home are overlooked.

There is no doubt that the salmon farming industry has a considerable challenge ahead politically due to robust lobby efforts and anti-industry activism. Just this week, I watched Netflix’s star-studded disaster satire Don’t Look Up, in which in one scene in a grocery store, Hollywood star Leonardo DiCaprio holds wild and farmed salmon and refers to the latter as looking fake. At first, I was taken back but then assumed it was part of the satirical humour of how ridiculous the whole debate of wild vs farmed is in society as Leonardo DiCaprio is a supporter of salmon farming.

In a 2018 Facebook post, DiCaprio wrote: “The end of the year is a time to reflect on the role we can play in protecting the planet. From reducing our carbon footprint to taking pressure off the ocean, there are quick ways to make a difference. Eating fish is better for the environment than other meat protein, reducing our carbon footprint and the pollution from industrial agriculture. Sustainable fish farms also take pressure off endangered ocean species so they can regenerate.”

I am also assuming comparing two different fish species was part of the comedic sketch. Whatever the intention, the debate regarding farmed salmon appears in modern-day mainstream media and is accessible to almost every home with Internet access around the world.

To shift the narrative, the industry must more impactfully engage and educate our vast country’s densely populated urban areas, those most far removed from any salmon farm. The story of their food journey from Hermitage Bay, Newfoundland, to a table in downtown Toronto must be told and understood by urban consumers. The industry needs to tell better the story of farming our oceans with care to urban Canada and their elected officials so that when they pick up salmon in the grocery store in the city, they understand why two fish may look different or where and how one was raised by a farmer who loves their job. Where that job fed and raised a family. Where a family of farmers carefully grew food for a community of people thousands of km away with no connectivity or lived experience in relation to the sea or what it truly means to the people who do.

I know there are many possible solutions, and I am not sure any will work 100 percent. I am sure that to be most effective in sharing the story of fish farmers and the food they care for from egg-to-plate is to do so through heartfelt storytelling and kindness.

I say kindness because, at an absolute minimum, exhibiting kindness fosters a positive relationship, even with the opposing force. I’ve seen this at the individual level in the scenario of the two brothers that I now consider to be my friends.

Mark Lane was the executive director of the Newfoundland Aquaculture Industry Association for seven years until December 2021. During his tenure, polls showed Newfoundlanders’ and Labradorians’ support of seafood farming increased while opposition diminished. Mark remains a part of the industry as consultant while running a number of his own family’s small businesses.