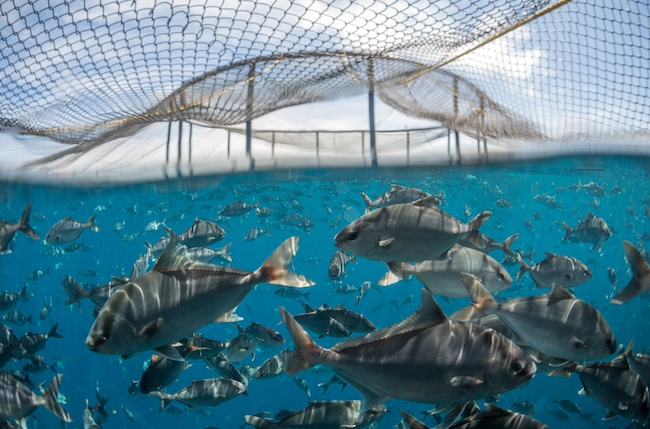 After undergoing the rigorous auditing process against the ASC standards, King Kampachi is now the world’s first ASC-certified Kampachi (Seriola rivoliana), the company said. Currently, the product is available in the U.S., Canada and Mexico, but will soon expand to Europe and Japan. ASC certification recognizes aquaculture producers as environmentally and socially responsible.

“From King Kampachi’s conception, the goal of meeting and exceeding ASC standards has been baked into our company’s core mission,” Sims said. “We want our customers and consumers to recognize that offshore aquaculture – done responsibly – can meet even the most exacting environmental and social standards.”

Stressing that as an offshore aquaculture company, The Kampachi Company strives to be “conscious” of its use of common property resource. Sim said the company works respectfully as an integral part of the community.

“ASC standards provide third-party validation, against which we can measure our success in adhering to these values.”.

Acknowledging the certification as a first for the ASC program, ASC U.S. commercial manager Kathleen Mullen-Ley said she is looking forward to seeing the ASC-certified King Kampachi available in the market soon.

“ASC certification requires that farms meet robust environmental and social standards. When new products and species are certified it expands the choices available for consumers looking for responsibly produced products, which is why this is such good news for seafood lovers,” said Mullen-Ley.

Jorge Schmidt, The Kampachi Company CEO, welcomes the opportunity for market distinction inherent in ASC certification in this species, and for marine finfish in Mexico.

“Two years ago, our company didn’t exist. In record time, we assembled a driven and talented team that developed and carried out, with speed and precision, the world-class processes that made it possible to achieve ASC certification simultaneously with the start of our commercial level production. We will continue to apply this method to become the largest hatchery-based Kampachi producer in the world by this time next year,” said Schmidt.