Landmark rule to boost offshore fish farming in the US 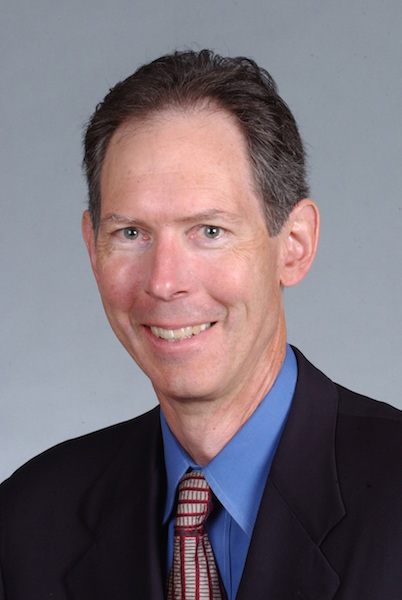 After a decade-long effort to establish open-ocean mariculture in federal waters in the Gulf of Mexico, the US government has established a regulatory framework for farming fish 200 miles out to sea, a first in US aquaculture history.

The ruling by the National Oceanic and Atmospheric Administration (NOAA), made in January, marks the beginning of what may very well be the beginning of real, sustainable mariculture in US federal waters. The future permitted fish farms could boost Gulf Coast state economies, working waterfronts, and end of supply chain jobs as well as the restaurant business as more locally grown seafood make it to stores and tables.

Aquaculture North America. “We’re ready! What we’ve done with ‘tools for rules’ I think as far as the regulatory framework, we’ve tried to incorporate all the lessons learned from ocean fish farming around the world and here in the states, like Maine, and states in the North West, where salmon farming has been done offshore in pens for many years.”

The historic rule creates a coordinated permitting system for the Gulf of Mexico, opening the door for the region to expand seafood production and create new jobs in an environmentally sustainable manner, the agency explained in the press release announcing the ruling.

The agency doesn’t anticipate receiving applications immediately, as potential applicants will need to conduct surveys of the proposed area and secure financing.

When NOAA’s National Marine Fisheries Service does receive a completed application package, it will publish a notice in the Federal Register and take public comment for up to 45 days.

“Let’s celebrate this important milestone,” said Neil Anthony Sims, President of the Ocean Stewards Institute and Co-CEO of Kampachi Farms, “but recognize that there is a lot of work that still needs to be done to build a responsible aquaculture industry in the offshore waters of the Gulf, to bring back America’s working waterfronts, to create the seafood jobs that we need, and to make the US seafood self-sufficient.”

The Final Rule provides the regulatory framework required to implement the Plan, allowing for an open-ocean aquaculture permit process — the first in federal waters — that NOAA is setting up now, explained Simms. The Rule allows for a maximum annual production of 29,000 tons and imposes a 10-year cap on permits.

The Ocean Stewards Institute has expressed concerns that the short permit duration may be a disincentive to investment, and runs counter to long-term stewardship of the oceans.

That said, while the permit renewal process is not yet defined, the Stewards are optimistic that the Rule is a positive starting place, stated Simms in a press release responding to the NOAA decision.

“While we hope that the Rule will be improved over time, it sets the stage for development of this critical industry,” commented Sims. “We hope to bring to open ocean aquaculture the same spirit of ‘continuous improvement’ that’s used to good effect in organic agriculture: improving the processes on the farms, and refining the governing regulations to make them more efficient, and more effective.”

The nuts and bolts

This final rule requires persons who want to conduct select aquaculture activities in the Gulf exclusive economic zone (EEZ) to apply for and obtain a Gulf aquaculture permit.

The US EEZ extends to no more than 200 nautical miles from the territorial sea baseline and is adjacent to the 12 nautical mile territorial sea of the US, including the Commonwealth of Puerto Rico, Guam, American Samoa, the US Virgin Islands, the Commonwealth of the Northern Mariana Islands, and any other territory or possession over which the United States exercises sovereignty.

Permit eligibility is limited to US citizens and permanent resident aliens. Gulf aquaculture permits are transferable as long as the geographic location of the aquaculture facility site remains unchanged and all applicable permit requirements are satisfied and up-to-date at the time of transfer.

The Gulf aquaculture permit is effective for 10 years and must be renewed in five-year increments thereafter to remain valid. The initial permit application fee is $10,000, and a $1,000 fee is assessed annually, to cover the administrative costs of issuing permits and reviewing permit activities that are reported annually. The renewal application fee is $5,000.

An aquaculture facility is defined broadly as an installation of a structure, including any aquaculture system(s) (including moorings), hatcheries, equipment, and associated infrastructure used to hold, propagate, and rear allowable aquaculture species in the Gulf EEZ under the authority of a Gulf aquaculture permit.

For those parts of the aquaculture facility that are deployed in the water, the permit holder may choose to comply with the requirement to display the Gulf aquaculture permit by marking the gear with the permit.

Rubino said an important part of building the new permitting process was to streamline the process for the applicant.

“The other thing was to work in a coordinated permitting process with the various agencies involved including the Environmental Protection Agency (EPA), NOAA, and the Corp of Engineers,” Rubino explained.

Rubino said he expects permitted projects to start slow over the first five years or so, but is confident the follow-on generation of fish farming businesses will show the real economic and social impacts throughout the Gulf state region in jobs, production tonnage and contribution to lower seafood imports across the country.

For starters, species most likely to be farmed first in the Gulf are the red drum, cobia, and amberjack.

“In the long term we will see benefits to the region’s working waterfronts, restaurants and seafood processing industry as well,” he said.

The new rule became effective February 12th. And After this date, information on how to apply was provided on the following website: http://sero.nmfs.noaa.gov/sustainable_fisheries/gulf_fisheries/aquaculture/