Lessons from Norway: How innovation gave an industry a new lease on life

Rebirth of cod aquaculture predicted as healthy, domesticated juveniles make their way into the sea 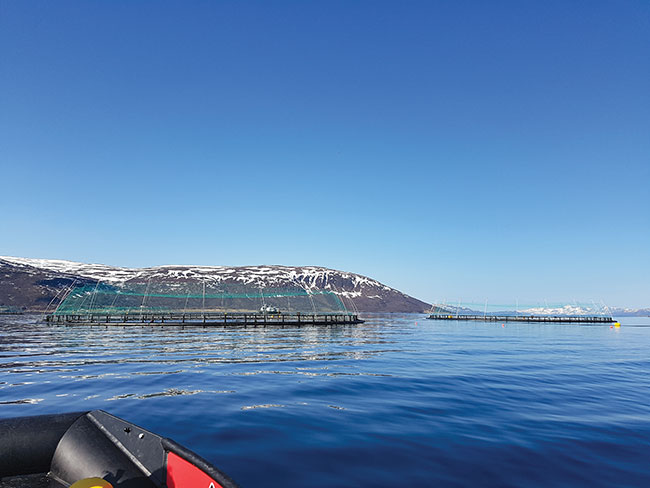 In January this year, Norwegian aquaculture venture Norcod announced its entry into the sea phase of its pioneering cod farming project—a milestone marking Norway’s re-entry into the very industry it created.

The Norcod juveniles ventured into the sea in a healthy, favorable weight, with the first load of 123,000 fry having an average weight of 140 grams and the second load of 75,000 fry averaging 215 grams. Norcod reported the fish immediately began to shoal in the surface water of the pens and were soon feeding happily.

“This is a very important day for us and for the industry,” says Rune Eriksen, CEO of Norcod. “Now that we’re into the farming phase in the sea, this is no longer just a project.”

Eriksen expects the first harvest in June 2021, but this may be brought forward if the fish display the same exceptional growth rate as in the hatchery phase. The target weight for the harvested cod is 4 to 4.5 kilograms.

The announcement is welcome news for Norway but also to Norwegian scientist Atle Mortensen who, for nearly two decades, led the government-funded Cod Breeding Program of the Norwegian Institute of Food, Fisheries and Aquaculture Research (NOFIMA).

Mortensen knew things were looking up for cod aquaculture the day he saw juveniles swimming in circles around their laboratory enclosures instead of finding a way to escape. High escape rate, he says, was one the major deterrents to the growth of Norway’s cod farming industry.

“Cod farmers used to suffer from high loses in the sea since early generations of farmed cod were wild, they would bite off the enclosure nets and escape,” says Mortensen. He noted that the new generations of domesticated farmed cod appears tame and are “behaving liked farmed salmon.”

Mortensen says such behavior was not induced; rather it is a byproduct of selective breeding, which involves taking from each generation of cod 200 families with ideal weight and no deformities so they’re less susceptible to diseases. The program sought to overcome the challenges in juvenile production with improved protocols in the selection of broodfish feed, stripping procedures, control of egg batches and husbandry practices including the production of live and formulated feed.

Amid a robust global outlook for farmed fish, Norcod CEO Rune Eriksen plans to scale up cod farming to an industrial scale

Cod farming is back and the possibility to achieve a profitable cod farming industry has never been greater than today, says Atle Mortensen, who led NOFIMA’s cod breeding program for nearly two decades

Industry’s rise and fall
Norway is a leading producer of cod and cod products, exporting $1.10 billion cod products in 2018 up from $1.04 billion in 2017. Its foray into the cod business started as early as the 1200s when the Vikings, loading their boats with freeze-dried cod to survive long winters in the sea, introduced the delicacy to neighboring European countries.

Before the year 2000, Norway financed many large-scale cod farming studies to address the growing demand for wild cod. Low quotas for wild cod and correspondingly high prices triggered interest in cod farming. Norway set up the National Breeding Program in 2003 to support the industry that saw roughly 60-percent growth in production annually from 2002 to 2008. Despite its growth, however, the industry suffered from serious teething problems.

NOFIMA produces everything from eggs to market-size fish but its initial challenge revolved around the production of larvae. When that issue was resolved, the research agency had to get over another hurdle: getting the fish to survive and produce juveniles that are of suitable quality for farming. “Juveniles have been the bottleneck. In some cases, 50 percent died before they reached market weight. Plus we have the issues with escapees which further brought down the volume of production,” Mortensen says.

To make matters worse, cod diseases including fibrosis, atypical furunculosis and francisellosis impacted farms in Southern Norway, diseases that were hard to control because vaccines and antibiotics addressing them were not yet invented.

The relaxed quota for wild cod catch and low farmed-cod production made it hard for the nation’s 20 cod farmers to survive. The financial crisis of 2008 hit the industry severely that in its aftermath, all 20 farms had to shutdown. By 2014, Norway’s cod industry is dead.

Breeding program to the rescue
The National Cod Breeding Program, however, soldiered on. Possibilities in selective breeding were explored in collaboration with partners within Norway and globally. The efforts paid off and NOFIMA managed to improve the outcome of juvenile production. It yielded cod with high survival rate, satisfactory growth rate and with fewer deformities. Additionally, farmed cod’s growth rate increased by 30 percent, growth rate that remained stable in the newer generations. Domestication also produced cod that are not prone to escape.

Mortensen, who has recently retired from NOFIMA, is optimistic about the future of cod farming. “Cod farming is back and the possibility to achieve a profitable cod farming industry has never been greater than today,” he says.

Today, only three companies make up the Norwegian cod farming industry but they see bright future for the industry. Norcod’s Eriksen, for one, is looking forward to put its next batch of 1.5 million fry into another one of the company’s farms soon.

There is still a long voyage ahead but with improved cod biology and economics, Norway’s cod producers, just like the new breed of juveniles, hope to be swimming happily again.