Main challenge is to build local competence and capacity in processing 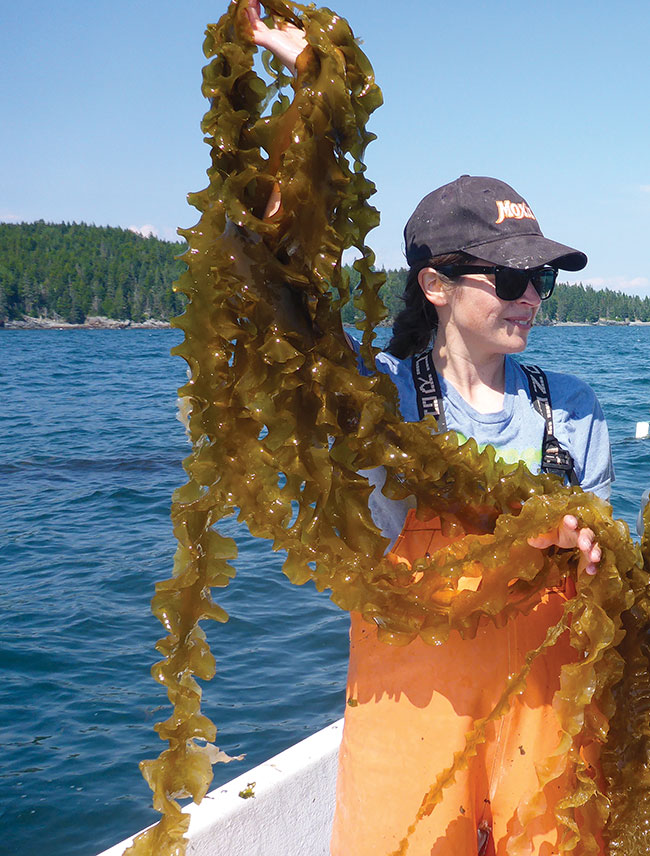 A newly launched week-long festival in Maine that’s dedicated to seaweed underscores the growing role of this plant-like marine organism in the state’s economy.

The farmed seaweed sector is expected to see a “hockey-stick trend” for the next couple of years (2020-2021), a growth that will moderate to between 7 per cent to 12 per cent year-over-year growth thereafter, said the Rockport-based nonprofit, The Island Institute.

Held in the summer of 2020, Seaweed Week aims to put seaweed in the consumers’ minds and on their plates. The event saw kelp as an ingredient in food and drinks offered at participating restaurants and bars. It also saw collaboration between local seaweed farmers and oyster growers, where the latter bundled seaweed samples with the oysters they sold to customers.

Maine is America’s hub for seaweed farming. Data from The Island Institute shows that 60 percent of total farmed edible seaweed in the US comes from Maine. In 2019, farmed seaweed activities (harvesting and value-added) contributed $13.4 million to Maine’s economy.

Sarah Redmond, founder of Springtime Seaweed in Gouldsboro, has been growing seaweed over the past 10 years. “There’s a lot of promise of seaweed. People are attracted to the idea that you can work on the water and produce a healthy sustainable crop that promotes health of the ocean and a healthier relationship with the ocean,” she says.

The state has 30 seaweed farmers, and that number is growing. Lobstermen in Maine sees it as a source of supplemental income. Seaweed farming’s seasonality aligns with the fisheries’ shoulder seasons, “as seaweed seeds are typically planted in October/November and harvested in April/May when the primary fisheries are less active,” said the nonprofit.

“It’s a ray of hope for a lot of people when we think about the ocean,” adds Redmond. “We are seeing decreasing accessibility and opportunities in our wild fisheries, increasing problems with climate change and water quality and our impacts on the environment. Seaweed farming represents a way that we can actually work together with the ocean to produce tremendous crops that can be utilized in almost any arena of life. So there’s just a lot of opportunity and promise in that.”

She co-founded with Trey Angera a non-profit called the Maine Seaweed Exchange to help introduce potential farmers to seaweed farming. “We are scaling through creating a network of farmers and processors. We really envision this being an opportunity for people to become involved in the seaweed industry, and to support locally owned small organically certified farms and processors that would produce a high-standard product that we can then work together to sell to larger markets,” she said.

The challenge today is to build local competence and capacity in processing, developing value-added end products, building distribution networks, and creating customer demand. “There is adequate lease space and seed supply available in Maine to support significant growth in the farmed edible seaweed sector,” assuming these challenges are addressed, said the non-profit.

Redmond attests to these challenges. She said she produces only a fraction of her farm’s 50,000-lb capacity because of limited processing capacity. “It is still a newly emerging industry and the infrastructure doesn’t really quite exist yet. But we’re building a capacity every year.”