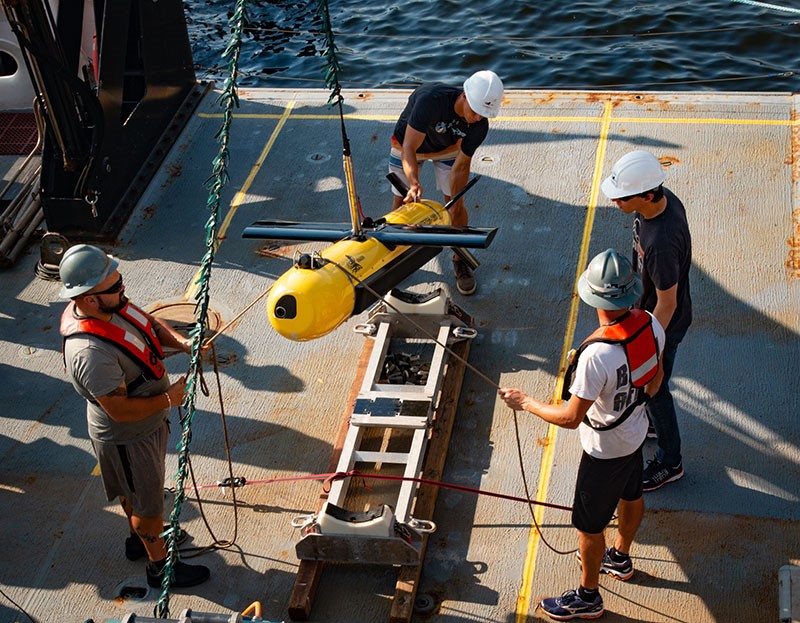 A marine tech company based in Newfoundland is creating an ultra-high definition map of Atlantic Canada’s seafloor using sensor-laden drones.

Kraken Robotic Systems Inc. officially launched its $20-million OceanVision project on Sept. 9. Over the course of three years, the company will deploy a fleet of sensors and unmanned underwater platforms into the Grand Banks and Atlantic Canada area to conduct ultra-high definition seabed imaging and mapping.

“Today, high fidelity data is an absolute requirement for coherent input to machine learning algorithms – otherwise it’s garbage in, garbage out,” Karl Kenny, Kraken president and CEO, said in a statement. “Rapid subsea data acquisition and analytics will make it possible to significantly reduce the cost of obtaining high quality data allowing end-users to make more informed operational decisions in near real-time.”
Kenny added that the company is “uniquely positioned” to run missions and analyze data for its customers, according to high quality data collected from the project.