Maryland’s oyster industry has rebounded, with industry players reporting robust oyster production and increased employment in the sector that has seen hard times. 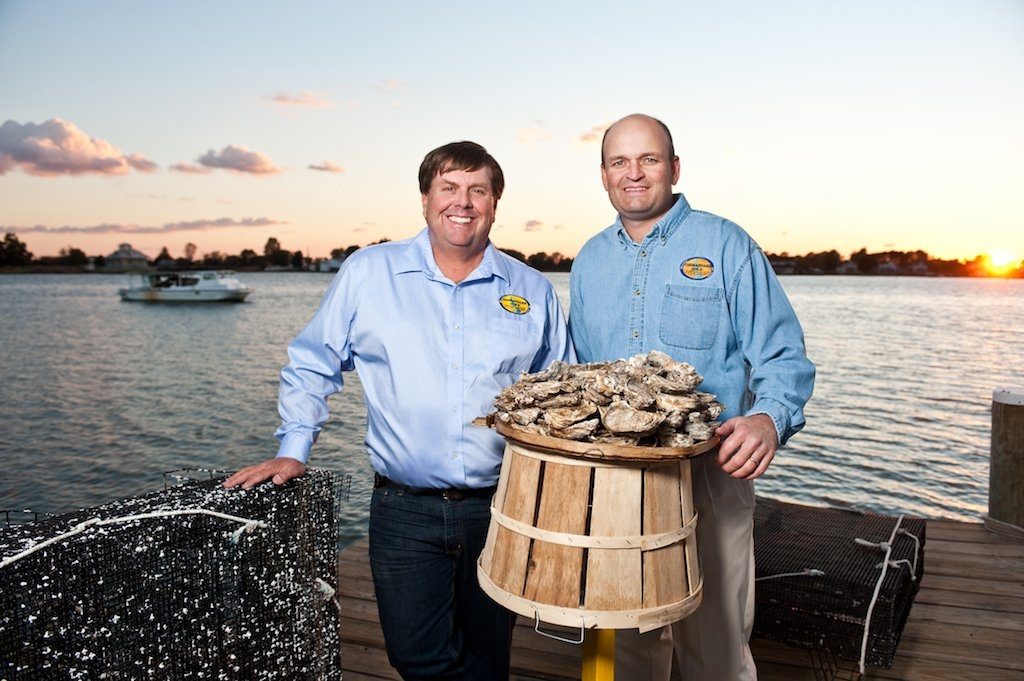 Sources attribute the growth to the state’s restructured leasing laws implemented in 2010. Prior to that, shellfish aquaculture production and leasing was stagnant; over 600 leases were in existence but the majority of them were not being used.

leaseholders to use their leases or return them to the state so this acreage could be made available for leasing to new shellfish aquaculture businesses. In response to this requirement, many inactive leases have reverted back to the state and this acreage is now either in production or available for lease,” said Karl Roscher, Acting Manager and Aquaculture Coordinator for the Maryland Department of Natural Resources.

Today, Maryland has 436 active lease sites covering more than 9,000 total acres. The state has also has attracted some of its traditional watermen to take up oyster aquaculture. “These fishermen faced cutback after cutback to quotas of what they can land, and the collapse of various fisheries,” said Bob Rheault, executive director of the East Coast Shellfish Growers Association. He noted that 535 permit holders have created over 1,500 jobs. “It’s a wonderful story for a sector of rural America that has seen hard times.”

Johnny Shockley is a third-generation Maryland waterman. In the early 90s, he began to see some major problems starting to surface in the seafood industry in the Chesapeake Bay and recognized the possibilities of a new, sustainable oyster industry that could help the entire seafood industry in the bay and the bay’s ecology. The result was Hooper’s Island Oyster Company. Shockley says the industry’s growth has been palpable since the state government got behind it.

“We’re consistently holding application numbers of 100 plus and have been for the last several years,” says Shockley. “A couple of million dollars in funding has been used and part of that has been paid back under some new funding programs from Marbidco (the Maryland Agricultural & Resource-Based Industry Development Corporation) that came in around the same time. Since that came along, we’ve grown very quickly compared to prior years.”

Honga Oyster Company was incorporated in 2011 and put their first live oysters in the water in the spring of 2012. The company was formed by two former watermen, Don Simmons and David Tippett, and former computer program manager, Bill Cox. Cox says that many in the local community were questioning their sanity when they started their venture, but they started to understand once the product started to be pulled out of the water.

“It took a while for the community to buy in,” says Cox. “But the ones who were calling us crazy, they started going, ‘looks like you guys figured out what you’re doing! You’ve got something going here!’”

However, as some of the local producers told Aquaculture North America (ANA), any industry expanding at this rate will have some growing pains.

Kevin McClarren saw the growth of the industry from its infancy. As general manager of the Choptank Oyster Company, McClarren began working in aquaculture in Maryland a full decade before the state turned it around. While McClarren is happy to see the industry grow, he has reservations about hailing the industry as the region’s “savior.”

“It’s not the silver bullet that some people are trying to portray it as,” says McClarren. “The state wants to say, ‘this is a great thing, this is creating jobs!’ But, these are very small, little farms and you’re not employing that many people. I don’t know that it really has that big of an impact here on the shore. And I don’t know that it will.”

McClarren has concerns about the local markets becoming saturated given the industry’s rapid expansion. As he sees it, distributors now have an overabundance of boutique-style oysters to choose from the local market, which could touch off a price war amongst the producers. “There’s not enough space in the local market to handle all the boutique oysters,” says McClarren.

Roscher, the Department of Natural Resources executive, however, says that they haven’t seen any evidence of that. “It’s been the opposite,” he says. “The markets in our state have been strong. Prices have been steady. The volumes that the markets are interested in buying have been steady as well.”

Roscher adds that while oyster aquaculture is still quite small, it is increasing its share in the state’s total aquaculture production. “It’s changing the way that Maryland oysters are viewed in the market,” he said.

An issue of marketing

One of the crucial issues small farms face is marketing – how to position one’s company and access markets. Brian Russell is part of the four-man team behind Shore Thing Shellfish. He says marketing has been one of the key issues they have struggled with.

“Somebody who’s energetic and has the time, I think they could sell themselves much better than we can,” says Russell. “Marketing is almost one person’s full-time job. It could be.”

Rheault, the East Coast Shellfish Growers Association official, can sympathize with such notions. Speaking as an oyster farmer himself, he says that he sought other markets because local price wars were “a race to the bottom.”

He believes, however, that ultimately, the market will work itself out. But he says it’s up to the producers to figure out what they need to do to appeal to different markets, in particular higher paying markets such as oyster bars in New York.

One of the key things producers can do is to tailor their products to their target markets. With different regions having their own preferred tastes, oyster producers can take steps to make them appeal to larger markets. Consumers in the lucrative North East markets prefer saltier oysters, for example, so Rheault suggests salting up oysters by leaving them in tanks with saltier water for 24 hours. Giving the customer what they want is perhaps the most important lesson he learned about marketing.

In the meantime, he says the challenges are just natural growing pains that come with a rapidly expanding industry. “This is a pretty young industry. Are there going to be growing pains in a 30-year-old industry? Absolutely. Are we going to conquer them? I’m optimistic,” he says.