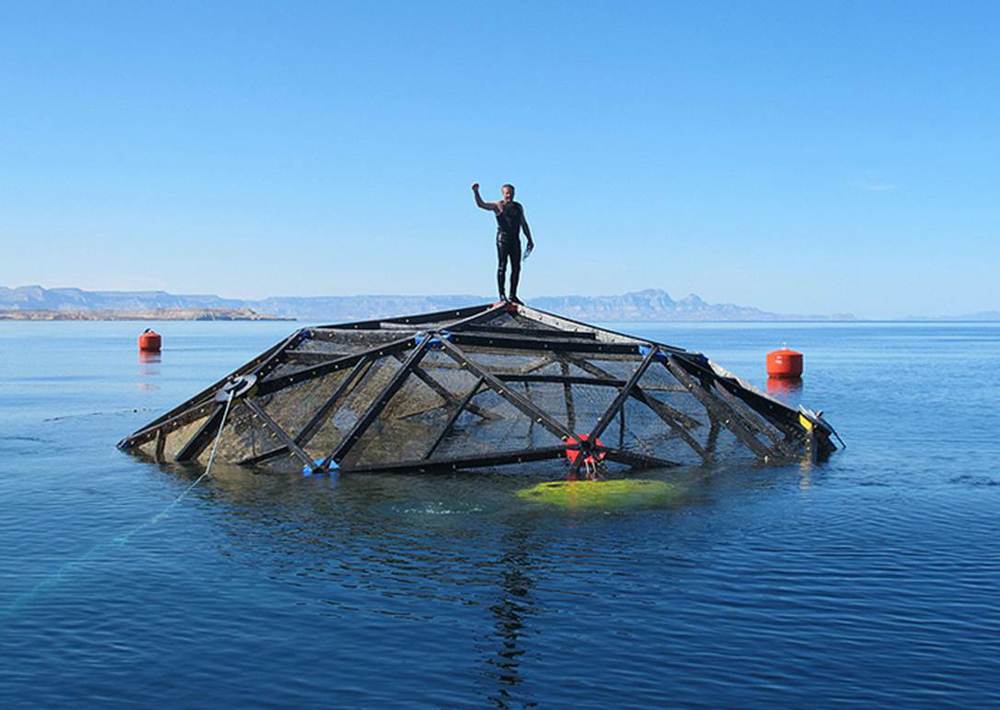 The Mexican government recently announced that it intends to set aside an additional 5,000 hectares for aquaculture over the next year to increase productivity and ensure a greater supply of aquaculture products.

The head of the Secretariat of Agriculture, Livestock, Rural Development, Fisheries and Food, José Calzada Rovirosa, made the announcement at the Economic Forum on Fisheries and Aquaculture saying that the addition will increase the area dedicated to aquaculture to 125,000 hectares by the end of 2016.

Prior to the conference, Mexican aquaculture company, Earth Ocean Farms (EOF), was awarded a new concession which will allow them to expand their operations in the Sea of Cortez.  Based near La Paz, Baja California Sur (BCS), EOF currently operates an offshore site farm of 84 hectares.  The new concession is for an additional 343 hectares (840 acres).

Mario Aguilar, National Commissioner of Aquaculture and Fisheries was quoted as saying, “this reflects our support and commitment to the development of mariculture which has great potential in our country.”

EOF has also recently announced they have partnered with BCS to protect a local endangered fish using sustainable aquaculture practices to rear totoaba (Totoaba macdonaldi). The company has released 1,500 juveniles into the Sea of Cortez as part of a plan to help totoaba stocks recover and generate jobs and value for the state.

“Our vision is to protect this species for future generations and develop a mariculture industry that will create jobs for Baja Sur”says Pablo Konietzko, Director of Earth Ocean Farms, a member of the Innovaciones Alumbra family of companies.