Microplastics in the food chain? Help is on the way 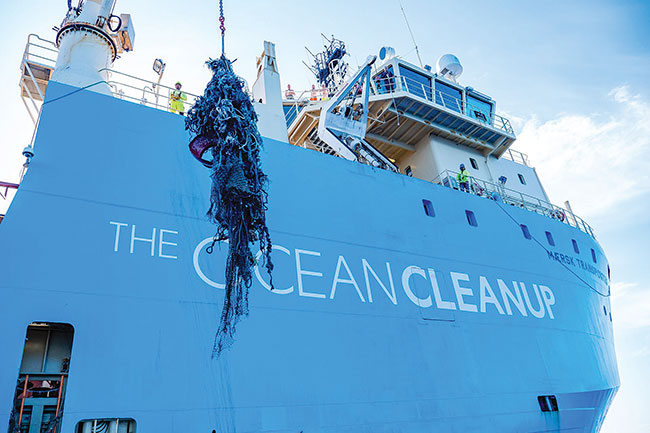 Some of the plastic catch extracted from System 001/B’s first mission Credit: The Ocean Cleanup

News that plastics are finding their way into our food supply created buzz not too long ago, but help could be at hand.

The Ocean Cleanup, a Netherlands-based nonprofit that developed a garbage collection system for the ocean, says it has successfully captured and collected plastic debris in the so-called Great Pacific Garbage Patch. The patch has the largest accumulation of ocean plastic in the world and is located between Hawaii and California.

“In addition to collecting plainly visible pieces of plastic debris, as well as much larger ghost nets associated with commercial fishing, System 001/B has also successfully captured microplastics as small as 1mm–a feat we were pleasantly surprised to achieve,” said The Ocean Cleanup CEO Boyan Slat, who invented the system in 2012 when he was just 18 years old.

The greatest accumulations of plastics and plastic particles tend to be found in coastal waters, which is also where most shellfish farms are operating. NOAA estimates more than one-third of the shellfish-growing waters of the United States are adversely affected by coastal pollution. Humans are exposed to higher microplastics when eating seafood that are consumed whole, such as shellfish (see ANA May/June 2018, page 10).

The next step for the cleanup mission is to address any design challenges and then start the scale-up to the full fleet in 2021. This year, the first plastic catch will be recycled into sustainable products and sold to help fund the continuation of the cleanup operations.