Global harvest volumes for farmed salmon will see moderate growth this year, with supply from traditional and non-conventional sources including land-based salmon farming contributing to that growth, says an analyst. 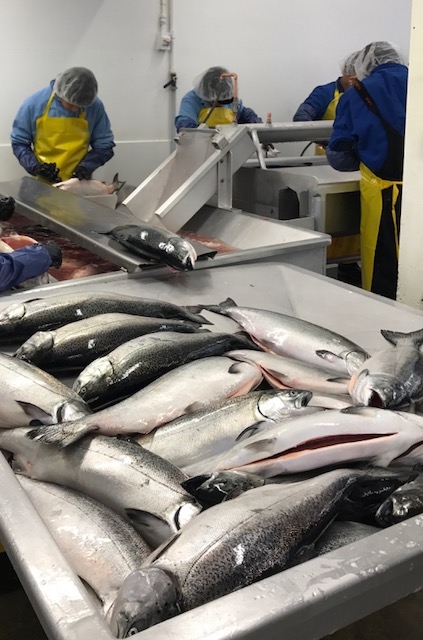 “Farmers are testing out new solutions to these biological challenges and, from what we are both hearing and seeing, these are showing good results now. This is one of the reasons for our expectations for some growth in 2018,” she said.

Handstad said the moderate-growth expectation is also due to the continued reluctance of governments in allowing too much growth.

Speaking about Norway’s experience, “they’re reluctant because of the challenges that we have experienced and also due to the impact on biolife, especially on wild salmon,” she said. Sea lice problems dragged down Norway’s production volumes by 5 percent in 2016.

She described Chile as “facing a new dawn” following 2016’s dismal harvest. An algal bloom dragged down production by 20 percent that year. “We believe in a rebound in the next years. This is due to the new regulations that are put in place, which we believe will create a more sustainable and controlled growth going forward,” she said.