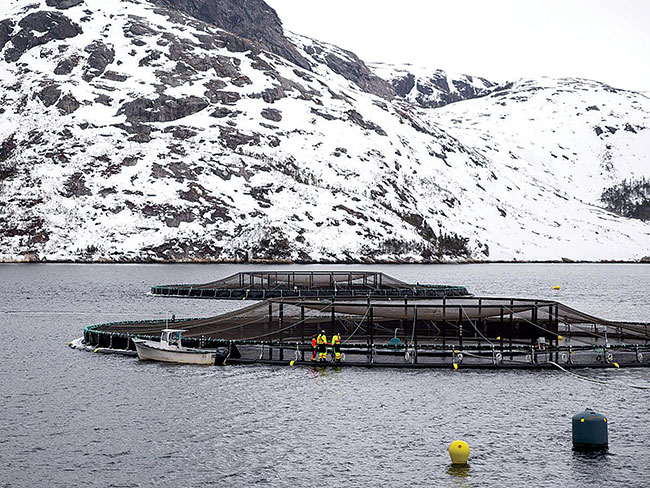 Mowi’s ‘ambitious’ growth strategy for its eastern Canada unit was revised recently to make allowances for the unique challenges in salmon farming in the region, particularly in Newfoundland. (Photo: Mowi)

This is according to a report submitted to the Department of Fisheries, Forestry and Agriculture. According to Newfoundland and Labrador’s aquaculture regulations, abnormal salmon mortality – which is defined as more than 10 per cent of its stock – must be publicly reported.

The reported cause for the salmon mortality is due to a “sudden low dissolved oxygen levels” at the farm site. The salmon averaged three kilograms in size and were scheduled to be harvested before the end of the year.

The company assured in a public statement that “this development will not change those plans.” Mowi also said that further study is underway to determine the exact cause of the low dissolved oxygen and develop further mitigation strategies to prevent recurrence.

“One cannot stop low levels of oxygen occurring at sea, but taking from this event, we will increase our monitoring in this particular area in the future and use this information to help mitigate this event from occurring again.”

(With files from The Canadian Press)