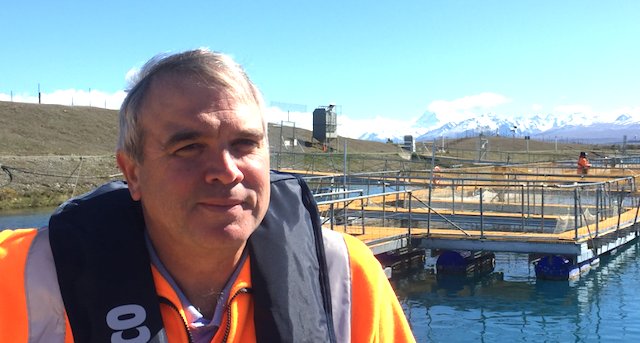 In an announcement in October, Mount Cook Alpine Salmon confirmed that Brian Blanchard will be a member of the senior management team with responsibility for all the company’s salmon farming operations including the company’s hatcheries, it added.

“Much of our salmon is produced for high-end export markets where customers expect us to perform and deliver to a set of global benchmarks,” said CEO David Cole. “Having someone of Brian’s experience will be invaluable in helping us meet and exceed these expectations.”

Blanchard has relocated from Canada with his wife Sharon to take up the full time role at the company’s operations in Twizel. “This is a spectacular opportunity to be involved with a company that has a clear strategy to produce the best salmon in the world and believe me, this really is the best salmon I have ever tasted,” said Blanchard.

He holds a master’s degree in Science, majoring in Aquaculture, from the University of Hull, England, a graduate diploma in Aquaculture Technology from the Marine Institute of Newfoundland in Canada, a BSc in Biology from St Francis Xavier University and numerous alumni awards for his contribution to the aquaculture industry, said the company.