The city of New Bedford has the strongest potential for commercial-scale aquaculture in the entire region of the Massachusetts South Coast, says a study. 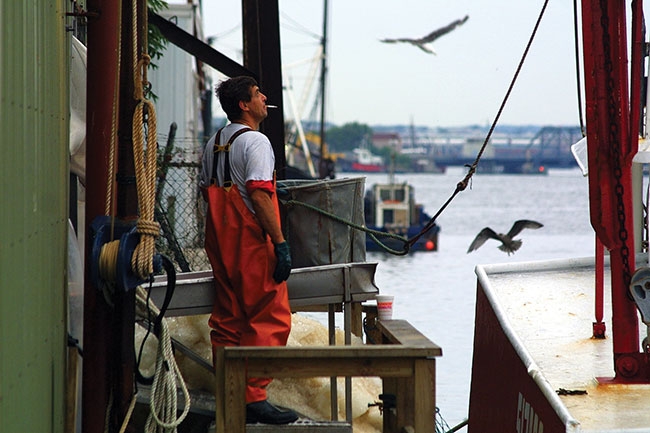 The city’s proposed allotment of almost 8,400 acres for aquaculture and the infrastructure serving the wild seafood industry have been identified as two of the city’s advantages.

Although it doesn’t have any aquaculture now, “the city presents the biggest opportunity for commercial scale-growth, with the potential to attract larger-scale, multiple worker farms to the area,” said the study, Opportunities for aquaculture on the Massachusetts South Coast: A sector analysis.

The 2018 report is intended to lay a foundation for regional stakeholders and communities to consider several possible initiatives that proponents believe could help expand the local economy in the South Coast. The region comprises Dartmouth, Fairhaven, Marion, Mattapoisett, Wareham, Westport and the city of New Bedford.

Ready infrastructure
New Bedford is the most valuable fishing port in the US and the leading seafood hub on the East Coast. Wild seafood, mainly scallops, accounted for the majority of the city’s $9.8-billion GDP in 2016. That figure accounted for two percent of Massachusetts’ entire GDP that year.

“As the leading seafood hub on the East Coast, New Bedford’s industrial waterfront contains an astounding resource of seafood infrastructure that certainly could be integrated into a burgeoning aquaculture industry. Resources such as a labor force, fuel, ice, packaging, cold storage, vessel repair and aquaculture equipment supplies are already abundant to scale in the city,” said the study.

It added: “Access to marketplace is a daily occurrence, with a large number of established seafood processors and wholesale dealers offloading, processing, storing and shipping tons of products annually, with channels ranging from regional to international.”

Barriers to development
However, the study cited challenges to aquaculture development in the region, among them NIMBYism, or the “not-in-my-backyard” attitude. Municipal control of the permitting process makes aquaculture growth vulnerable to NIMBYism and detractors; and requirement that farmers be a town resident is a barrier to commercial-scale operations, the study said.

The South Coast is also comprised of relatively small owner-operated farms, which are often treated only as a hobby or source of secondary income.